11 Celebrities Who Refuse To Drive 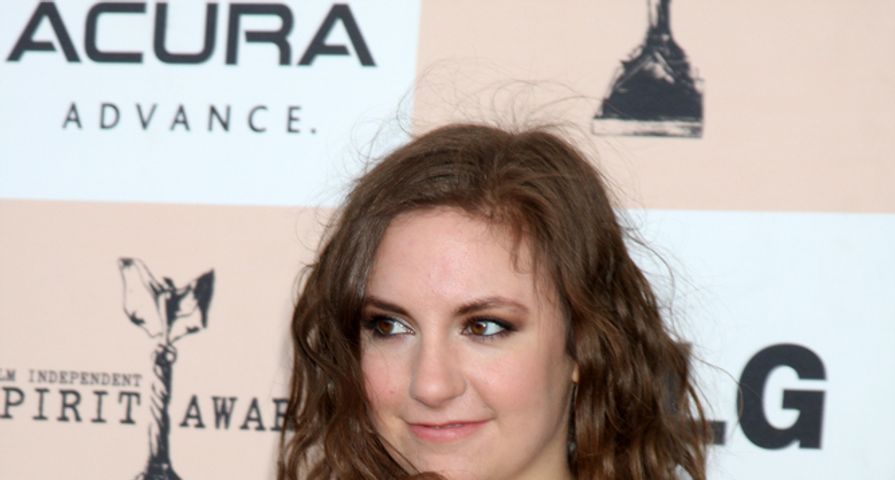 In terms of the lists and various Top 10s we offer on the day to day at Fame10, never has one come with such odd intrigue. Sure, the argument is easily made: when you’re a celebrity, you don’t have to drive–people drive you. However, this list is full of anomalies and shockers of the “Say, what…!?” variety? This list calls for a strange partition of men leading the way to some of the most independent women who have ever lived. And still, none of these people like to drive. And how about all the British guys whose names start with R? Coincidence?

There are people who are probably comforted by the fact that Russell Brand doesn’t like to drive. Yeah, we’re OK with the thought of a sober Brand on the roads, but doesn’t it always seem like this guy is thinking of something else while he’s tending to a task? The truth is, Russell never had the desire to drive being born and raised just outside of London, and enjoying really good public transportation into his formative years. Yes, he did take up driving a bit later in life, but mostly to have it as a skill set for playing various roles, or in the even he needs to bug out. He began the driver’s education process at age 36, about 20 years after most people. He has tried driving in Los Angeles to poor result, including citations for speeding, and driving on the wrong side of the road.

Robert Pattinson is another Brit who simply isn’t in favor of getting behind the wheel. And for those who have never been to Los Angeles, driving in town can be one of the most life threatening decisions you’ll ever make. It is not for the faint of heart. Rob still gave it a go after settling into the United States to enjoy some career ventures, but he explained his driving lessons came independently–self taught–and his tutors were none other than Los Angelenos laying on some pretty heavy horns. Robert is another of the mindset that driving is a good skill set to possess, but if you’re gonna meet him for lunch somewhere, he’d love it if you’d pick him up and do the driving. Perhaps it’s not that Robert “won’t drive,” but he really prefers not to. Again. A little jaunt around Los Angeles, and you’d understand his plight.

Another of the British “R-Men,” funnyman Ricky Gervais doesn’t drive. He relied on public transportation in London throughout his youthful and adult life, so why would he need to drive? Unfortunately, Ricky’s long time girlfriend, Jane Fallon, doesn’t drive either, and when they’re in Los Angeles they’re pretty much screwed. Of course, with the advent of Uber things have changed for the better for all non-drivers, but if you ever notice Ricky Gervais looking oddly uncomfortable while behind the wheel of a car in one of his future acting endeavors, it’s not just for comedic effect. Ricky has never had a drivers license, has no desire to have a drivers license and now in his 50s, will likely never get a drivers license. He doesn’t own a car for someone to drive him in, but he has worked as a spokesperson for Audi. Go figure.

Seriously, it’s another British fella whose name begins with the letter “R” who doesn’t drive. Robbie Williams has been a staple in British entertainment for decades. He was launched to popularity in the United States with his hit song “Millennium,” but he has recorded everything from old jazz standards to contemporary pop songs. And he doesn’t drive. Why would he when he can be driven around? The 41-year-old knows how to operate a vehicle, but the whole putting it into traffic thing isn’t really his vibe. And it’s not that he doesn’t love cars. He loves cars. The engineering. The artistry. He has even owned some very expensive cars including a Jaguar. Still, he doesn’t drive, and has no plans to endure the process of getting a drivers license. He’s another who relies on cabs and private driving services.

Harry Potter can driving a flying car, and probably cast a spell turning a pile of rubbish into an eight cylinder American muscle car, but the actor who played Harry? Not so much. Daniel Radcliffe was another fella who never really had need to drive a car, and when he would have been learning to drive, he was on set playing Harry Potter. At a certain point, Daniel realized that at some point in his career, he’d like to feel comfortable auditioning for a role that required the actor to drive, or at least look like they know what they’re doing while they’re driving. His name does not begin with an “R” so he sees driving as a part of his future. He has taken some driving courses for the sake of having it as a resume skill, but has no plans to become a motor head.

If you’re starting to see the British trend, we’ll break it momentarily–we are simply having too much fun enjoying the fact that driving on the wrong side of the road scares so many people from enjoying the driving rite of passage. In the most ironic of all the non-drivers on this list, there is only one who owns several very expensive cars, and that’s Noel Gallagher of Oasis fame. Noel was the primary songwriter for the group, and his brother, possessing a knack for having the biggest mouth, served as the front man of the band. Like so many others who are London, or England born and bred, Noel didn’t really have the need to rely on self transport growing up, or growing into adulthood. Had he become a drummer, he would have definitely needed his own wheels to transport all his gear… but he’s a guitarist.

Featureflash / Shutterstock.com
Things You Didn't Know About The Irwin Family

And our first lovely lady of the list, and our final Brit: Kate Beckinsale. Unlike most of the fellas on this list, Kate had a great desire to make the driving thing happen, and the fact that she doesn’t drive wasn’t for lack of trying. As it stands, Kate has attempted and failed driving tests three times, and now, at age 42, Kate still doesn’t have a drivers license. She has turned down roles before due to the character’s need to drive in cities–a task Kate considers quite daunting. She has also taken roles, and simply “gone for it.” Fortunately, most driving takes place on closed sets and locations, but it’s funny to think back to some of Kate’s memorable roles, and she’s often reliant on public transportation, or not actually driving when she’s in a car. As it stands, her daughter Lily, now 15, may get her license first.

It’s not shocking to learn that people don’t want to drive as they get older, but it shocking to learn that an older someone, known for their fierce independence, and “I can do anything” attitude never learned to drive. Such is the case for the former anchorwoman and host, Barbara Walters. She never learned to drive, and at the point of needing to get from point A to point B in rapid fashion, she enjoyed enough clout that a car would be sent to her to take her where she needed to go. When Barbara sat down to an interview with Vogue in May of 2014, the accomplished journalist got a little saucy when asked about her history of not driving: “Don’t try to analyze me; it’s just how it is.” And with that we’ll withdraw our inquiry, and wish Barbara the best in the passenger seat.

Tina Fey simply isn’t a fan of driving. Yes, she has driven before. Yes, she knows how to operate a car–in theory. Yes, it is also true that she was in a car while shooting a commercial, then attempted to get out of the vehicle before putting it in park. For anyone who has ever accidentally, and absentmindedly done this, it can go south quickly depending on where the car is resting. Fortunately, Tina caused no damage, other than to her fragile driving confidence. As it stands, Tina lives in, and loves New York, so there is really no need to rely on anything outside of public transportation. Taxis are in abundance, as is the subway and of course, when you’re an A-lister like Tina, private car services. As she sees it, she can drive if she needs to for a role, but beyond that, she’ll stick to being driven.

Another fiercely independent woman who doesn’t drive. Admittedly, this one was a bit of a shocker, because Barbara Streisand is the type of person who doesn’t let anyone do anything for her, and she has a reputation of being a bit of a backseat driver as well. In truth, she was once asked about not driving, and it’s because she used to, but had an incident that scared her so badly, she’s fearful to get back behind the wheel. While out and about in L.A. (all driving horror stories are from L.A.) she took a wrong turn, and somehow ended up going the wrong way on a freeway off ramp. From the other perspective, she was using the off ram as an on ramp. Any Los Angeleno will tell you that off ramps are pretty much like pit road, and very few people obey the posted speed limit.

Last, but certainly not least, we have young, independent Lena Dunham. The writer, director, actress who is unafraid to strip to the buff for a camera and audience of millions, but terrified of being behind the wheel of a motor vehicle. Fears manifest in fascinating manners. For Lena, her fear is derived from the potential of hurting someone else while she is behind the wheel. She knows how to drive, but she now has an irrational fear of the act, due to tragedies experienced by others like Rebecca Gayheart–who never really recovered after the 2001 accident that claimed the life of a child–and Brandy Norwood and her unfortunate accident that left another driver dead following an accident on Los Angeles’ famed 405 freeway. It’s not all that surprising, however, when considering how nervous Lena gets for live TV appearances. Some people aren’t cut out for the road.