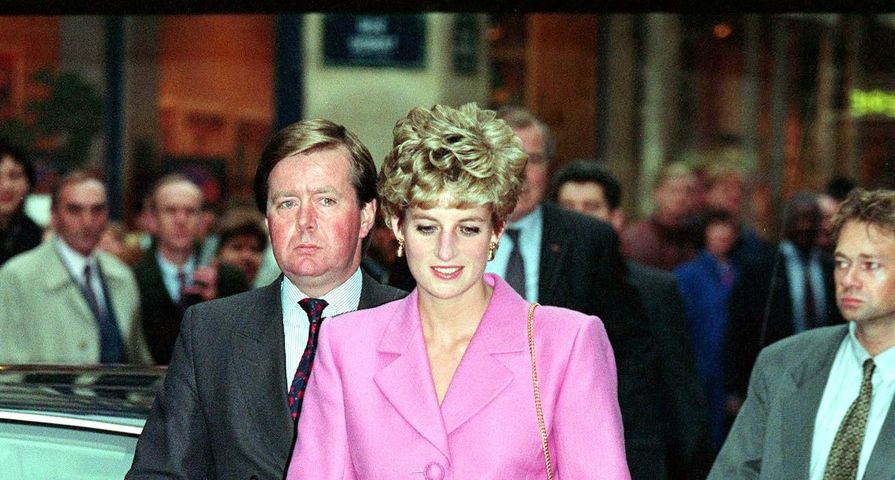 It’s been a shocking 20 years since Princess Diana passed in a tragic Paris car accident back on August 31, 1997. The beloved princess was only 36 at the time of her death, but during her short life, she deeply affected the world with her compassionate nature and approachable aura. Princess Diana was not one to follow rules and inaugurated a new style of royal leadership by breaking boundaries that were previously considered untouchable for a figure of royal class. “I lead from the heart, not the head, and albeit that’s got me into trouble in my work, I understand that,” she once admitted. “But someone’s got to go out there and love people and show it.” Follow along for 16 times that Princess Diana did the unexpected and broke the royal code:

16. She loved to wear black

Queen Elizabeth set the dress code that Royal women must wear bright colors for public appearances so royal fans can easily spot them in a crowd. The Queen believed black should only be reserved for somber occasions and funerals. Diana, however, being the fashion icon she is, decided to trailblaze her own path as a Royal fashion icon and wore black on many occasions.

15. She chose not to wear hats or gloves

The Queen is almost always seen in one of her signature hats and a set of gloves. She keeps the gloves on even when shaking hands at events. Diana, however, dropped the practice. “She abandoned the royal protocol of wearing gloves because she liked to hold hands when visiting people or shake hands and have direct contact,” PEOPLE shared. “ She also stopped wearing hats because she said, ‘You can’t cuddle a child in a hat.’”

14. She gave birth in a hospital

It was customary for decades that royal births occurred at home up until the 1977 birth of the first of Queen Elizabeth’s grandchildren, Peter Phillips. Lady Diana also opted to skip out on the at-home-birth tradition and started one of her own at Lindo Wing of St. Mary’s Hospital. She and Prince Charles introduced William and Harry to the world on the steps outside Lindo Wing, which is a tradition that William and Kate followed suit with when introducing their own children to the world.

13. She had a paying job before becoming a royal

Despite being from a wealthy family and having the title of Lady Diana Spencer prior to marrying Prince Charles, this didn’t mean Diana didn’t know the value of hard work. She worked as a nanny and a nursery school teacher in London prior to becoming Royal, which made her the first royal bride to have had a paying job before her engagement.

12. She rearranged her royal obligations for her children

While Princess Diana was obviously a huge people person and loved to attend public appearances, it was her children William and Harry that always came first. Sometimes she was forced to leave her boys with the nannies, but she’d often try to “arrange her schedule to match the boys’,” Katrine Ames wrote of her parenting in Newsweek.

11. She casually eat in the kitchen

The royal staff was very taken aback by Lady Diana for her casualness and tendency to act like a commoner. According to her royal chef, Darren McGrady, Diana would occasionally wander down to the kitchen and eat with the staff, which was something “the rest of the Royals would never do.” This proved that Diana didn’t care much about obliging to the strict royal rulebook and that she saw her staff as her equals, not servants.

10. She picked her own engagement ring from a catalog

All royals were entitled to choose a custom-designed engagement ring, prior to Diana that is! The 19-year old bride-to-be opted for the practical route and selected her ideal ring from a Garrard jewelry catalog. The stunning ring was made of 14 solitaire diamonds that sat around a 12-carat sapphire and was set in white gold. The legendary ring got passed down throughout the generations and is the ring that Duchess of Cambridge Kate Middleton wears now.

9. She made adjustments to the traditional wedding vows

Even on a day as traditional as a white wedding, Princess Diana found a way to cause a stir! Unlike the royals to marry before her, Diana decided to adjust the words in her vows and chose to abandon the previous statement that said she would “obey” Prince Charles. The bride ditched royal protocol and instead promised to “love, comfort, honor and keep” her husband. The controversial move was later followed by Kate Middleton as she married Prince William nearly three decades later.

8. She wanted her children to understand how to live a normal life

Princess Diana’s greatest wish was that her children would grow up in an environment that was as normal as possible. She took her sons Prince William and Prince Harry to get dinner at McDonalds, rode the bus and subway with them and allowed them to wear casual jeans and ball caps. She also allowed them to pursue their adventurous sides by taking them white-water rafting, on bike rides and even to Disneyland where they waited in lines just like everyone else! She exposed her children to homeless shelters, charities and hospitals and encouraged them to learn the privilege of their position and how to use it to help others. “She very much wanted to get us to see the rawness of real life,” Prince William told ABC News in 2012.

7. She got down to the level of people she was speaking to

Princess Diana was known as the “people’s princess” and consistently exuded an approachable and compassionate vibe. Prior to Diana, it was protocal that royals must never sink down to the level of a commoner or non-Royal and always uphold a high status of privilege. Princess Diana abandoned this royal code and was often seen crouching to be at eye-level and seem an equal to children, the elderly and the ill. “The royal family used to say that everyone had to be deferential to them. But Diana said, ‘If someone might be nervous of you or you’re speaking to a very young child or a sick person, get yourself on their level,'” Ingrid Stewart, editor of Majesty magazine, wrote.

6. She sent her children to school

Of all the surprising moves of Princess Diana, the one that shocked the world the most was that she enrolled Prince William and Harry in public school! Prince William attended nursery school at age 3 and was the first heir to the British throne to not start his education at home in the palace, but rather in a public setting with other children. Prince Harry followed suit years later and William was captured earlier this year escorting his own son Prince George to his first day of public school.

5. She spoke about mental illness and eating disorders

Many royals preceding Princess Diana were quite aloof about their personal lives and preferred to share surface details rather than delve into deep-rooted issues. Diana, however, broke this royal standard and opened up about her own mental health struggles and her past of battling an eating disorder. She confessed to Martin Bashir that the stress of faking a publicly intact marriage caused her to spiral. “That’s like a secret disease … You inflict it upon yourself because your self-esteem is at a low ebb, and you don’t think you’re worthy or valuable … It’s a repetitive pattern which is very destructive to yourself.” Her honesty definitely served the world well and opened up the conversation about mental health struggles that was previously viewed as taboo. Her story is also the reason her sons Prince William and Harry advocate so passionately for mental health to this day.

4. She publicly dated other men following her royal divorce

After announcing her separation from Prince Charles, Diana definitely did not disappear from the public eye or become a topic of disinterest. She enjoyed her life as a single mom and was spotted on various occasions dating other wealthy men. Dodi Al Fayed was one of Diana’s more serious flings and she and Prince William even vacationed with him in Saint Tropez during the summer of 1997. Dodi was also was in the car with Diana when she was killed in a tragic Paris car crash on August 31 later that year.

3. She spoke candidly and opened up in interviews

Unlike the royals before her, Princess Diana set a new standard when it came to interviews and was quite revealing with the press. She spoke frankly about her life and even shared details of her marriage by stating, “A woman’s instinct is a very good one; obviously I had knowledge of it from people who minded and cared about our marriage … There were three of us in this marriage, so it was a bit crowded.” She also admitted to the press that she was having an affair with James Hewitt and stated, “Yes, I adored him. Yes, I was in love with him. But I was very let down.”

2. She ignored the Queen’s fashion rules

Princess Diana was a fashion icon and made bold decisions with her style that many royals had never done before. She donned leggy mini dresses, diamond chokers and revealing necklines that certainly broke the queen’s dress code of formality and modesty. Diana’s style was definitely a huge part of her allure and she often graced the cover of women’s magazines with her stunning selections, Vogue included!

1. She was actively involved in charitable causes

Princess Diana was not afraid to get her hands dirty, especially when it came to charitable work that she was passionate about! She supported many charities throughout her life like any royal does, but Diana loved to get in the center of the action as well. She walked across a partially cleared minefield to spread awareness, visited Brazilian AIDS orphans when the disease was not well understood and shook hands with people that had HIV with no hesitation. “HIV does not make people dangerous to know,” the gracious princess said. “So you can shake their hands and give them a hug: Heaven knows they need it.” 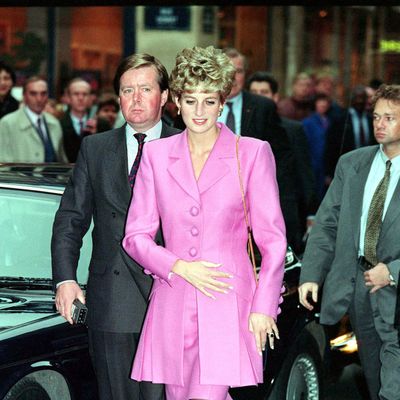