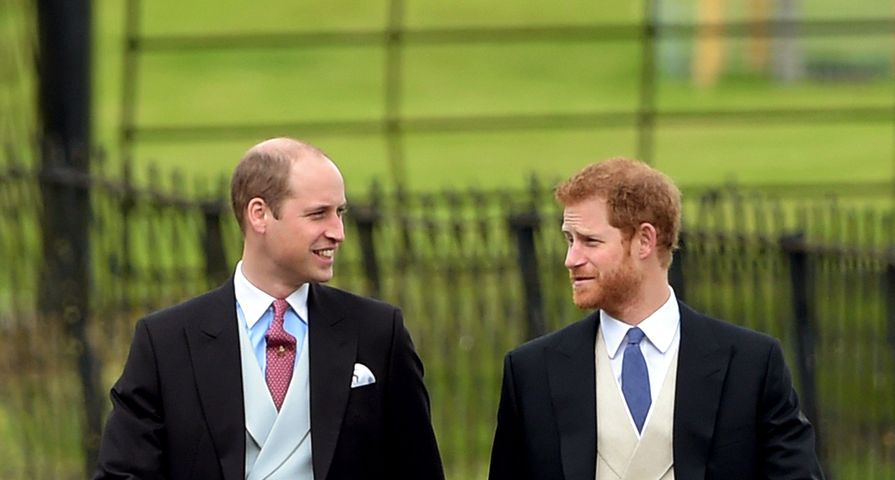 Through the years, Prince Harry and Prince William have always seemed to have a really close relationship. However, in recent years, things don’t seem to be as rosy between the brothers. If you think you know everything about the two brothers and their bond, check out these 12 things you did not know about their relationship:

12. They Get Together Every Year on the Anniversary of Princess Diana’s Death

Every year on the anniversary of their mother’s death, the two brothers get together to reminisce. “They talk about the little things about Diana that made them laugh: the ski trips and outings to [the theme park] Thorpe Park, the effort she went to on their birthdays — all of it,” a royal insider told Us Weekly. Later on that day, they are joined by their significant others and their children.

11. Their Mother’s Death Brought them Closer Together

According to William, losing their mother at such a young age brought them closer together. “My brother and I’s relationship is closer than it’s been because of the situations we’ve been through,” he said. “Losing our mother at a young age has helped us to travel through that difficult patch together. You’re like-minded. You go through similar things, it’s a bond and it’s something you know you’ve tackled together and come out better for it.”

10. They Were Each Other’s Best Man

For Prince William’s 2011 wedding to Kate Middleton, he broke with protocol and appointed Prince Harry as his best man. Then, for Harry’s 2018 wedding to Meghan Markle, he asked William to serve as his best man, and he happily accepted.

9. Harry and Kate Were Really Close

Harry became friends with Kate Middleton while she was dating William, and the two were often spotted together at various royal events having a good time. However, their friendship began falling apart once Harry became involved with Meghan Markle. According to Express, Harry felt that Kate wasn’t being supportive of Meghan. He expressed to both her and William how he felt with Meghan present. While both Kate and William were adamant that they adored Meghan and were supportive of their relationship, this failed to mend the situation.

Prince Harry struggled to come to terms with his mother’s untimely death during his 20s. At one point, William tried to persuade him to seek professional help, telling him that it was not normal to think that something like losing his mother would not affect him. When he was 28, Harry finally sought help and began dealing with his grief and was able to reinvent himself and carve out a role for himself in the royal family as a result.

7. William Had Concerns about Meghan Markle

After Harry first introduced William to Meghan in 2016, William had some concerns about his new girlfriend and voiced them to him. “William told his brother they knew nothing about her background, her intentions, what she was really like. He just wanted to stress that becoming part of the Royal Family is a massive undertaking and the pressure and scrutiny is unrelenting. Was Meghan the right one?” an insider told The Sun. He also reportedly told Harry that the relationship was moving too quickly after Harry told him that he wanted to marry her after a less than a year of dating. Naturally, Harry was hurt by this and their relationship hasn’t really recovered.

Outside of formal appearances, Prince William and Prince Harry haven’t been spending much time together. Also, they don’t share the same group of friends. An insider told People that the brothers “are at very different situations in their lives.”

5. William is Jealous of Harry and Meghan’s Popularity

Prince William was reportedly jealous of the positive attention that Prince Harry and Meghan Markle were receiving in 2018. Royal biographer Robert Jobson told Cosmopolitan that William is “extremely competitive with members of his family when it comes to media coverage.”  William was reportedly really annoyed about Harry and Meghan’s visit to Cardiff Castle in January 2018 and found a way to steal the attention. “Intriguingly, William — who was also on a royal engagement — chose the same day to display a new and dramatic buzz cut hairstyle. As a result, Harry was not the only royal Prince featured in the following day’s papers,” Jobson wrote.

According to a mutual friend of the princes, there was a fallout at Christmas in 2017 because Harry didn’t feel as though William was doing enough to welcome Meghan into the royal family. “Harry felt William wasn’t rolling out the red carpet for Meghan and told him so. They had a bit of a fall out which was only resolved when Charles stepped in and asked William to make an effort. That’s when the Cambridges invited the Sussexes to spend Christmas with them,” the friend told Vanity Fair.

Prior to Harry’s marriage to Meghan Markle, Prince Harry shared an office and staff at Kensington Palace with his brother William and his wife Kate Middleton. However, in 2019, it was announced that Harry and Meghan would be separating their joint office from William and Kate and starting their own foundation with their own communications staff.

2. Their Relationship Has Changed

In the documentary, Harry & Meghan: An African Journey, the younger prince admits that his relationship with his brother has changed and that they are no longer as close. “Part of this role and part of this job, and this family, being under the pressure that it’s under, inevitably, you know, stuff happens,” he said. “But look, we’re brothers, we’ll always be brothers. And we’re certainly on different paths at the moment, but I’ll always be there for him, as I know he’ll always be there for me.”

After the ITV documentary Harry & Meghan: an African Journey aired, a palace source revealed that Prince William was worried about his brother and his wife. However, another insider claimed that William was livid about the two publicly airing their dirty laundry. 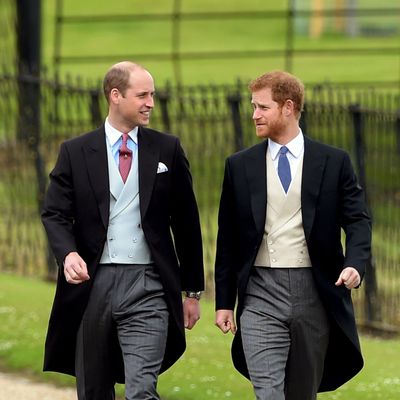