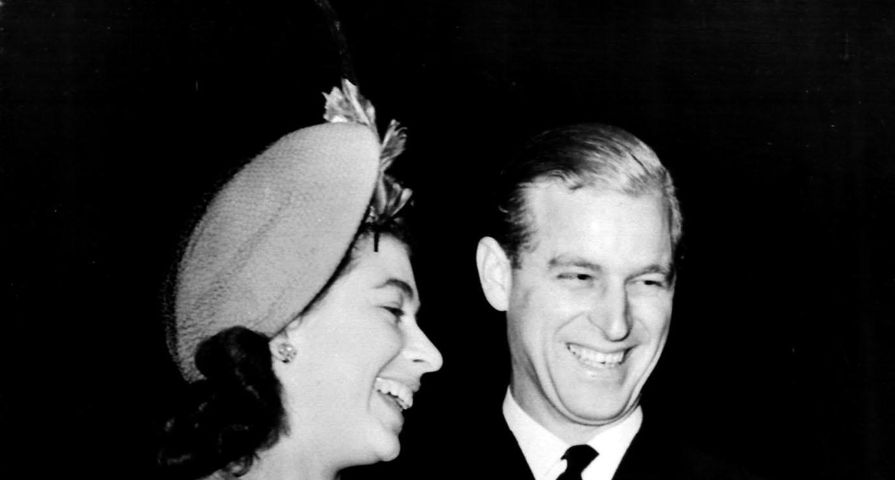 Queen Elizabeth and Prince Philip have been married for more than 70 years and all throughout their marriage they have had countless pictures taken of them. While we’re familiar with what the couple looks like now, check out these 17 rare pictures from early on in their marriage:

Queen Elizabeth and Prince Philip looked like the perfect royal couple when they visited Trinidad and Tobago in 1957. She looked incredibly stylish while he looked dapper. They would have been married ten years at this point. 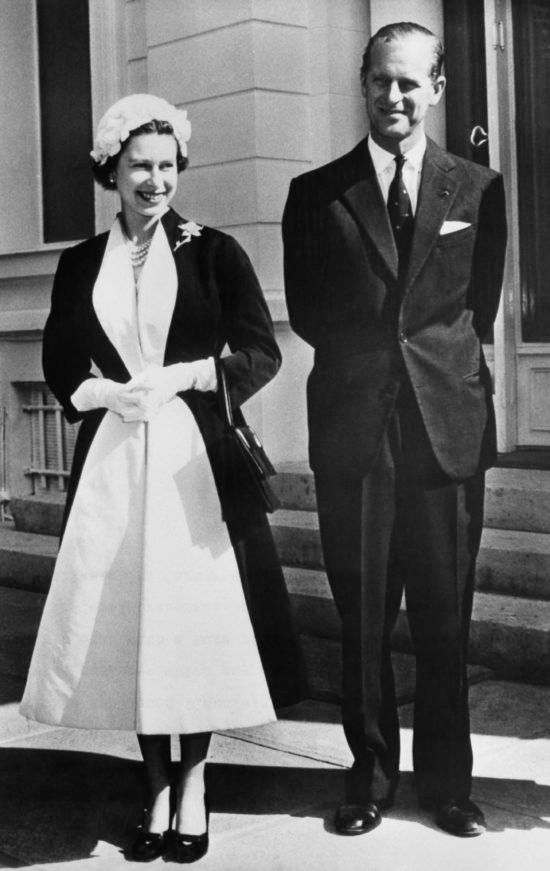 Elizabeth and Philip along with their four children – Charles, Anne, Andrew and Edward – were all together to celebrate her 42nd birthday at Frogmore House in Windsor, England, in 1968. Such a beautiful photo of a really beautiful family! 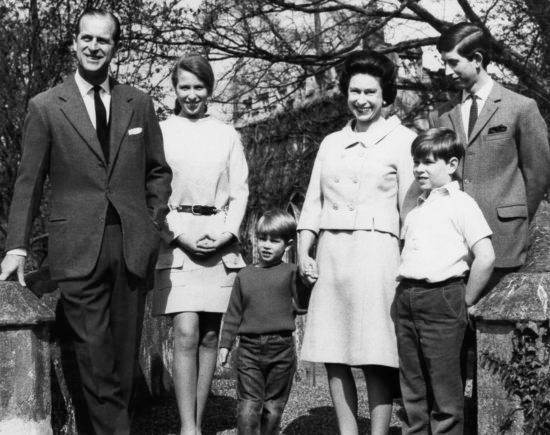 After their wedding, the royal couple attended the launching of the RMS Caronia in Clydebank. While there, the couple stopped by the town hall to receive the town’s wedding present that they gifted the couple – an electric sewing machine! 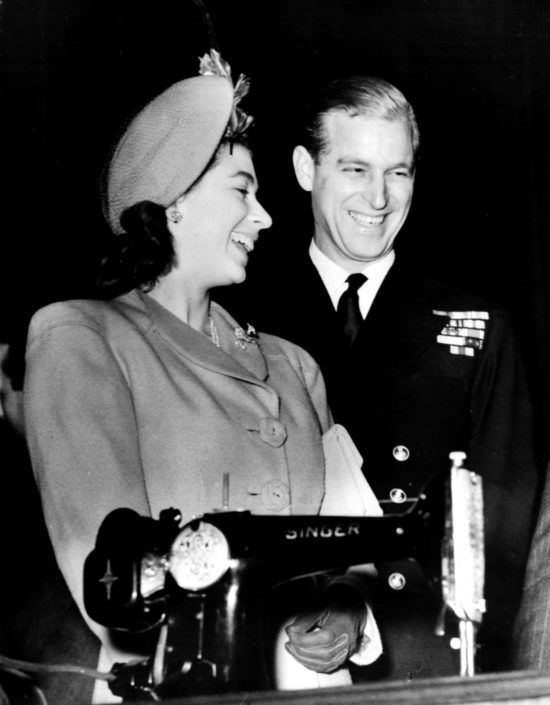 Here are the Duke and Duchess of Edinburgh at the christening of their first child, Prince Charles. Elizabeth, at this point, was not yet the Queen of England and had only been married to Philip for about a year when they welcomed Prince Charles into the world. 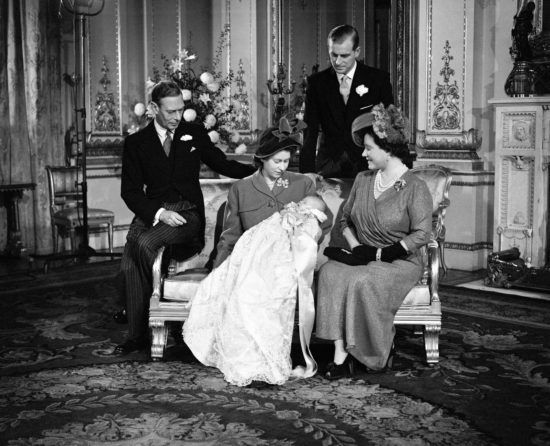 Queen Elizabeth and Prince Philip were married at Westminster Abbey in November 1947, just four months after they announced their engagement. Here the two of them are just after their wedding. They both look really smitten! 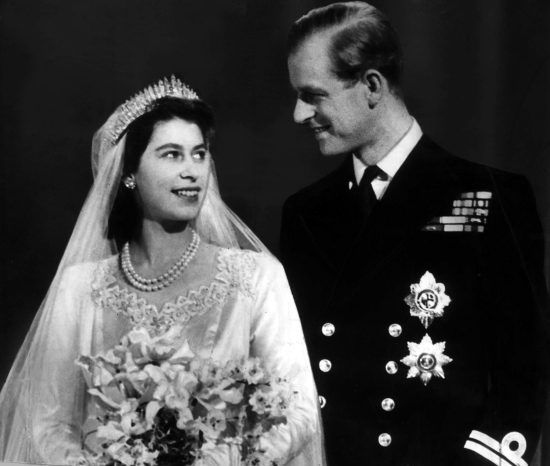 The year 1952 was an important one for Elizabeth – she became the Queen of the United Kingdom and Philip became her consort. This picture was from that time period, which is why she’s wearing a crown and a sash. 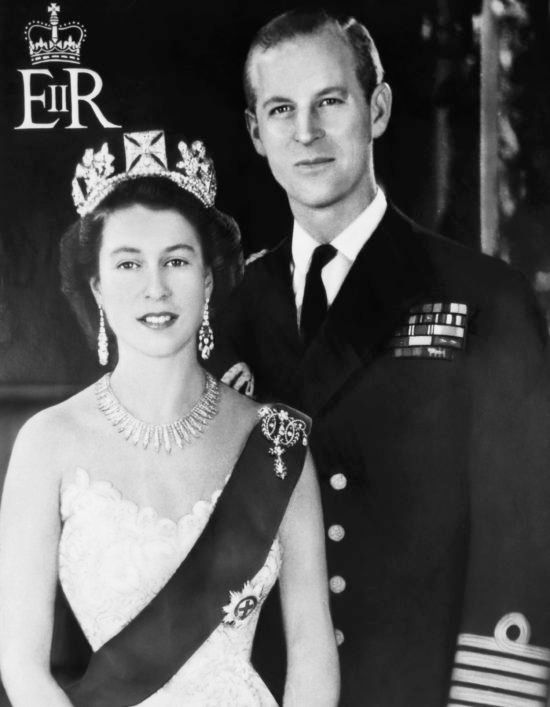 In 1957, the royal couple visited U.S. President Eisenhower and his wife, Mamie Eisenhower, in Washington, D.C. In this picture, Elizabeth and Philip were at Union State, waving to the crowds, as they left for New York City. 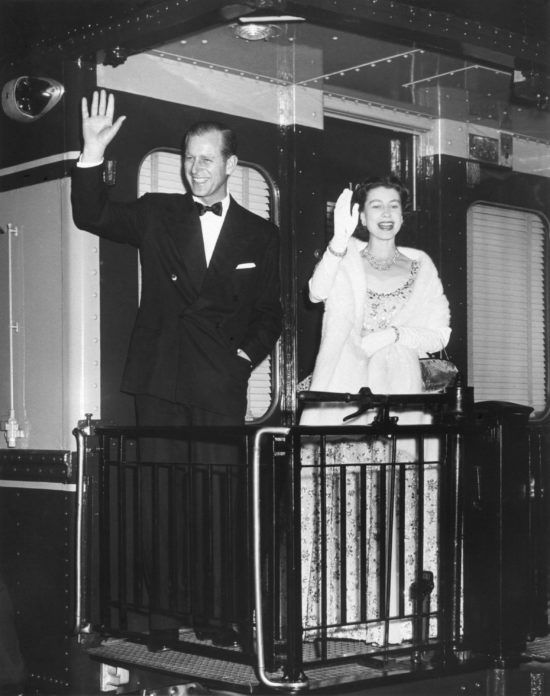 The Queen presented her husband with a polo trophy at Windsor Great Park in 1961. These two certainly weren’t into any sort of PDA. The way she presented the trophy seems formal. By the time Prince Charles married Lady Diana Spencer, the two were able to show a little more affection than this! 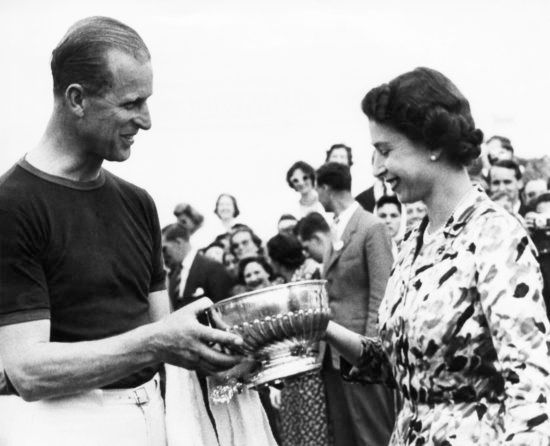 Here Prince Philip and Queen Elizabeth are in 1951, a year after welcoming their second child, daughter Anne. Their eldest son, Prince Charles, is sitting next Elizabeth and Anne. It would be several more years before they welcomed their younger sons, Prince Andrew and Prince Edward. 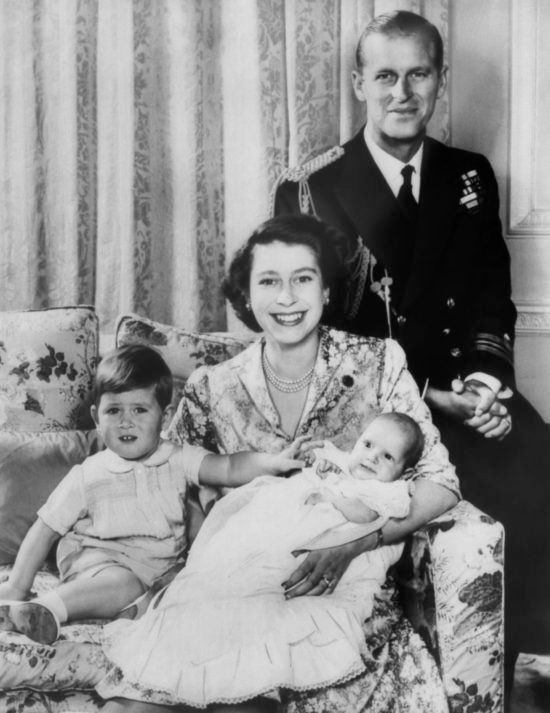 Queen Elizabeth’s coronation was in 1953 and this is a photo from the celebration. She and Prince Philip were on the balcony of Buckingham Palace with their children as they waved to the crowds. It was a big day for the royal couple. 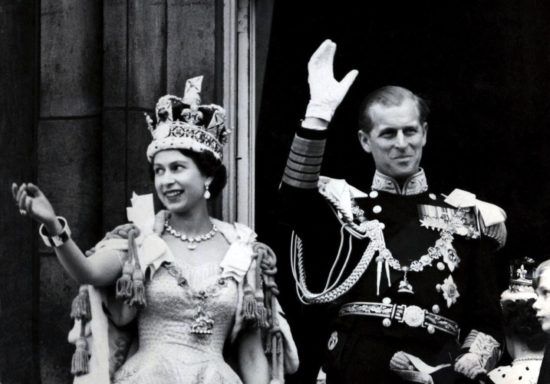 In 1953, the royal family was a family of just four! Here Elizabeth and Philip are at Balmoral Castle with their two eldest children, Prince Charles and Princess Anne. It’s a pretty formal looking family portrait. Charles looks so young and timid! 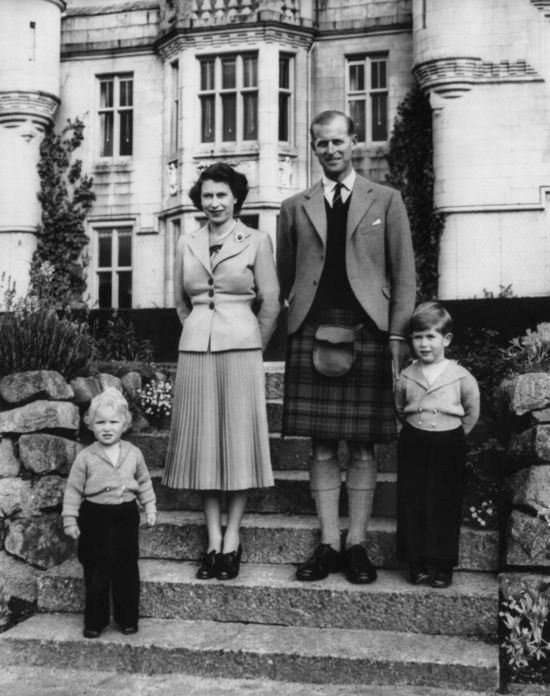 The couple became engaged in 1946, but officially announced their engagement in July 1947. Here they are announcing their engagement at Buckingham Palace in London. They look so young and stylish – and in love! 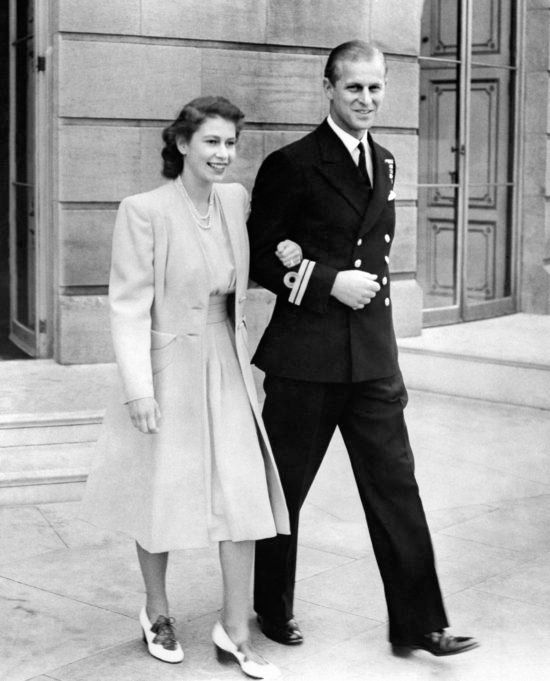 Queen Elizabeth attended one of Prince Philip’s polo matches at Smith’s Lawn, Windsor Great Park, in 1956 with her two children, Prince Charles and Princess Anne, and one of her adorable corgis. They made such an attractive family! 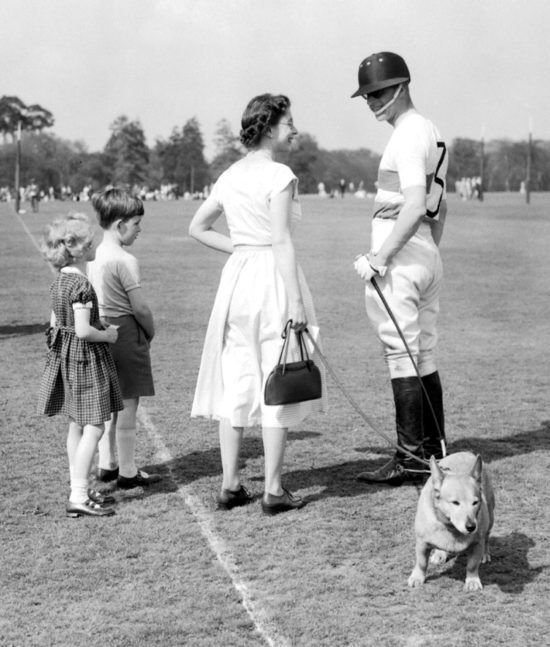 Here the Duke and Duchess of Edinburgh are with their two children, Prince Charles and Princess Anne, in 1951. Elizabeth’s father was in poor health at this point and it was only a short time before he passed away and she ascended the throne. 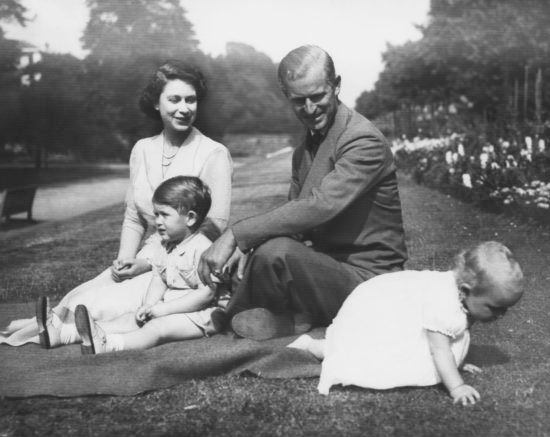 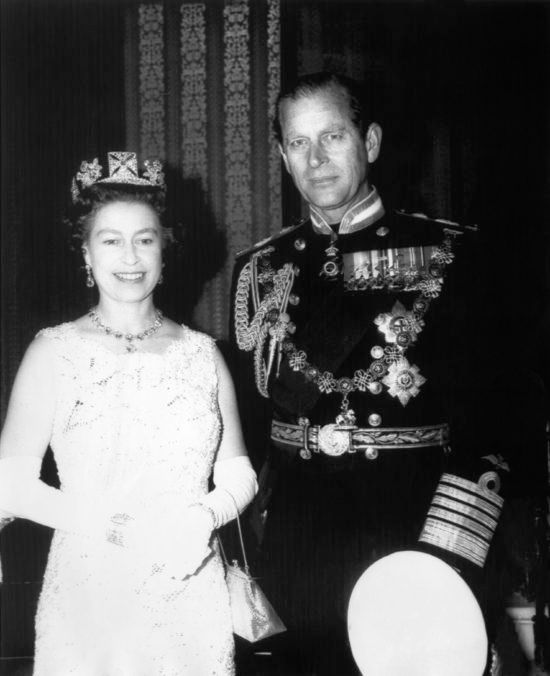 This is another photo from the royal couple’s engagement announcement. This is a pretty sweet photo. Look at the way Prince Philip was looking at Queen Elizabeth and the way that she looked back to him. Now that’s true love! 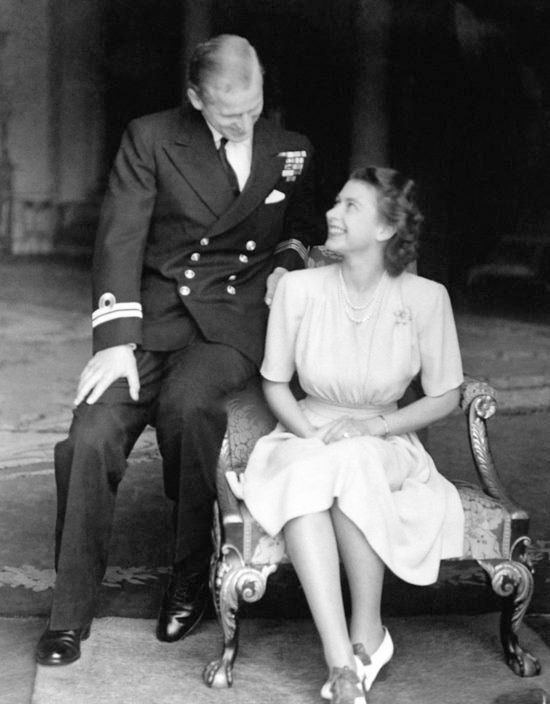 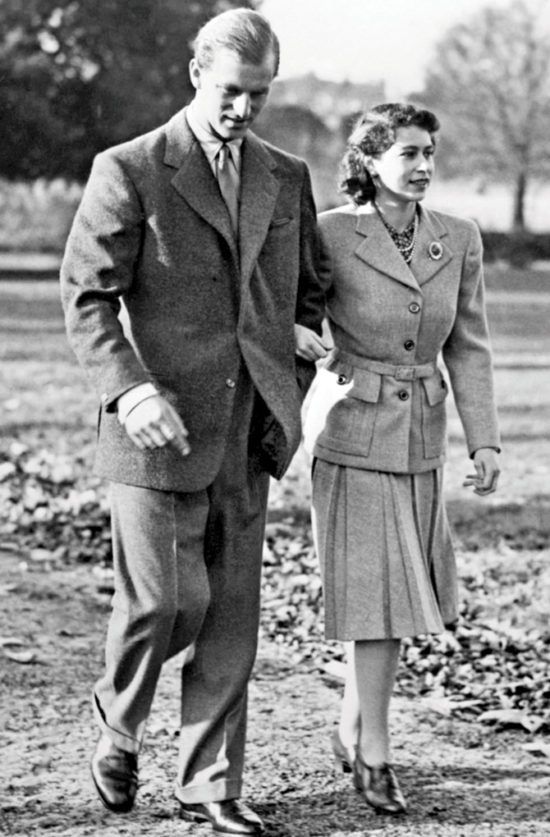 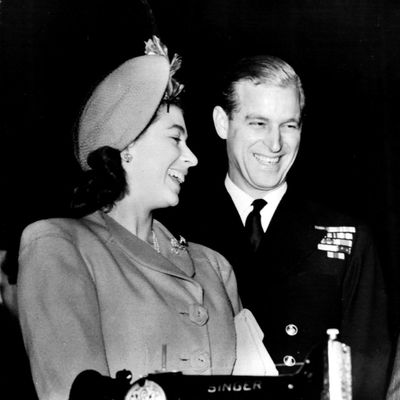