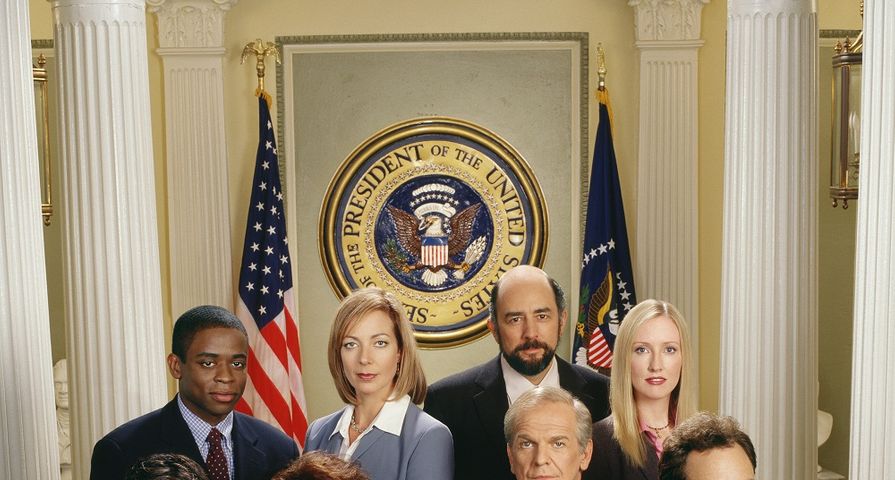 Aaron Sorkin’s The West Wing aired for seven successful seasons on NBC from 1999 to 2006. Set primarily in the West Wing, the show features Martin Sheen as President Bartlet and depicts the drama behind the oval office’s doors. Although the show is not completely accurate in its portrayal of the West Wing, it received positive reviews from critics, political science professors and former White House staffers. Since we all love a good political drama, we figured we would we would let you all in a bunch of secrets – all those things The West Wing didn’t want any of us to know!

Danny Concannon (Timothy Busfield) asked C.J. Gregg (Allison Janney) out on a date and told her that while he likes movies and music, but is not a fan of ice-skating. While growing up Janney aspired to be an Olympic figure skater.

In The West Wing, Martin Sheen plays President Josiah ‘Jed’ Bartlet, a genuine and respectable man. In 1983, Sheen portrayed a rather different presidential candidate. Sheen appears in The Dead Zone as Greg Stillson, who intends to nuke Russia if he becomes President and uses a baby as a human shield.

Actress NiCole Robinson (Margaret Hooper) became pregnant while shooting the sixth season of The West Wing. As often happens in Hollywood, her character Margaret also became pregnant, but the show’s writers didn’t include who the baby’s father was or what happened to Margaret’s child after it was born. The actress said it’s either the UPS guy or Bruno Gianelli (Ron Silver).

6. Calling Sorkin Gets You What You Want

Bradley Whitford wanted the role of Josh Lyman so badly that when he didn’t get it and was offered the part of Sam Seaborn instead, he called up Aaron Sorkin who gave him the role.

5. Based on Real Life Romance

Dee Dee Myers was a former press secretary for the White House and worked as a consultant on the show. The relationship between C.J. Cregg and Danny Concannon was based on Myers’ marriage to Todd Purdum, a New York Times White House correspondent.

Aaron Sorkin left The West Wing after Season Four and never saw another episode, because he said it was like watching someone else kissing his girlfriend.

2. Wasted Away Again in Mandyville

No one is sure what happened to Mandy (Moira Kelly) after the first season. Creator Aaron Sorkin decided the character had no more to add to the show and she simply disappeared. Mandyville is now the term used to describe characters who vanish in a series.

Actor Kal Penn used to work in the White House’s Office of Public Engagement during the Obama Administration. He wanted to order in Chinese food while working at 11 o’clock at night, but was told that it wasn’t allowed. Penn was confused because they did it all the time on The West Wing. Penn would go on to play Kevin in How I Met Your Mother.