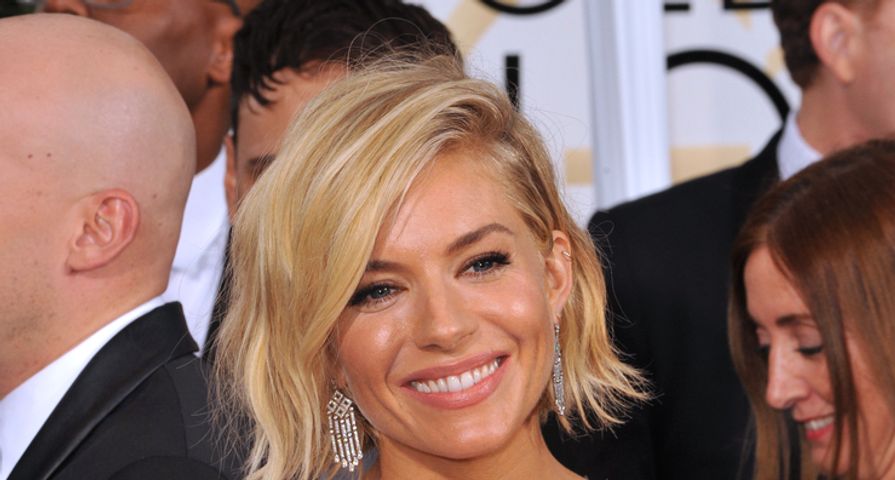 Sienna Miller is one actress who is better known for her tabloid persona than her skills as an actress, but that’s been changing over the past few years. She’s been involved in a number of critically acclaimed films including Foxcatcher and American Sniper, which has allowed her to finally showcase her talents. Even though she lived out her 20s in the gossip columns, there’s not a lot that is known about the British beauty, so check out these 10 things you probably didn’t know about her:

One of the actress’ biggest professional regrets is starring in G.I. Joe: The Rise of the Cobra. “It was what it was, but I compromised my own values to a certain degree and I didn’t feel good about that. I’m not very good at fighting. And I’m not very good at guns. And I’m not particularly aggressive. I had to wear sunglasses because every time I shot my gun I would blink. I was completely out of place, like this little midget running round in black leather winning fights, which was just absurd. They did a wondrous job with the wardrobe to make me look threatening,” she told Time Out. “GI Joe was, at least, a great paycheck. If, financially, I’m okay – which luckily I am – there’s no point in doing stuff that’s not right for me. It’s too much time away from home.”

Miller has had a number of high profile relationships. She first shot to fame because of her relationship with Jude Law. They met on the set of the 2004 film Alfie. They broke up in 2005 after Law admitted to having an affair with his children’s nanny, but reconciled only to break up in 2006. They got back together in 2009, but broke up for good in 2011. She also dated Rhys Ifans from 2007 to 2008 and then hooked up married actor Balthazar Getty in 2008. In 2011, after her final breakup with Law, she got started dating actor Tom Sturridge. They got engaged in 2012 and also welcomed their daughter, Marlowe, that same year, but broke up in 2015. She’s now reportedly dating American director, Bennett Miller, who she met while filming Foxcatcher.

When the American Sniper actress gave birth to her daughter Marlowe in 2012, she had her heart set on a water birth, but things ended up getting complicated during her delivery. “My birth went all wrong. I had my heart set on this natural water birth and I ended up, after 27 hours, having an emergency C-section,” she told Time Out.

The Foxfire actress had a supporting role in the Whitey Bulgar biopic Black Mass alongside Johnny Depp, but her parts were cut from the film. She was playing Bulgar’s girlfriend Catherine Greig, who went into hiding with him when he became a fugitive. Miller had put a lot of effort into the role, which included working with a dialect coach to perfect her Boston accent. According to the director, his decision to cut Miller’s scenes was narrative choice. She gave a “fantastic” performance, but he wanted to narrow down the scope of the story.

The Layer Cake actress was stalked relentlessly by the paparazzi because of her relationship with Jude Law and it continued long after they broke up. She needed to get an injunction to protect herself and she had to get pretty creative to get evidence to secure the injunction. “The paparazzi sat outside my home in London, and everywhere I went, I was followed by 12 cars. It wasn’t even safe to take my sister Savannah’s kids out. My whole life was documented and manipulated,” she told Marie Claire. “I thought, I’ve got to put a law in place to make it illegal for people to sit outside my home. I sought an injunction. Filming them secretly for a year with a camera the size of a cigarette lighter and then going to court in 2008 with the evidence.”

The Alfie actress’ 20s were tumultuous and she needed therapy to help get her through it. “I just got to a point where I just felt… I didn’t understand why I was, I couldn’t dig myself out, I couldn’t make decisions, I felt pretty assaulted by life and not in control… Without being really indulgent, I think as you get older you have to really cultivate your mind and have a deep understanding of self, otherwise you just become lonely and isolated and unsatisfied and unfulfilled, and however your perfect little life looks on paper, there will be a sense of unfulfillment if you haven’t explored the nature, the very depths of who you are,” she told Porter magazine.

Sienna Rose Diana Miller was born on December 28, 1981, in New York City to Josephine, a South African-born former model, and Edwin, an American banker turned dealer of Chinese art. She was raised in London, England with her older sister, Savannah. When she was six, her parents divorced and she and her sister moved with their mother to Parsons Green. She attended Heathfield School, Ascot, a boarding school in Ascot, Berkshire, and moved to New York City when she was 18 to study at the Lee Strasberg Theatre and Film Institute.

The British actress doesn’t use social media. She had a brief dalliance with Instagram, but ultimately chose to get rid of it “fueled the worst part of [her] soul.” “It was the most addictive thing,” she told Vogue. “Every morning I’d wake up and there would be a thousand more followers or whatever and there would be these amazing greetings like ‘Welcome! We love you!’ I’d be inflated by this nonexistent, intangible love. I was like, ‘I need to get off this.’”

She was cast as Maid Marian in Ridley Scott’s movie Robin Hood opposite Russell Crowe in 2008, but she was allegedly axed from the role months before filming was due to start. She reportedly lost the role because of the controversial affair with Balthazar Getty, who was married with four children, one of them being only 10 months old, when they began their relationship. Although he was technically separated from his wife at the time, the affair really tarnished her relationship in Hollywood. Her people denied this account, claiming that Miller decided to drop out of the movie because the script had been rewritten to focus more on Crowe’s character at the expense of hers so, in the end, it was no longer worth her time.

The Factory Girl star walked away from a Broadway role after she learned that she would only be paid less than half of what her male co-star was being paid. “The producer wouldn’t pay equally. He wouldn’t pay me within a million miles of what the male actor was being paid. And women always have to do more publicity than the men,” she told Marie Claire. “The only way is to make a stand. We are going to have to make sacrifices to make change. I want to turn up and feel dignified.”