Home » Entertainment » Celebrities » Things You Might Not Know About Rihanna 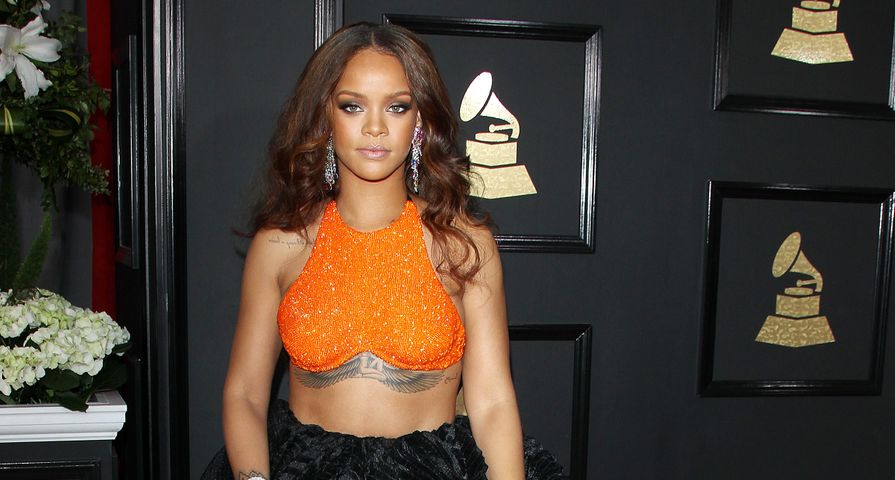 In a very short period of time, Rihanna became one of the biggest stars on the planet. From a teenager in Barbados to one of Hollywood’s top A-listers, it is incredible to think of everything she has accomplished and it is even more shocking that she is only 30. There is no telling what the future holds for Rihanna as it seems her potential is limitless, so with such a loyal and passionate fanbase for the singer, here are 10 things not widely known about her:

While Rihanna may be one of the most followed celebrities right now, she has always said that she never wants to hide who she really is, and doesn’t feel like she should. “I think I came to a point where I started lying to myself. And it’s so hard to live a lie. It’s just too hard. It’s too difficult. It’s too much to think about. That’s why I’m posting pictures of myself smoking pot, to tell the truth about myself. I’ve got so much to think about, why bring all this extra s–t by being dishonest? When somebody lies to you, you don’t trust them. Try lying to yourself, that’s even worse. You can’t paint a fake picture for too long before the truth comes out and then it’s hard that it doesn’t match up,” she stated.

It is not news that Rihanna doesn’t go by her given name, as her real first name is Robyn and instead goes by her middle name, Rihanna. When she was young she would always sing Whitney Houston songs, specifically “A Whole New World” and neighbors soon started calling her “Robyn Redbreast.” Although she chose to go by Rihanna for her professional name, she has become somewhat tired of it, telling Rolling Stone, “I get kind of numb to hearing Rihanna, Rihanna, Rihanna. When I hear Robyn, I pay attention.” Recently, Rihanna revealed people have been pronouncing her name wrong anyway because it is supposed to be “Ri-Anna” not “Ree-ah-nah.”

Robyn Rihanna Fenty was born on February 20, 1988, in Saint Michael, Barbados, to her mother Monica and father Ronald. Her mother was an accountant and her father worked as a warehouse supervisor. As a child, Rihanna sold clothes out of a street stall with her father who struggled with an addiction to crack cocaine and alcohol. In her youth, Rihanna also suffered her own issues which included debilitating migraines, which required her to have several CT scans. When she was 14 her parents put an end to their strained marriage and her health improved afterward. Rihanna always described herself as a “tomboy” growing up and joined the army cadets in a sub-military program.

Despite her tomboy ways, there was no denying Rihanna’s beauty and at 15 she won her high school beauty pageant. She was named Miss Combermere at Combermere High School and performed Mariah Carey’s “Hero” for her talent portion. “I kind of laughed at these stupid pageants. But my friends at school dared me to do it, and my military training came in handy for me learning to balance books on my head for the catwalk,” she stated in 2007.

At 16 Rihanna ended up dropping out of high school and pursuing her career in music which began when she formed a girl group with two of her classmates. While still in Barbados she was discovered by American record producer Evan Rogers who instantly knew Rihanna was the talent. “The minute Rihanna walked into the room, it was like the other two girls didn’t exist.” After two more meetings and auditions with Rihanna, Rogers invited her to the United States to record some demo tapes for record labels which included “Pon de Replay” and “The Last Time.”

One of the first to listen to Rihanna’s demo was Def Jam Recordings and the tracks were played for Jay-Z, who had just become President and CEO of Def Jam. Initially, Jay-Z stated that “Pon de Replay” was “too big” for her. “When a song is that big, it’s hard for a new artist to come back from. I don’t sign songs, I sign artists.” He still invited her to do a personal audition and Rihanna has admitted she was very nervous. “Oh God, he’s right there. I can’t look, I can’t look!” she remembers thinking. Both Jay-Z and L.A. Reid were so impressed they offered Rihanna a contract immediately and stayed with Rihanna and lawyers until three in the morning until everything was drafted up because they were afraid if she left she would sign with someone else.

Rihanna has already amassed a net worth of $230 million and while a lot of that is thanks to her unbelievably successful music career, she has ventured outside of the music business as well. She has turned to acting, and modeled, and has also started her own clothing line as well as a beauty and stylist agency, not to mention has also founded her own charity organizations, leading to a very busy but very successful life for the star.

Over the years Rihanna’s personal life has been plastered in the media, especially her relationship with singer Chris Brown following their domestic violence case in 2009, which saw Brown receive five years probation. She went on to date MLB player Matt Kemp, Drake and then in 2013 shocked everyone when she confirmed she was once again dating Chris Brown before the pair split again in 2013. Despite these relationships, Rihanna is most focused on her career and remains one of the world’s highest paid celebrities.

Despite years of performing in front of sell-out audiences, the singer still gets nervous before her shows and has established a pre-show ritual that she swears by. “I eat lozenges, steam my voice, do my makeup. I Skype my vocal coach, and we sit there at the makeup table and do warm-ups for about a half hour,” she explained to Esquire. “My personal assistant slash bartender brings me a shot that she dilutes with a little something so it’s not so harsh, like orange juice or soda water and lime. I have to have it. I take it very seriously, so there is a level of anxiety, always. I overthink everything when it comes to my job. The drink calms my nerves. I sip it while I watch the opening act from my dressing room. Sometimes I go out into the audience. I put on a really big hoodie and sneak out there.”

1. Relationship With Her Father

Over the years, Rihanna has had a difficult relationship with her dad Ronald because of his history of drug and alcohol abuse. In 2014 she had another falling out with him after he was kicked out of her Diamond Ball because he drank too much. Since becoming famous Rihanna has paid to send her dad to the most expensive rehab treatment centers, and although he has said he wants to quit drinking in hopes of honoring his daughter, it is proving to be very difficult for him.