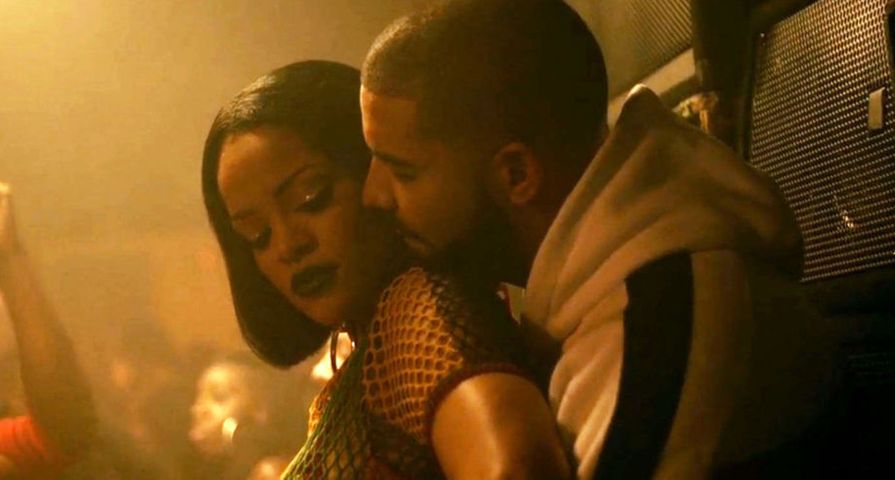 Rihanna and Drake have had something going on between them since she broke up with Chris Brown back in 2009. While it has never been that serious and has always been more of an on-again off-again kind of thing, these two have some of the craziest chemistry we’ve ever seen between two celebrities. Unfortunately, they just can’t seem to make it work and it’s probably because of Rihanna’s trust issues. Since these two reportedly just broke up again, we have 10 things you didn’t know about their relationship:

Rihanna and Drake go way back. The met before either one of them became big stars. “The first time I met Robyn Fenty, it was 2005. She was shooting a music video at a Restaurant called Avocado in Toronto. The song was ‘Pon de Replay’ and the director of the video was Little X,” Drake said at the 2016 VMAs. “I was introduced to her as a kid who played background music at the restaurant as people ate their dinner.”

In 2009, the rapper and singer met up again after she broke up with Chris Brown when he was charged with assaulting her. She had asked Drake to write a song for her, which was never released, and then they began hanging out together regularly. The only time that they were spotted together was in May 2009 when they were getting cozy at Lucky Strike in Manhattan.

Source: Mirror
Things You Might Not Know About Harry Connick Jr. And Jill Goodacre's Relationship

It looks like Drake was the one who was left heartbroken when things between him and Rihanna went south. He told The New York Times in 2010 that she was just using him. “I was a pawn,” he said. “You know what she was doing to me? She was doing exactly what I’ve done to so many women throughout my life, which is show them quality time, then disappear.” He also released a song, “Fireworks,” which alludes to his brief affair with Rihanna. “I can tell it wasn’t love, I just thought you’d fuck with me / Who coulda predicted Lucky Strike would have you stuck with me / Damn, I kept my wits about me, luckily what happened between us that night / It always seems to trouble me, now all of a sudden those gossip blogs want to cover me.”

During an interview with Angie Martinez, the “Umbrella” singer discussed her friendship with Drake and why it didn’t become a full-blown relationship. “We weren’t really sure what it was,” she said. “I definitely was attracted to Drake, but I think it is what it is – it was what it was … We didn’t want to take it any further. It was at a really fragile time in my life, so I just didn’t want to get too serious with anything or anyone at that time.”

In 2010, they released their first musical collaboration, “What’s My Name,” along with a video that showcased their insane chemistry. The following year, they performed together at the Grammy Awards and the NBA All Star Game. Their chemistry was so electric that many assumed that there was something going on between the two of them.

Drake released the song “Take Care” featuring Rihanna in 2011 and he released the video, which featured him stroking her longingly, in 2012. That same year, he told Max Choices FM that he was still really into the “SOS” singer. “I think that we have a connection that’s established for life and that is that I love her and support her unconditionally, and I like to think that she feels the same way,” he says. “Do I fancy her? Of course, I mean who wouldn’t? Look at her, she’s stunning. Of course I do. Yeah, no, she’s incredible. But you know, it’s one of those things that it’s a maybe one day, maybe not.”

During Drake’s 2014 European tour, they are spotted partying together in Europe and sources claimed that they were officially exclusive. The relationship was short-lived, however. Rihanna was reportedly the one who ended things, but he still pined for her. “She’s the ultimate fantasy. I mean, I think about it. Like, ‘Man, that would be good.’ We have fun together, she’s cool and shit. But we’re just friends. That’s my dog for life,” he said.

In 2016, Rihanna released her single “Work” featuring Drake along with a video and, as always, their chemistry was unbelievable. By May, rumors were swirling that they were more than just friends and had been dating secretly for months; however, during a performance of theirs in Miami, she friend-zoned by ducking out of the way when he tried to kiss her.

At the 2016 MTV VMAs, the “Too Good” rapper presented the “We Found Love” singer with the Video Vanguard Award and it was very clear from the fawning speech he made that he’s crazy about her. She’s someone who I’ve been in love with since I was 22 years old,” he said as he went in for a kiss. As always, she ducked out of the way and he got her cheek.

In October 2016, Drake and Rihanna broke up yet again. “She doesn’t want to be held down,” an insider told Us Weekly. “They will always be close. If they end up together, it could happen, but not now,” another insider added. According to the first source, it was never that serious between the pair and more of a “no strings attached” sort of situation.