Home » Entertainment » Celebrities » Things You Might Not Know About Rachel McAdams 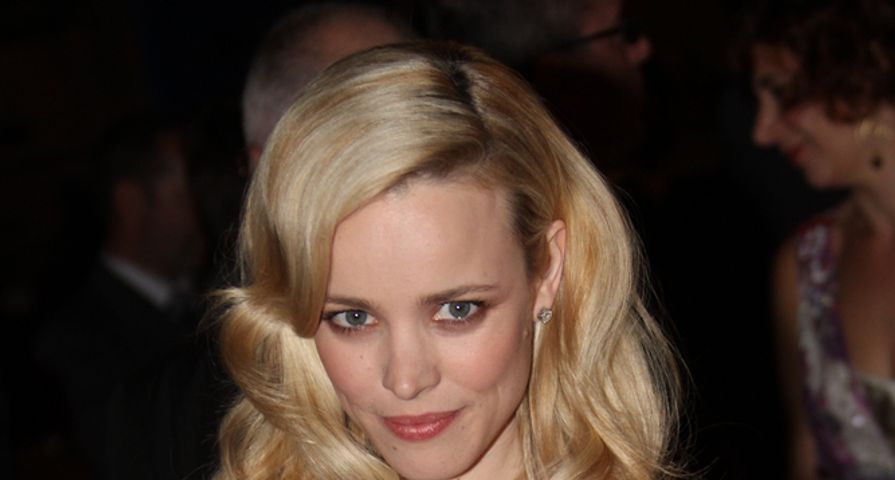 Rachel McAdams has won praise for several of her performances and it wasn’t that long ago that she was hailed by the media as Hollywood’s newest “it girl.” However, in spite of all of her success, McAdams has remained incredibly grounded. Compared to many other A-list stars, Rachel stays out of the spotlight as much as possible, which tends makes us even more curious about her, so here are 10 things you didn’t know about Rachel McAdams:

The lead role of Cady in Mean Girls almost went to Rachel McAdams, but the director, Mark Waters, ultimately decided that she was too old for the part and gave the role to Lindsay Lohan instead. After watching her and Lohan interact, he decided that she was perfect for the part of Regina George. “When Lindsay was acting with Rachel, she got very shy, because Rachel was older and a very accomplished actress,” Waters said. “She’d come in the room and not talk to Lindsay — she was very focused. Lindsay kind of got nervous around her, and I thought that, more than anything, was going to be the deciding factor, the fact that she affected Lindsay in that way.”

The Canadian actress worked at McDonald’s for three years when she was a teenager. “It was a great place to work, but I had a little bit of an OCD thing with hand washing and just didn’t have time,” she told Glamour magazine of her job at McDonald’s. “They were like, ‘Hey, the drive-through’s backing up. Stop washing your hands!’ I was not a great employee; I broke the orange juice machine one day.” She wasn’t the only person in her family to work there. Her younger sister and her brother had jobs there as well, and her sister was her manager!

The Notebook actress was a competitive figure skater when she was young. She began figure skating when she was four years old and had an opportunity to move to Toronto for pair skating training, but she turned it down. Throughout her youth, she competed in competitions and won regional awards. She continued competing until she was 18 and then hung up her skates for good.

She was born in London, Ontario, on November 17, 1978, to Sandra, a nurse, and Lance, a truck driver and furniture mover, but was raised in a small town called St. Thomas, in a Protestant household. Growing up, she was active in school sports including volleyball, badminton, and soccer, and served on the student council, participated in the Crimestoppers program, and was a member of the Peer Helping Team.

6. She Lives in Toronto

The Red Eye actress chooses to live in Toronto, Ontario, Canada, but she holds a U.S. green card. “I like living where we have socialized health care. I don’t have to own a car, I can ride my bike around the city, and I can potter about in my garden. The longer I’m there, the fewer reasons I have to leave,” she told The Scotsman newspaper.

The Vow actress is an environmentalist. She ran an eco-friendly website called GreenIsSexy.org with two friends, which ran from 2007 to 2011, and her house is powered by Bullfrog renewable energy. She also doesn’t own a car and instead uses a bike to get around. She also isn’t a huge fan of accumulating possessions and will use a tote bag or a pair of shoes until they are well past their prime.

Even though she didn’t get along with Ryan Gosling on the set of The Notebook, they dated on and off from 2005 until 2008. From 2010 until 2013, she dated actor Michael Sheen, who she met on the set of Woody Allen’s movie Midnight in Paris and she dated music manager Patrick Sambrook from 2013 until 2014. She’s currently dating director and screenwriter Jamie Linden.

After developing an interest in performing when she was seven years old, The Time Traveler’s Wife star began attending Disney and Shakespeare camps and she participated in Original Kids Theatre Company, London productions. As a teenager, she directed children’s theatre productions and was involved in school stage productions. Although she initially was going to attend the University of Western Ontario for Cultural Studies, she was persuaded by her high school English and Drama teachers to pursue a professional acting career instead, so she enrolled in York University’s four-year theatre program and graduated with a Bachelor of Fine Arts honors degree in 2001.

2. All the Roles She Could Have Had

Rachel had been rumored to be in the running to replace Katie Holmes in The Dark Knight as Rachel Dawe, but Maggie Gyllenhaal ended up getting cast in the part instead. She was also considered for roles in Mission Impossible 3, Casino Royale, The Devil Wears Prada and Get Smart, but she turned them all down and then instead took a break from Hollywood. “There were a lot of cooks in the kitchen, a lot of voices around me, and I wanted to step away so I could hear my own voice again,” she said. “Truthfully, I never really wanted to be a big movie star. I never even wanted to work outside of Canada, or outside of the theatre.”

When it comes to love and marriage, the Oscar-nominated actress’ has a really good example – her parents! “[They are] Still together and still in love,” she told Elle. “I’m very blessed that way. I had a great example of love in front of me, and that’s probably what makes me such a romantic, because I’ve seen it firsthand.”