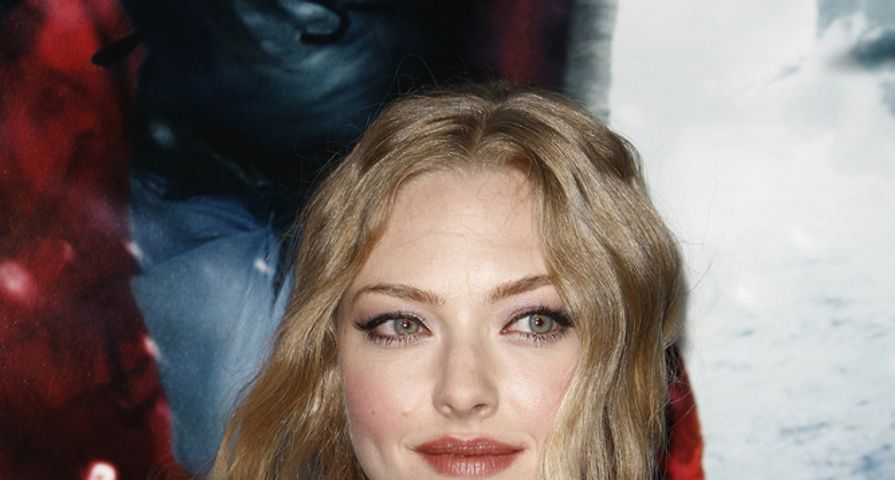 Amanda Seyfried’s career is currently on fire, but it wasn’t always this way. Back when she was a young teenager, she had roles in Guiding Light, As the World Turns and All My Children, and it was only when she landed the role of Karen on Mean Girls that she was able to start getting better parts. Now, she’s one of Hollywood’s most in-demand actresses! Since she’s about to celebrate her birthday, get to know Seyfried better with these 10 things that most people don’t know about her:

The Jennifer’s Body actress has been diagnosed with Obsessive Compulsive Disorder. “I had pretty bad health anxiety that came from the OCD and thought I had a tumor in my brain,” she told Allure in their October 2016 issue. “I had an MRI, and the neurologist referred me to a psychiatrist,” she continued. “As I get older, the compulsive thoughts and fears have diminished a lot. Knowing that a lot of my fears are not reality-based really helps.” After receiving the diagnosis, she was put on Lexapro, something she plans to stay on indefinitely. “I’ve been on it since I was 19, so 11 years. I’m on the lowest dose. I don’t see the point of getting off of it. Whether it’s placebo or not, I don’t want to risk it,” she said.

The Big Love actress has a taxidermy collection. That’s right! She buys dead animals that have been stuffed and preserved – she considers it art! “When taxidermy is done well it’s an amazing piece of art,” she said on The Jonathan Ross Show. “I love animals and they’re very easy to look after when they’re dead. I recently decided I was going to start building a parliament of owls because I only have one. But I have a horse, a miniature horse, it’s a baby. It’s quite small, it’s much bigger than my dog. His name is Antoine.”

Amanda Michelle Seyfried was born in Allentown, Pennsylvania, on December 3, 1985 to Ann, an occupational therapist, and Jack, a pharmacist. She has one older sister Jenni, who also lives in L.A. and worked in special effects in films, but went back to school to become a veterinary technician. According to Amanda, her childhood was pretty normal. “My childhood was pretty normal. I lived with my parents, who are still together, and my sister. We were a very balanced suburban family. I played sports, I sang and I played piano. I got to do what I wanted to do. I got good grades at school and had lots of friends,” she told Elle Canada.

7. Too Fat for Roles

In 2014, the Les Misérables actress revealed that she had been passed on for roles because she was considered “overweight.” “Fun fact: I almost lost out on several roles in my career because I was overweight. Wrong, America,” she tweeted. Although she didn’t specify what roles she didn’t get because of her weight, in the past she has talked about needing to work out to be considered for roles. “If I didn’t run and work out, there’s no way I would be this thin,” she told Glamour magazine in 2010. “But I have to stay in shape because I’m an actress. It’s f–ked up and it’s twisted, but I wouldn’t get the roles otherwise. If I’d been a bit bigger, I don’t think they would have cast me for Mamma Mia!”

In an interview with Elle back in 2011, the Mamma Mia! star revealed that she was told by Hollywood execs that she needed to get Botox. She was only in her mid twenties at the time, but she understood where they were coming from. “I was like, Damn you! But we’re in Hollywood. I’m on a huge screen. With these new digital cameras, you can see the peach fuzz on my face,” she said. No word yet on whether or not she acted on their advice.

Seyfried told the Sunday Times back in 2015 she was paid a 10th of the wage of her male co-star in one of the big budget movies she did. “A few years ago, on one of my big-budget films, I found I was being paid 10% of what my male co-star was getting, and we were pretty even in status,” she said. “I think people think that just because I’m easy-going and game to do things I’ll just take as little as they offer … It’s not about how much you get, it’s about how fair it is.”

4. Fired from As the World Turns

When she 15 the Mean Girls actress had a role on As the World Turns as Lucy Montgomery, but she was fired. According to her, it was because she wasn’t very good. “I’ll be honest, I was pretty bad starting out. When I was 15, I was on As the World Turns, and I was so bad they had to ship my character off. It was absolutely, without a doubt, because I was that bad. I was so uncomfortable. I had it in me, but if you aren’t comfortable, you can’t access your skill. I was devastated. You always think it’s the end of the world. I remember crying on the pier near my house on the Hudson River,” she said.

During her teens, Seyfried took voice lessons, studied opera and trained with a Broadway coach. In an interview with the Mail on Sunday, she revealed that one of her biggest regrets is quitting opera. “[My biggest regret is] quitting opera singing training when I was 17 – that had been my passion before acting took over and I wish I had stuck with it,” she said.

The stunning actress has had a number of high profile relationships. From 2009 to 2010, she dated her Mamma Mia! co-star Dominic Cooper. She then dated Ryan Phillippe from 2010 to 2011 and in 2012 she briefly dated Josh Hartnett. From 2013 to 2015, she dated actor Justin Long and in 2016 she began dating her co-star from The Last Word, Thomas Sadoski. They announced their engagement in September 2016, so hopefully this one sticks!

The While We’re Young actress has a seven year-old rescue dog named Finn. He’s an Australian Shepherd and Amanda absolutely adores him. “Finn has made me more present,” she told People. “He’s always so sensitive and in-the-moment – it’s all he has. He feels deeply. I love just randomly going upstairs and falling asleep next to him. It’s my favorite thing in the world.”