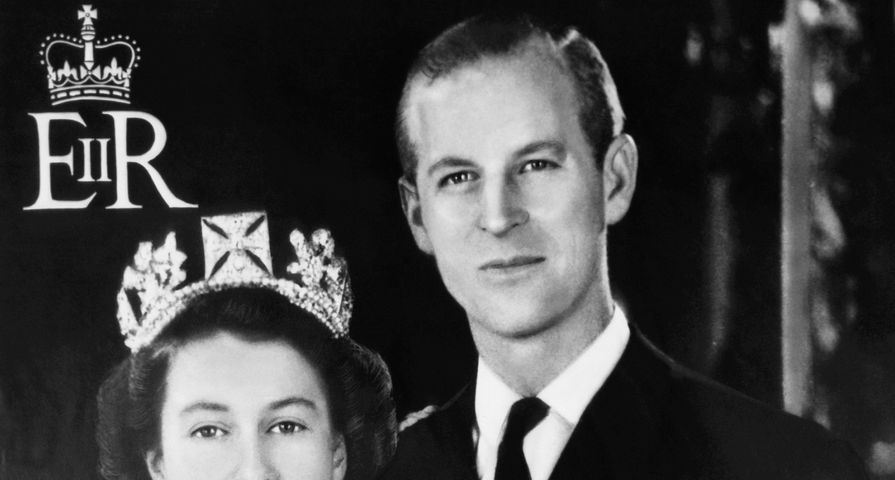 Even though they were second cousins once removed, Elizabeth never really knew Philip. They met for the first time at a family wedding in 1934 and then at the coronation of her father King George VI in 1937. It wasn’t until she was 13 years old and he was 18 that they spent time together, which was all the way back in 1939. Her parents had taken Elizabeth and her sister Margaret to Royal Naval College at Dartmouth where Philip was a cadet in training at the school. According to her cousin, Margaret Rhodes, Elizabeth, after the future Queen met Philip, she “never looked at anyone else.”

During the Second World War, she would occasionally see Philip when he would visit Windsor Castle and the two corresponded when he was stationed at sea during his service with the Royal Navy. It became especially apparent that there was something special between them in December 1943 when he watched her perform in the Aladdin pantomime, but King George VI thought that his daughter was too young for a serious suitor.

In 1946, Philip returned to London and became a frequent visitor at Buckingham Palace, and during a month-long stay at Balmoral in the late summer, he proposed. She accepted without consulting her parents. Her father gave his blessing as long as they kept the engagement a secret until her 21st birthday, which was going to be in the following April. On July 9, 1947, their engagement was formally announced. For her engagement ring, his mother retrieved a tiara from a bank vault and he used some of the diamonds to design her ring, which was created by a London jeweler, Philip Antrobus, Ltd.

Palace courtiers and aristocratic friends and relatives of the royal family were suspicious of the dashing prince. They believed he didn’t show proper deference towards his elders and they considered him a foreigner. While his mother, Princess Alice of Battenberg, had been born in Windsor Castle, her father was German, and Philip’s father, Prince Andrew of Greece and Denmark, was also predominantly German. None of this mattered, however, because Elizabeth was head over heels in love with him.

They were married on November 20, 1947, at Westminster Abbey in London. She was attended by eight bridesmaids, which included her sister Princess Margaret, who all carried white orchids, lilies of the valley, gardenias and white roses. Because England was still recovering from the Blitz and rationing was in effect for everyone, including the royal family, Elizabeth had to save up ration coupons to buy the material for her gown, which was designed by Norman Hartnell. During the morning when she was getting ready, Elizabeth’s tiara snapped and the court jeweler, who was on hand in case of emergency, had to quickly fix it, which he did. She also did her own makeup for the big day.

5. He Gave Up Smoking

Before their wedding, Philip was a heavy smoker, but he gave it up on the day of their wedding because he knew how much her father’s cigarette habit anguished her. According to his valet, John Dean, he was able to do it without any real difficulty; however, he did have some reservations about marrying Elizabeth because he knew that her life would stay the same after the wedding, but he knew that his whole life was going to change.

For their honeymoon, the Prince and Princess spent a week at Broadlands, the Mountbatten estate in Hampshire, and two weeks at Birkhall, an early-18th-century white stone lodge on the Balmoral estate, where she spent summers during her childhood. While at Birkhall, the couple went deerstalking together.

The couple kept an active social life after they were married even while Elizabeth was pregnant with Charles. They would go to the races at Epsom and Ascot and joined their friends at restaurants, nightclubs, and dances. During one party at the home of the Duchess of Kent, Elizabeth spent the night dancing until nearly 5 a.m.!

In October 1949, Prince Philip returned to the navy and was stationed in Malta. Instead of staying in London, Elizabeth decided to spend as much time as possible with her husband. She left her young children, Prince Charles and Princess Anne, with nannies and her parents because it was advised that the conditions in Malta weren’t suitable for the young children. She would stay in Malta for long periods of time and then return at intervals to London.

1. Tension in the Marriage

When Elizabeth became Queen, Prince Philip had to give up his career as a naval officer to support her royal duties and their children (Charles, Anne, Andrew, and Edward) had to take Elizabeth’s name, Windsor, instead of Philip’s name, Mountbatten, which caused tension of their marriage. He reportedly told his friends, “I am the only man in the country not allowed to give his name to his children. I’m nothing but a bloody amoeba.” The queen mother reversed the decision regarding the family’s name and issued an Order of Council announcing that the couple had adopted the surname Mountbatten-Windsor for their male-line descendants. 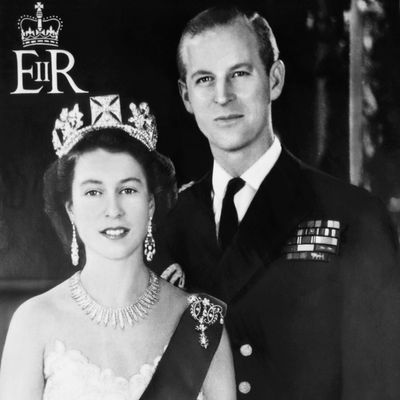