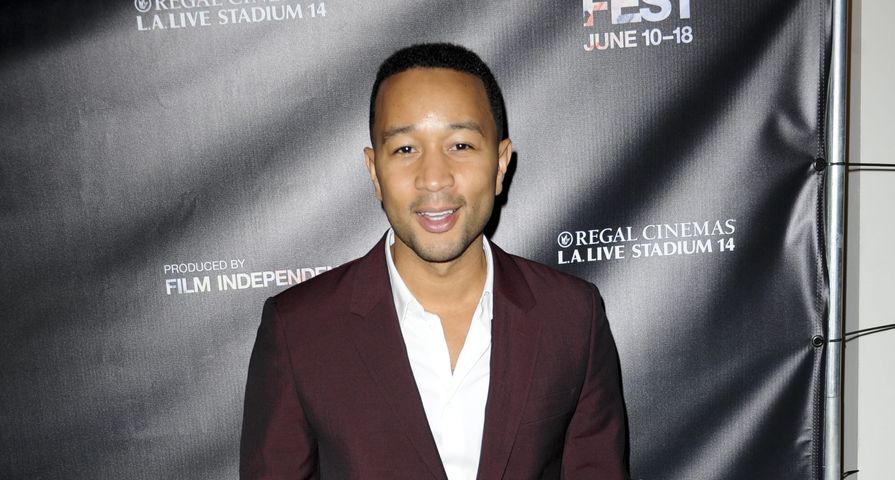 He’s a 10-time Grammy winner best known for his song, “All of Me,” and even he won a Golden Globe and Oscar for his work in film. John Legend is one of the most talented artists in the industry right now and his success is only getting bigger! Legend is well known for his songwriting credits and work as a duet artist. He’s collaborated with huge artists like Jay-Z, Kanye West, Alicia Keys, Britney Spears and Meghan Trainor. He’s even crossed over into film with producing credits on the show Underground and the film, Southside with You. Legend is married to model Chrissy Teigen, and the two are parents to their daughter, Luna. His 39th birthday is coming up just before the New Year, so here’s a list of 10 things you probably didn’t know about John Legend!

Like many other celebrities, John Legend uses a stage name. His real name is John Roger Stephens and he was born on December 28, 1978, in Springfield, Ohio. Legend has three siblings who he grew up with and both of his parents, Phyllis, who was a seamstress, and Ronald, a factory worker. Unlike other kids, he was homeschooled by his mother as a child and considered a ‘child prodigy’ because he displayed so much musical talent at such a young age. He did attend high school and was quite popular — he was the student body president and prom king.

It became quite clear that John was musically gifted at a young age. When he was only 4-years-old he started singing in the church choir and began taking piano lessons. One of his first jobs as a teenager was being a wedding singer. “I had been performing in front of people starting around six or seven years old. I was playing the piano when I was three; writing songs when I was ten. I had a lot of experience before I got to college. I knew I wanted to be a singer, so anyone who met me, I didn’t let too much time pass before I showed my talent.”

Not only is he musically talented, John is also extremely smart. He was sent to high school when he was only 12 and graduated salutatorian of his class when he was 16. After high school, he was offered admission to prestigious schools like Harvard University and got scholarships to Georgetown University and Morehouse College. He ended up attending the University of Pennsylvania to study English and majored in African American literature.

When Legend graduated from the University of Pennsylvania, he started working as a management consultant at the Boston Consulting Group. In his spare time, he kept playing music and would perform at nightclubs in New York City.

Now that we know “John Legend” isn’t his real name — how did he come up with the stage name? He said the name came about not long after he was signed to Kanye West’s label. The ‘Legend’ part of the name comes from poet J. Ivy who once told John that he had an old-school sound. Ivy said, “I heard your music and it reminds me of that music from the old school. You sound like one of the legends. As a matter of fact, that’s what I’m going to call you from now on! I’m going to call you John Legend.” Not long after he coined the nickname for the soulful singer, others caught on like Kanye West and eventually the name stuck!

The R&B singer had a tough childhood because, when his grandmother died, his mother, Phyllis started using drugs and became estranged from their family. She was arrested on drug-related charges on several different occasions. She’s doing much better now and has since fully recovered from her addiction, but this is one of the main reasons that Legend has become so outspoken on subjects like mass incarceration and the war on drugs.

John Legend admitted in an interview with Complex that he’d been chasing a record deal ever since he was 18, so he made sure to keep at it while in college. He served as the president and musical director of a co-ed jazz and pop a cappella group called the Counterparts. Legend said he joined the group just so that he could be more social because he was really shy. “Believe it or not, for someone like me who was really shy, it was a way of being more social. Because once people saw me sing, it kind of broke the ice. I didn’t have to approach people as much. They would come up to me and say, ‘Oh, that was a great job, blah blah blah.’ I became pretty well-known on campus,” he said.

Legend has been incredibly vocal with his opinion when it comes to political matters like mass incarceration, the war on drugs, black lives matter and the 2016 election. There’s also the fact that he’s extremely smart and well liked, so in a recent interview with Elle, it was asked if he would ever run for president. Surprisingly, he said no. “I respect people who are willing to deal with everything that comes with being a politician, but I’m not willing to deal with half the country rooting for you to fail. I’m a singer; I deal with enough. But at least half the country’s not trying to destroy me,” he said.

2. Lauryn Hill’s “Everything is Everything”

The “All of Me” singer made his recording debut when he was still in college on Lauryn Hill’s single “Everything is Everything.” He played the piano in the song. The album was titled The Miseducation of Lauryn Hill, and was one of the biggest R&B/pop albums of 1998, selling 19 million copies worldwide. At the time, he hadn’t developed his stage name “John Legend” so he is credited on the song as John Stephens. He met Hill through a mutual friend named Tara Michel. Legend and Michel were in a choir together when she suggested that he meet her friend who was working on a record. When Legend met Hill, he played her two cover songs and she immediately offered him a job. What an ego boost! He also had a single on the radio while he was still an undergrad in university. “I went back to college and I was the man after that,” he joked.

A few years ago, John Legend appeared on the show, Finding Your Roots, and learned that he comes from two generations of slaves — a father and a son. He is a direct descendant of Peyton Polly who was freed after his ‘owner’ died in 1847. When said owner died, Polly and the fellow slaves he was with were granted their freedom and given land to start their new lives. Polly had eight children who were all enslaved across Kentucky and he refused to leave without them, so he and his brother bought them all and took them to Ohio, a free state in 1849. Unfortunately, in 1850, a group of white men from Kentucky found them, shot Polly and kidnapped all of his children, and took them back to Kentucky where they were eventually sold into slavery once again. His family tried to pursue justice and four of the eight children were freed in Kentucky after they were enslaved illegally, but Virginia refused to acknowledge their rights. They were held for another decade until they were finally granted their freedom.