Home » Entertainment » Celebrities » Things You Might Not Know About Chrissy Teigen 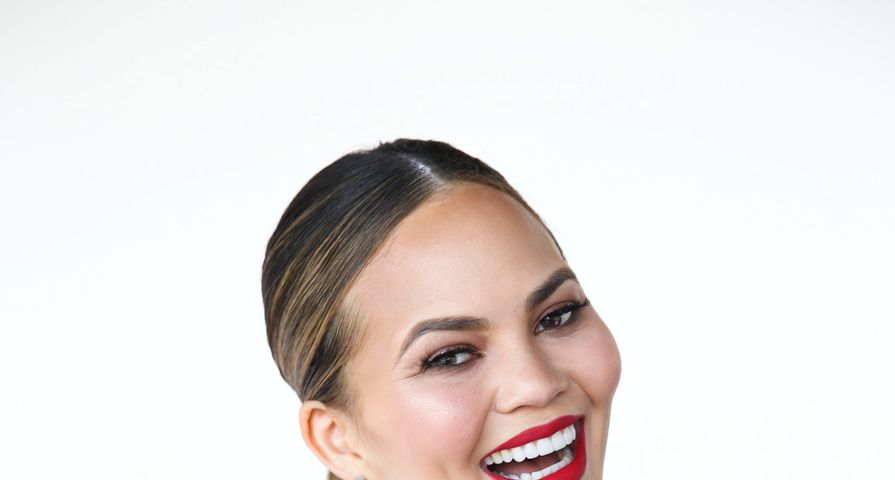 Chrissy Teigen a breath of fresh air in Hollywood. She’s one of those rare celebrities who doesn’t take herself too seriously. She’s funny, laidback and just seems like a lot of fun to be around! The swimsuit model turned cookbook author is married to Grammy Award-winning artist, John Legend and serves as a co-host on Spike’s popular show, Lip Sync Battle. Teigen has found herself in the spotlight a lot lately, not because of her relationship or modeling career, but because of her social media escapades! Teigen is so outspoken and sometimes a little controversial, but that’s why we love her! The new mom turns 32 soon, so here’s a look at 9 things you probably didn’t know about Chrissy Teigen!

9. How She was Discovered

Chrissy Teigen was discovered when she was 18-years-old. She was working at a California surf shop at the time and had never, ever dreamed of starting a career as a model. “I always wanted to be a teacher or wanted to do something with food. But modeling, I just never thought I could do it myself really ever. I still have trouble calling myself a model. I just never thought I was tall enough or skinny enough. [When I was starting] it was the time of the very thin, waif-y runway models. So I knew I couldn’t do that,” she said in an interview with The Daily Beast.

Chrissy Teigen had been modeling ever since she was discovered at the age of 18. She worked for IMG Models in New York and in 2004 she became a substitute model on the show Deal or No Deal. It wasn’t until she met fellow model Brooklyn Decker that she really made her mark in the modeling world. Teigen rose to fame after posing in a 2010 Sports Illustrated issue, thanks to a little help from her new friend Brooklyn Decker who hooked her up with the gig. Decker apparently introduced Teigen to people at Sports Illustrated which got her a spot in their magazine and the coveted title of “Rookie of the Year.” In 2014 she appeared on the 50th anniversary cover alongside Nina Agdal and Lily Aldridge!

For a swimsuit model who’s done countless shoots on the beach and in the water, fans might be surprised to learn that Chrissy Teigen actually hates the beach. She once said, “sand is disgusting. I get all Larry David at the beach and want every piece of sand off me.”

Despite the fact that she has made a career out of being fit and posing in swimsuits, Chrissy Teigen has said that she doesn’t necessarily feel most sexy when in a swimsuit because people have preconceived notions of what she should look like and that it’s a hard image to maintain. She’s also admitted she isn’t a fan of working out and loves to eat whatever she wants. Her trick is that she does make sure she eats healthy but doesn’t deny herself anything. Also, if she has a shoot coming up she’ll workout really hard and eat minimally for the week prior. “I workout very hard for a very brief period of time before a shoot. Maybe a week before, and then never again until the next one. (I don’t necessarily condone this, just being honest here.),” she said.

Today, she’s recognized as one of the most high-profile swimsuit models in the biz, but just like the rest of us, she’s experienced some setbacks and let downs on her climb to the top. In an interview with DuJour, she said she was once fired from Forever 21 and told that she was too fat. “I actually was fired from a job, Forever, 21. They booked me directly when I was much younger, and [when] I showed up on set, they asked me if they could take a photo. And they shoot that photo off to my agency, who then calls me as I’m sitting in the makeup chair, and they say, ‘You need to leave right now; they just said you are fat and you need to come get your measurements taken,” she recalled.

Chrissy Teigen is often called the “Jennifer Lawrence of modeling” because she’s so laidback and relatable to her fans, but she’s also been scoffed at for not taking herself seriously enough! It’s definitely a lose-lose to be a celebrity sometimes. During an appearance on Late Night With Seth Meyers, she said: “I am paid a good amount of money to not blink for 12 hours…it’s fun, but I don’t take it very seriously, no.” This caused Teigen to catch a lot of backlash, so she backpedaled and said: “I got a lot of comments saying, ‘Well, at least Jennifer Lawrence respects her craft.’ I was like, ‘I have so much respect for my craft, but I am also not like the girls that — I’m not an editorial girl.’ It takes talent to be that type of girl. and for me, I go in and have a good time. But I definitely respect the craft of modeling. Do I take myself seriously in it? Not at all,” she said.

3. How She Met John Legend

Chrissy and her now-husband Grammy Award-winning artist John Legend met back in 2006 when she was cast in his music video, “Stereo.” At the time she was working as a catalog model. She initially met John when she walked into his dressing room and caught him standing there in his underwear, ironing his shirt. “I said, ‘You do your own ironing!?’ He said, ‘Of course I do.’ I gave him a hug,” she recalled. They went for In-N-Out burgers afterward and hung out at his hotel. “I’m not gonna lie. We hooked up,” she admitted. They stayed in contact for the next year through text and phone calls while he went on tour and even dated a few other women! “I let him be himself for a while. The worst thing you can do is try to lock someone like that down early on, then have them think, there’s so much more out there. I played it cool for a long time. Never once did I ask, ‘What are we?’ Marriage was never my goal, because I’ve never been very traditional. I was just happy to be with him,” she said.

Chrissy Teigen is extremely active on social media. Her accounts are laced with political opinions, photos of her and John, her mother Pepper and baby Luna, her dogs and of course the odd F-bomb. While her Twitter account is now private, she’s been extremely open about her personal life and there’s not much she won’t do or say for her fans. However, she does admit that, surprisingly, for a swimsuit model, she has more female fans than she does male fans. “I have way more female followers than I do men. Men are very tough, very critical of me. I think they expect you to basically just be a picture. They don’t want to hear you speak. Women, I love. It’s amazing to me, because I am a swimsuit model; I’m half naked. I just love the fact that women love me, and it makes me love them so much back,” she said in an interview with Cosmopolitan.

1. Insecurities about her Body

Models are generally fairly confident about their bodies considering they build a career out of showcasing it to the world, but Chrissy Teigen is just like the rest of us in the sense that she has her own insecurities when it comes to her body. Teigen comes from a mother who is Thai and an American father of Norwegian descent, so she claims she is built big like her father but has a small butt like her mother. “I didn’t know butts were a thing until I was twenty-three. Then came Jennifer Lopez and people were like, ‘That butt is great.’ Now you have to have a butt. It sucks for me. I have a little half-Asian butt, and the more I work out, the more I try to get it bigger, it’s just going to get flatter and harder,” she said.