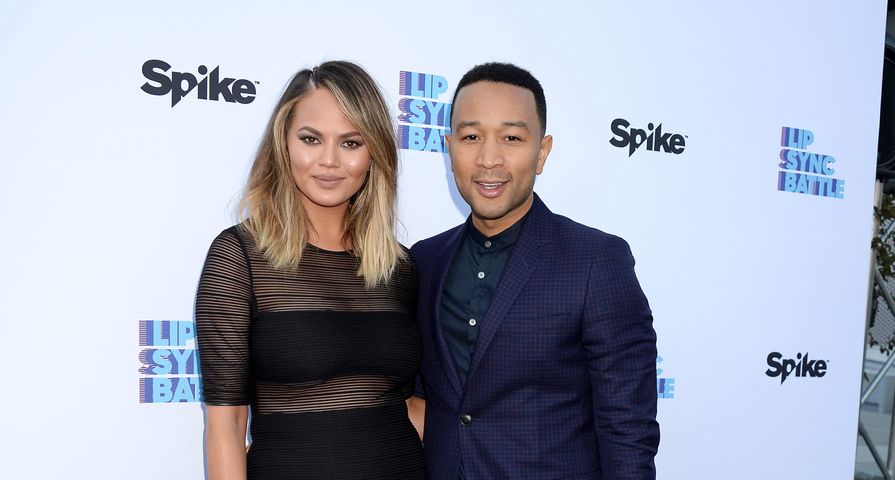 This cute couple has been making headlines for years now because of their adorable relationship. John Legend, who’s real name is John Roger Stephens, is a crazy talented Grammy and Golden Globe winning musician. Legend has been married to model, cookbook author and television personality, Chrissy Teigen, for five years, but they’ve been together for over a decade, which is a huge feat in Hollywood! Chrissy and John are one of the cutest celebrities couples as they are constantly gushing over one another in interviews and on social media and a decade later still cannot keep their hands off each other! Here’s a look at 10 things you didn’t know about John Legend and Chrissy Teigen’s relationship:

John and Chrissy Teigen got married back in 2013 after they’d been dating for seven years! The superstar couple met in 2006 after Teigen, who was a catalog model at the time, showed up for a casting call to be in a music video. She was eventually cast in the part as Legend’s love interest in the video for his single, “Stereo.” In an interview with Cosmopolitan she recalled their first encounter: “I walked into John’s dressing room to meet him, and he was ironing in his underwear. I said, ‘You do your own ironing?!’ He said, ‘Of course I do.’ I gave him a hug.” They spent 14 hours together working on the video shoot and afterwards went back to his hotel to grab some In-N-Out burgers. “I’m not going to lie. We hooked up,” she admitted, but she also said she gave him his space and the two took on a casual relationship, texting back and forth or talking on the phone. She also couldn’t help but notice him showing up on red carpets with other women on his arm. “I let him be himself for a while. The worst thing you can do is try to lock someone like that down early on, then have them think, there’s so much more out there. I played it cool for a long time. Never once did I ask, ‘What are we?'” she said.

7. The Song “All of Me” Was Written About Her

John Legend’s hit song “All of Me” on the 2013 album Love in the Future was an overnight international success and is credited as the biggest hit of his career. The song sat at the top of the charts for weeks and was the best selling song in the United States in 2014. What’s best about this record? It was written in dedication of his now wife, Chrissy, and she’s even featured in the music video which was shot in Italy just days before their wedding. He wrote it back in 2011, but it wasn’t released until 2013.  Not surprisingly, the song holds some tender sentiment to Chrissy — she cried the first time she heard it! In an interview with Vibe, she said, “It’s not just a song to me. It’s so personal for me. I don’t really listen to it like a song. I listen to it as like ‘oh, that’s my husband he’s singing about us.’ It definitely resonates with a lot of people and a lot of people love it and get it. I think it’s a very honest love song. A lot of them are flowers and butterflies and I think ours is kind of more realistic and he’s showing obviously my smart mouth, my curves and edges.”

6. They Married in Lake Como

Lake Como in Italy holds a special place in the hearts of Chrissy and John, and not only because it’s where they got married, but because it’s where they fell in love! During an interview with Wendy on her talk show, John said he and Chrissy first visited Lake Como after being invited by Armani for a fashion show. This visit was back in 2007 when Chrissy and John had first started dating. Legend said, “They brought us to Milan for the men’s fashion shows and they sent us to Como between the shows for a few days and it was just so beautiful and we just kind of, that was where we just kind of solidified our relationship. And so, we decided we wanted to get married back there and it was such a beautiful place.” He also went on to say that they paid for their close family to come and some celebrity guests who were in attendance included Kanye West and Stevie Wonder!

Back to where it all began – Lake Como, Italy – first came here in 2007. A boat tour guide took us to a little spot on the lake and told us to make a wish. I asked for this to be the man I marry and have children with. I think John asked for the most perfect bite of cacio e pepe. Both came true, and here we are.

It’s no secret that John Legend and Chrissy Teigen love to indulge in some PDA — which can sometimes turn people off, but for them it just comes off as adorable! In fact, during an interview with Cosmopolitan magazine, Teigen revealed this hot couple is a member of the mile high club! She said: “We’re by no means freaky-deaky, but let’s just say, we’re open to things. We’re very okay with PDA. When we go to a restaurant, he loves when I wear a dress, so he can do some upper-thigh rubbing, I would love to see more husbands and wives making out!” After a quick text to John to make sure it was okay to reveal intimate details of their relationship in an interview (we’ve at least got to give her credit for asking), she admitted the craziest place these two have hooked up: “We were on our way to Thailand to see my parents, flying commercial first-class. We were under a blanket, We weren’t even in one of those pod things. I feel like we should get a trophy for that.”

Like any good couple, one of the reasons John and Chrissy work so well together is because they are so supportive of each other. It can be hard to make relationships work, especially a marriage when one or both individuals are living their lives in the spotlight. It definitely takes a lot of support and compromise which is something these two seem to have down pat! In an interview, Chrissy gushed about her husband: “One of the coolest things is how supportive and happy and proud he is of my success lately. I’m with someone who is totally secure in himself. He’s not trying to be anything other than what he is. The confidence he has brings it to me,” she said in her interview with Cosmopolitan. “I got so lucky that I met John, who propelled my career. I’m not delusional: that definitely helped. But I don’t want to be thought of as just John’s wife, so I’m trying to make a name without it, which is hard in its own way.”

3. They Got in a Twitter Feud with Piers Morgan

Chrissy rocks social media with her fantastic foodie photos, witty tweets and, of course, her sassy remarks on Twitter. Just last month Chrissy and John proved to the world that they have each other’s back, especially when it comes to stuffy British journalists. Not even 48 hours after Muhammad Ali passed away, British journalist Piers Morgan went to Twitter to try and defame the former boxer. He tweeted, “Muhammad Ali said far more inflammatory/racist things about white people than Donald Trump ever has about Muslims. #fact. Why sugar-coat what Ali said or stood for? He never did that to himself, or when speaking to others. I hope people don’t make me sound too perfect when I die. No coast of sugar please.” John Legend was quick to respond with a short, but snarky, “You could test us by announcing your retirement.” Chrissy then chimed in to back up her hubby with, “From what? Trolling isn’t a job (I’ve tried).” The feud continued on for quite some time with Chrissy getting a few good jabs in here and there — this girl doesn’t back down!

2. Learning How To Swim Together

Even though we’ve all seen Chrissy Teigen’s Sports Illustrated photo shoots where she’s in a bathing suit rolling around in the water and sand, she actually can’t swim and neither can John! The two have publicly vowed that they will learn to swim together for their daughter Luna. During an interview with People, Chrissy said they don’t want to be helpless for their daughter. “We’re going to have someone come to the house. I haven no fear of water. John has no fear of water or animals or sharks or what have you. We just didn’t have water in our face when we were growing up.” Sounds like these two are completely committed to being the best parents to Luna and giving her a happy childhood!

Chrissy Teigen and John Legend have been extremely open about their struggles with infertility and were open about their journey with IVF. Of course, as with many sensitive subjects, Chrissy and John got a lot of backlash when they revealed they specifically chose a female embryo for their in vitro. Luckily, Chrissy and John have proved they stand their ground and aren’t easily pushed around by Twitter trolls or negativity. While on FABLife, Chrissy opened up about their struggle and said, “I will say honestly John and I were having trouble. We would have had kids five, six years ago if it happened. We’ve seen fertility doctors and once you open up about those things to other people you learn that a lot of people in your life are seeing these people and they have this shame about it.”

John and I are so happy to announce that we are pregnant 🙂 As many of you know, we’ve been trying to have a baby for a while now. It hasn’t been easy, but we kept trying because we can’t wait to bring our first child into the world and grow our family. We’re so excited that it’s finally happening. Thank you for all your love and well wishes. I look forward to all the belly touching! Xx A photo posted by chrissy teigen (@chrissyteigen) on Oct 12, 2015 at 4:55pm PDT