Home » Entertainment » Celebrities » Things You Might Not Know About Ellen Degeneres 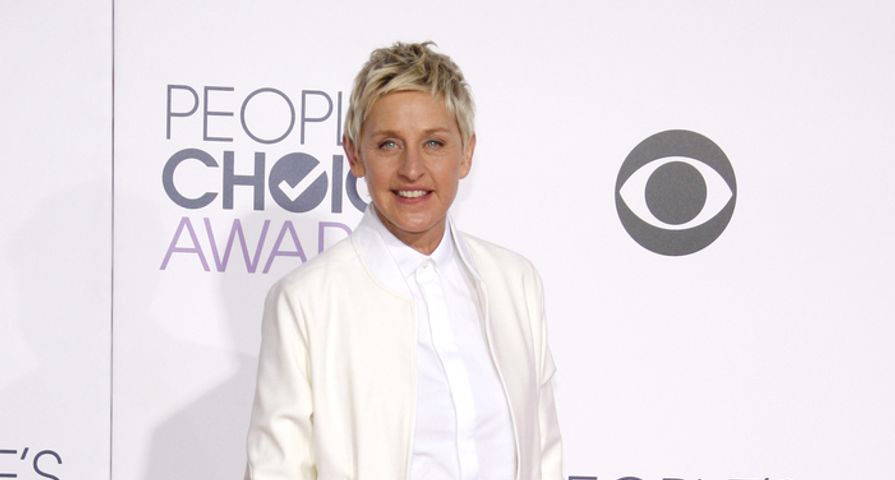 Ellen Degeneres has made a name for herself as a comedian, television host, and actress. Since first rising to fame in the ‘90s, she’s had numerous successes in her career. She’s hosted the Academy Awards, the Grammy’s and the Primetime Emmys. She’s also written books, started her own record company, Eleveneleven, and won over twenty Emmys. She literally does it all and does it well! Since it’s her birthday, here are things not widely known about the actress turned television host:

After dropping out of the University of New Orleans after only one semester, the future talk show host got a job doing clerical work with a law firm. Some of the other odd jobs she had during this time included working at J.C. Penny, being a waitress at T.G.I. Friday’s, painting houses, shucking oysters, working as a hostess and a bartender, and selling vacuum cleaners.

When she was 16 or 17, her mother’s husband sexually abused her. Her mother was fighting breast cancer at the time and required a mastectomy. While it initially began with him feeling her breasts, it later escalated into other things. The situation became so bad that one night he tried to break down her bedroom door. Lucky for Ellen, she was able to kick a window out in her room to escape and spent the night in the hospital.

Ellen Lee DeGeneres was born on January 26, 1958, in Metairie, Louisiana, to Betty, a speech therapist, and Elliott, an insurance agent. She has one brother, Vance, who is a musician and producer. When she was a teenager, her parents divorced. She went to live with her mom while her brother went to live with her father. After the divorce, her mother married Roy Gruessendorf, a salesman, and they moved with him from New Orleans to Atlanta, Texas.

The former Ellen star started her career doing stand-up comedy at small clubs and coffee houses. In 1984, she entered a humor competition that Showtime was hosting and won the top prize – being named the Funniest Person in America. After this, she relocated to Southern California and began performing stand-up routines in and around Los Angeles. She differed from a lot of other comedians at the time because, unlike them, she wouldn’t ridicule other people and instead found humor in everyday activities.

When the Emmy-winning talk show host was young, she wanted to be a veterinarian because she always felt an affinity for animals. Unfortunately, she was never able to follow through on this particular dream because she felt that she didn’t have the book smarts. With her fame, however, she has been able to campaign for animal rights. She’s been a vegan since 2008, has brought numerous animal rights activists onto her show to expose factory farming practices and has campaigned against animal testing.

Degeneres was the only the only female comic who Johnny Carson invited to sit on the famed couch during her first visit on The Tonight Show back in 1986. She was a huge hit on the show and was invited back half a dozen more times in the next couple years. This led to appearances on other shows including The Late Show with David Letterman, The Tonight Show with Jay Leno, The Oprah Winfrey Show, Later with Greg Kinnear, Larry King Live, and Good Morning, America.

After appearing on a number of talk shows, she began landing roles on television shows including Open House, One Night Stand, and Laurie Hill. These opportunities led to her getting her own television series, These Friends of Mine, which became the sitcom, Ellen. The show was a ratings hit up until the fourth season when Degeneres came out during an episode of the show. Viewership dropped off dramatically after this because ABC began cutting back on promoting the show, possibly because the Walt Disney Company, which owns ABC, had become uncomfortable with show’s subject matter. As a result, in May of 1998, the show was canceled.

The Finding Dory star is a relative of Prince William’s wife, Kate Middleton! They are 14th cousins, twice removed, according to an ancestral tracing company in Boston. They are related through Sir Thomas Fairfax and his wife, Agnes Gascoigne, who lived in England in the early 1500s. Ellen is pretty excited about her new relative. She’s hoping that she and the Duchess can hang out sometime!

The Finding Nemo star dated Anne Heche from 1997 until August 2000. Heche initiated the breakup, which left Degeneres heartbroken. After that relationship ended, however, she found love again with actress/director/photographer Alexandra Hedison. They broke up in 2004, which is when Degeneres starting dating Portia de Rossi. They were married in August 2008 and they have been together ever since.

The actress turned television host has her own ride at Disney World called Ellen’s Energy Adventure. It is part of the Universe of Energy attraction and pavilion at Walt Disney’s Epcot. It stars DeGeneres and Bill Nye, and features four separate large-format film presentations and a slow-moving dark ride. The ride takes about 45 minutes and guests get to travel through time and Degeneres’ subconscious.