10 Ellen DeGeneres Pranks That Will Make You Laugh Out Loud 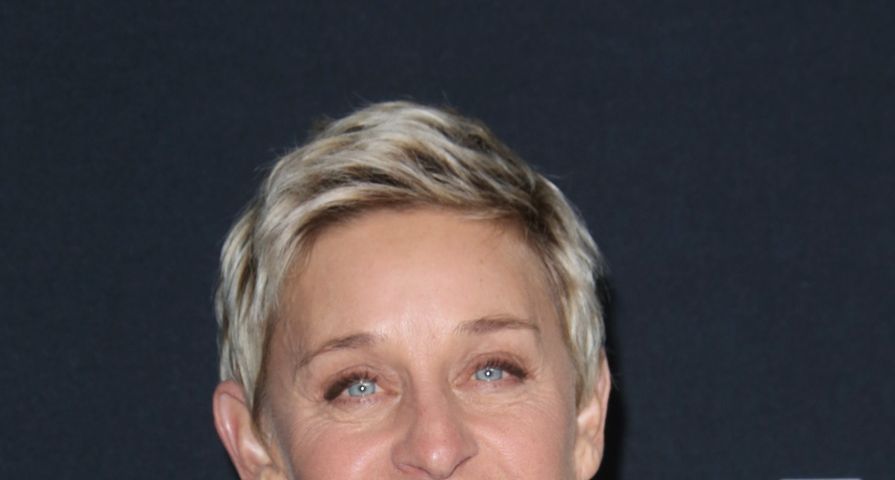 One of the best parts of Ellen’s show is her pranks, hands down! The Ellen Show host is known for her hilarious antics for which no one is spared. From studio audiences to unsuspecting celebrities, Ellen loves to see people’s reactions to her silly pranks. We’ve rounded up a list of the 10 best pranks Ellen’s done over the course of her show that are sure to make you laugh!

Ellen certainly knows how to outdo herself when it comes to her pranks! A few years ago, Ellen teamed up with Steve Harvey to prank an entire studio audience in one of her hilarious “Ellen in Your Ear” segments. As part of his new talk show, Harvey hosts a question and answer segment with his audience. With Ellen in his ear, Harvey offers the most ridiculous pieces of advice we’ve ever heard that include doing the “high kick of life.” Ellen also has Harvey make a false confession about his infamous mustache. In hearing her line, Harvey tries to suppress laughter that almost blows his cover.

Ellen paired up with Jennifer Aniston for a super funny prank on an unsuspecting victim. A salesman named “Skippy” delivers a bicycle to Aniston, only to get caught up in an odd conversation with the actress. Despite Ellen throwing odd lines her way, Aniston is a great sport who knows how to ham things up even more. And perhaps even more funny is that Skippy makes a confession of his own!

Antonio Banderas arrived at Ellen’s show only to find himself greeted by one of her quirky employees, “Diane.” Banderas listens to Diane as she goes on about her love of cats. She talks to him about his film, Puss in Boots, and says, “I knew a cat movie could become number 1! I love cats!” Banderas is nothing but patient with Diane but makes sure to tell Ellen what he thinks when it’s all over!

International star Adele plays an over-the-top caricature of herself in her prank with Jamba Juice employees. The lines that Ellen feeds Adele through her earpiece keep the employees on their toes. Adele asks them a series of odd questions about the store’s juice options, and then says, “Sorry, I’ve never been here before. We have something similar in England. We call it Swishy Chug … It’s a type of beet and potato mixed together.” Where does Ellen come up with this stuff?

For this prank, Ellen had Jennifer Lopez host interviews with 2 potential assistants in what must have been weirdest interviews they ever had! Lopez asks the candidates several questions and makes sure they don’t forget she’s “Jenny on the Block.” Although the 2 individuals try to roll with it, it’s evident they feel awkward. You can tell Ellen thrives on this as it only spurs more ridiculous antics!

If you think you’ve seen Eric Stonestreet over the top in Modern Family,��then this video is worth the watch! Every year Ellen sends her executive producer, Andy, into a haunted house so she can delight in his fright. Feeling compassionate, she decided to allow Andy to bring Eric Stonestreet along for the walk. Stonestreet’s reactions are priceless and contain more than a few expletives.

For this one, Ellen sends Sofia Vergara into a store on the Warner Brothers lot to prank its employees. Although Vergara’s personality is usually lighthearted and cheery, Ellen thinks it would be funny to make her act sad. Pretending to be working on a film titled, “When Dogs Are Running and Horses Are Silent,” Vergara is directed to do everything from cry hysterically to gallop like a horse. The actress has no qualms about playing it up to get the best reactions.

Nurses are some of the most patient people out there. For this prank, Ellen sends a nurse to check on Bruno Mars who pretends he has a sore throat. As the nurse tries to assess his condition, Mars – via Ellen – feeds her the most absurd reason as to why he’s feeling ill. She takes it all in stride making you wonder what other odd things she’s seen in her profession!

Most of us grow out of silly behaviors like leaving prank phone calls, but not Ellen. She teams up with Anna Farris to leave a prank voicemail to Farris’ husband, Jurassic World’s Chris Pratt. Farris pretends she’s been arrested, with Ellen voicing the role of police officer. The 2 of them do a great improvised bit together. We only wish we could have seen Pratt’s reaction to the message!

Last year Ellen found herself caught up in a prank war with The Today Show’s Matt Lauer. It started when Ellen decided to superimpose fetish wear onto Lauer’s body in a 50 Shades Of Grey interview with Dakota Johnson and Jamie Dornan. Unwilling to be a passive chump, Lauer unleashed some of his own pranks. While Lauer’s effort is commendable, he still couldn’t outdo the queen of pranks!