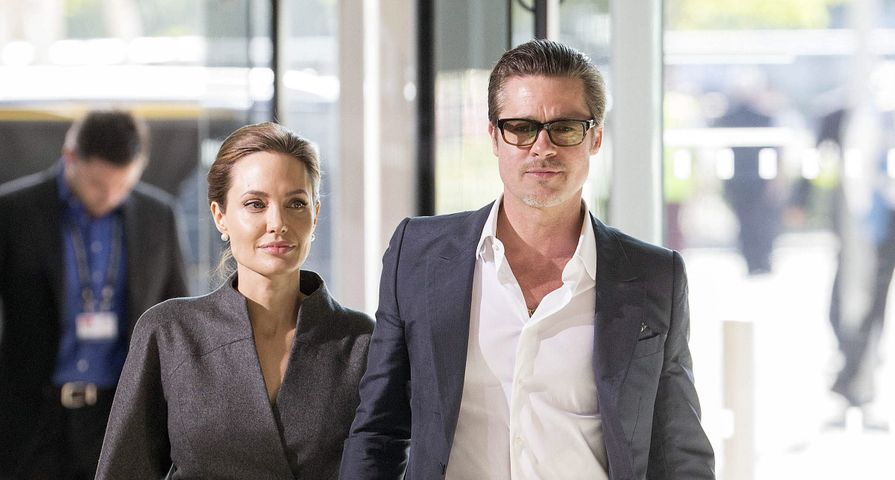 Brangelina was without a doubt one of the most famous couples in Hollywood history. With their beauty, their wealth and the fact that he was married when they initially met, it had all of the right ingredients to keep everyone interested. Although the couple recently filed for divorce, none of us have lost any interest. In fact, we want to know even more about their relationship now! This is why we have 11 things you probably didn’t know about the former power couple:

Although speculation about Brad Pitt and Angelina Jolie ran rampant well before they ever confirmed a relationship, not long after they got together, Angelina Jolie gave a very candid interview about getting together with Pitt, and opened up about the moment they realized how serious they were. Jolie revealed that it had a lot to do with her son Maddox who was around 4 at the time. She stated that one day, Maddox “just out of the blue called him Dad.” She continued, “It was amazing. We were playing cars on the floor of a hotel room, and we both heard it and didn’t say anything and just looked at each other. So that was probably the most defining moment, when he [Maddox] decided that we would all be a family.”

It was rather shocking to many just how quickly Jolie and Pitt’s relationship went after they got together, with Pitt adopting both of Jolie’s adoptive children, Maddox and Zahara, as his own, and of course getting pregnant with their first biological children. As it turns out, however, Jolie at first never wanted to be a mother, while rumors always indicated that all Brad ever wanted was to start a family with his ex-wife Jennifer Aniston. Of her changing views on motherhood, Jolie stated, “It’s strange, I never wanted to have a baby. I never wanted to be pregnant. I never babysat. I never thought of myself as a mother.”

X17agency.com
Things You Might Not Know About Harry Connick Jr. And Jill Goodacre's Relationship

Everyone is well aware that the pair first met while co-starring in the 2005 film Mr. & Mrs. Smith, but years later they worked together once again on By the Sea, which Jolie also directed. Upon the release of the film, the pair reflected on the difficulties of working together on a film after 10 years of being together in real life. “It’s very very different than Mr. & Mrs. Smith. It isn’t a comedy It’s 10 years after. Anyone who’s been married a really long time will understand this movie,” Jolie stated. Pitt added, “Our job is to personalize each moment even if it’s not our story. There’s no way you can’t get a little riled up. That’s why it works. I think because we’re married and we know each other in that way, it just made it more sensitive on set and made it a little harder to be tough on each other. But when we went, we went pretty far.”

As two of the biggest names in Hollywood individually, it isn’t surprising that together they were regarded as the industry’s top power couple, but how much exactly do they rake in? Well, together Pitt and Jolie are worth an incredible $400 million. Of that estimated amount, Pitt brings in around $240 million while she has an additional $160 million.

Fans of Brad, Angelina, and Jennifer Aniston for that matter are well aware of the scandal of Jolie and Pitt’s relationship when it was assumed that the pair fell in love on the set of Mr. & Mrs. Smith, and Brad had cheated on Aniston. They adamantly denied there was cheating, as well as the fact they even fell for each other on set. As time went on, however, it became more and more apparent that it all did start on set, and while there might not have been any physical cheating, it was more than friendship. In 2008, Pitt was asked if he had a favorite film of Jolie’s he stated, “Mr. & Mrs. Smith,” and when explaining why he said, “I just mean because, you know… six kids. Because I fell in love.” Of course, the interview sent shockwaves through the media as Pitt finally admitted they did fall in love on set. An admittance came two months after Jolie confirmed the same thing in an interview of her own stating, “Not a lot of people get to see a movie where their parents fell in love.” In a December 2006 interview, Jolie also stated that deciding to be together wasn’t easy for the pair. “It took until, really, the end of the shoot for us, I think, to realize that it might mean something more than we’d earlier allowed ourselves to believe. And both knowing that the reality of that was a big thing, something that was going to take a lot of serious consideration.”

Although Jolie was blamed early on for the split of Pitt and Aniston, and the rumors of cheating on the set of Mr. & Mrs. Smith went wild, Pitt and Jolie were skilled at not making any statements about their nature of their relationship. The pair were spotted together often enough, and in April 2005, one month after Aniston filed from divorce from Pitt, he was seen in Kenya with Jolie and her son Maddox, which the media made out to be proof of a relationship. In reality, however, their relationship was never confirmed until January 11, 2006 when Jolie made the announcement to People magazine that she was pregnant with Pitt’s child. It was the first public acknowledgement of their relationship through all of the rumors, scandal and Pitt’s divorce.

In 2008, the New York Times wrote a piece about how good Jolie is at “manipulating the press,” directly referencing the selling of her children’s first baby pictures in exchange for good press, and while Pitt did not take kindly to those comments, everyone is well aware of the deals made to People magazine for the photos. After their first daughter Shiloh’s birth in 2006, they couple sold the rights to her first pictures to People for $4.1 million. They sold the British rights to Hello! for $3.5 million and donated the money they made off the sale to charities serving African children. Then in 2008 they made history when they sold the rights for the first images of their twins Knox and Vivienne to People and Hello! for a combined $14 million, making them the most expensive celebrity pictures ever taken. They then donated the proceeds to the Jolie-Pitt Foundation.

After a lot of speculation of an impending breakup and a lot of questions on if they would ever get married, after seven years together, the pair were finally engaged in April 2012. Back in 2006, however, Pitt said in an interview that he and Jolie would only consider getting married when everyone else in the country was legally able to. Despite this promise, the two broke down and on August 23, 2014 they were married in a private ceremony in Chateau Miraval, France. Afterwards they revealed it was a “family affair” and Jolie wore a gown that had been doodled on by her children, and they all played a major role in the ceremony. Five months after the big wedding, Jolie revealed that she and Brad were married before the ceremony, explaining, “Before the wedding in France with the kids, Brad and I were already married in California. As Americans, we couldn’t marry legally in France.”

After 10 years together, the pair finally took the plunge into marriage in 2014. Initially, they said that they were waiting for equal rights for everyone, but it seems there might have been a different reason for holding out so long. According to many sources close to the couple, the pair fought quite a bit because both are very independent and headstrong and it was quite the adjustment to have to compromise. Now, it seems marriage wasn’t the best route for the pair after Jolie filed for divorce shortly after their second wedding anniversary.

Of course one of the biggest topics surrounding the Pitt-Jolie relationship is their large brood of children, and how quickly it all happened! In 2002, a year before she met Pitt, Jolie adopted seven-month-old Maddox Chivan from Cambodia with her then-husband Billy Bob Thornton, although Jolie was the sole adopter of Maddox. Then in 2005, Jolie adopted six-month-old Zahara, and although Pitt was along for the trip, it wasn’t until the following year Pitt legally adopted Maddox and Zahara as his own. On May 27, 2006, Jolie gave birth to their first biological child, daughter Shiloh, in Namibia where the couple traveled to before the birth to avoid media frenzy. In March 2007, Jolie adopted son Pax Thien from Vietnam, and while she and Pitt were together, Jolie had to do it alone because Vietnam’s adoption regulations do not allow unmarried couples to co-adopt. Subsequently, Pitt adopted Pax in 2008. Finally, on July 12, 2008, Jolie gave birth to their twins Knox Leon and Vivienne Marcheline.

Brad Pitt and Angelina Jolie have bought magnificent and impressive homes all around the world. They have owned homes in New Orleans, London, as well as their $60 million estate and winery in France where they were married. Most recently, the pair bought a $30 million luxury Majorcan villa in the town of Andratx. The property is right on the coast and boasts eight bedrooms, a large garden, a large swimming pool, and a living room with a view of the Mediterranean sea.