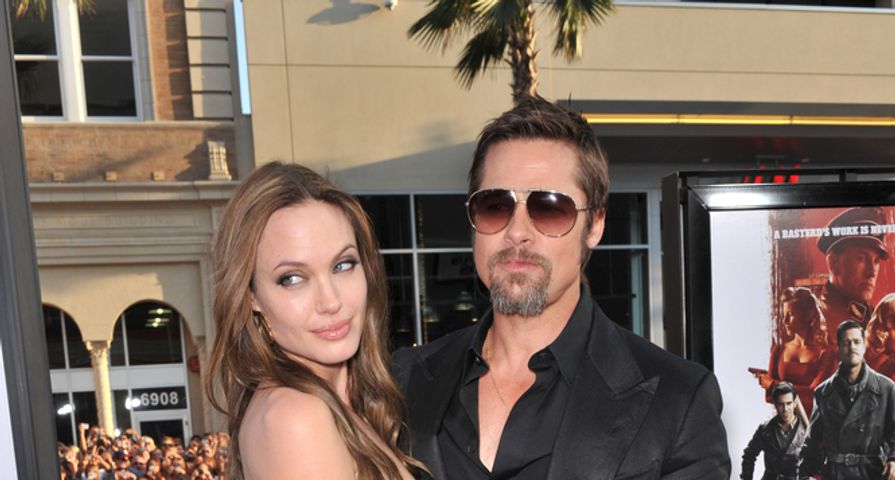 Brad Pitt and Angelina Jolie were the hottest celebrity couple on the planet. When they got together, she was considered the world’s sexiest woman and he was the world’s hottest man and together they were perfect. Through the years, they have given us the impression that they have a really good relationship and that, whatever problems they have, they always worked through them as a team. Since Angelina filed for divorce, we’ve been looking back trying to see if there were any signs that these two were headed for a split and – lo and behold – there are several!

7. He Was Married When They Met

When Angelina Jolie and Brad Pitt met on the set of Mr. and Mrs. Smith, he was married to Jennifer Aniston. However, it didn’t take long during filming for rumors about an affair between Brad and Angelina to start popping up. Sure enough, after filming wrapped, he ended his marriage with Jennifer and was soon seen playing happy family with Angelina and her son Maddox. Although she initially said that nothing happened between them while he was married to Jen, years later Angelina came out and admitted that she and Brad had fallen in love on the set of Mr. and Mrs. Smith. Definitely not the best way to start a relationship!

6. His Drinking and Pot Smoking

There were rumors floating around back in 2009 that the Fight Club actor – who admitted in the past that he liked to smoke pot – was still getting high and drinking even after he and Angelina Jolie had children together. She reportedly was not a fan of this habit and didn’t think it was creating a good environment for the children, which created friction between the couple.

When Angelina Jolie was directing Unbroken back in 2014, there were rumors that she was engaging in a torrid affair with the young star of the film, Jack O’Connell. There were reports that Brad was green with envy and that their marriage was “shaken” as a result. It was also alleged that Angelina and Jack’s fling was turning into something more but, after promotions for the film were wrapped, there was nothing else said about their relationship.

This past July, The National Enquirer reported that the actress and actor were no longer a couple and were now leading separate lives because of her humanitarian work that took her around the globe. “Angie’s is taking humanitarian work very seriously, and has traveled to Lebanon, Greece, and Washington, D.C. in the past few month,” a source said, adding that Pitt was left feeling really lonely. The actress was also reportedly thinking of doubling her humanitarian work, which caused their relationship to spin further out of control.

In June, it was reported that the Oscar-winning actress and her Oscar-nominated husband were fighting about selling their French chateau. She wanted to sell it and he wanted to keep it. He had been tirelessly renovating it and it was where he would usually go after the now estranged couple would have disagreements. When these reports came out, they were both spotted arriving at LAX on the same day, but on separate flights, which only further fueled the rumors that all was not well between the power couple.

This past year, Brad has been working on the World War II era espionage movie Allied with Marion Cotillard and there have been rumors that these two were getting along a little too well, which was making his wife jealous. “Brad is really bonding with his co-star Marion Cotillard,” a source told In Touch. “They’re flirting and sharing jokes between takes. Brad has become Marion’s one-man fan club. He comes home raving about how classy and talented she is and how much he loves her French accent. Angelina can’t stand it!” To get him back, Angelina reportedly went to see Jack O’Connell in a play, which pushed their relationship to the brink, but Angelina is being adamant the divorce has nothing to do with Marion Cotillard or any “third party” for that matter.

1. Brad Was Traveling Solo All Summer

Since filming wrapped for Allied, Brad Pitt was spotted traveling solo on multiple trips between France, New York and LA. Usually the actor, along with his wife and his six children can be seen traveling together; however, as of July 2016, the family of eight had not been seen together in months and many were speculating that all was not well with Brad and Angelina. There were also reports that that the couple was close to divorce then, but were trying to work through their many issues.