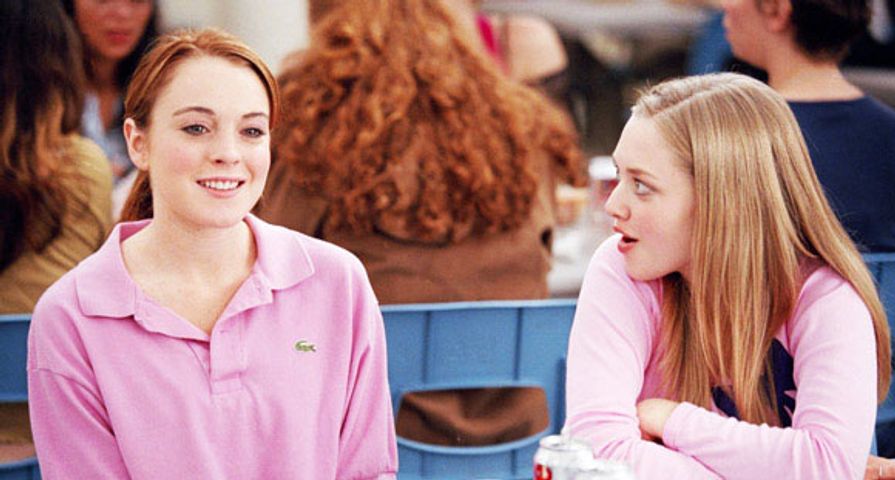 Mean Girls was a smash hit at the box office when it was released in 2004, and since it’s debut weekend 11 years ago, the film has made a whopping $129 million worldwide. It’s safe to say this movie was a huge hit back in the day and its popularity continues on today (especially on Oct. 3). Mean Girls, or should we say, ‘the plastics’ taught an important lesson on bullying, and did it in a hilarious fashion that poked fun at teenagers in high school. The endless laughs from this film can most likely be attributed to Tina Fey. This comedian was not only cast in the film, but also worked as a producer and screen writer. So besides the great cast (which Tina Fey handpicked), our favorite thing about this film is the script. If you were in high school when Mean Girls was on the big screen then it’s almost guaranteed you can dish out at least one memorable line — and if you can’t, then as Regina would say: “you can go shave your back now.” The following list is the top 12 best quotes from Mean Girls:

Mrs George: “I just want you to know, if you ever need anything, don’t be shy, OK? There are NO rules in this house. I’m not like a regular mom…I’m a cool mom…Can I get you guys anything? Some snacks? A condom? Let me know! Oh, God love ya.”

Gretchen: ”I’m sorry that people are so jealous of me…but I can’t help it that I’m popular.”

Regina: “If I would blow her off to hang with Kyle, she’d be like ‘why didn’t you call me back?’ And I would be like why are you so obsessed with me?”

Regina: “But you’re, like, really pretty”
Cady: “Thank you.”
Regina: “…So you agree? You think you’re really pretty?”

Karen: “On Wednesdays we wear pink!”

Karen: “If you’re from Africa, then why are you white?”
Gretchen: “Oh, my God, Karen, you can’t just ask people why they are white…”

Gretchen: “Irregardless! Ex-boyfriends are just off limits to friends. I mean, that’s just like, the rules of feminism!”