10 Stars Who Dated Their Directors 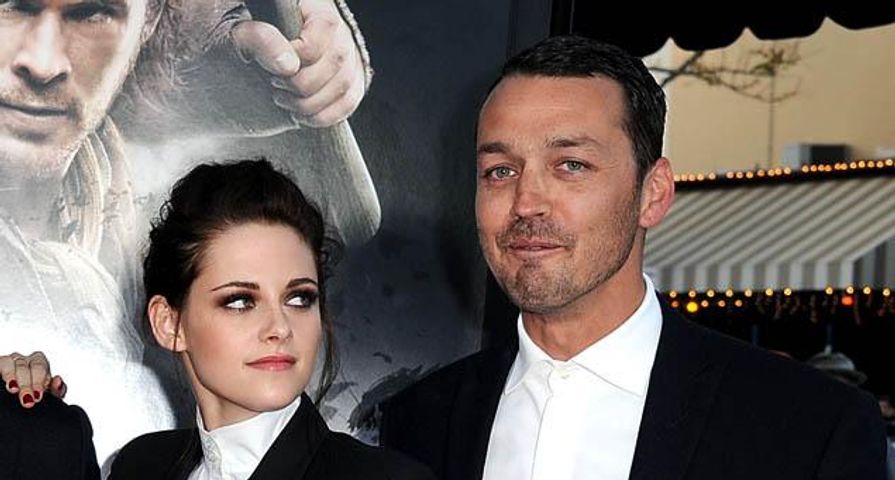 Hollywood is a small, small (elite) world. Celebrities of the entertainment industry tend to date within their small circle simply because it is hard for them to pursue authentic relationships, thus the best way to assure a trustworthy partner, many celebrs turn to their co-workers or people involved in a similar career. In fact such behavior is encouraged. It often results in free publicity for projects, and some really beautiful–and occasionally screwed up–children. It’s pretty common for actors, actresses and musicians to hitch their wagons for a short time, and every once in awhile for the long term. But actors/actresses dating their directors? It’s rare. Here are a few who were so bold!

Milla Jovovich was once the hottest up-and-coming, most intriguing, mysterious actress in Hollywood. Her small, but crucial role in Richard Linklater’s Dazed and Confused came with her never uttering a line outside of singing a song. Milla has been making movies for over 20 years, and when she fell in love with playing the character of Alice in the Resident Evil series, she also fell in love with the writer and director, Paul W.S. Anderson. No, this is not the same Paul Anderson who is married to Maya Rudolph–that is Paul Thomas Anderson. Paul W.S. and Milla bonded over the infected creatures in Resident Evil. So much so, they continued to make several sequels together, got married and made babies together. And as all megafans are well aware, Milla and Paul have collaborated on, and will release on final Resident Evil flick in 2017.

Most people think Diane Keaton, and they think, “One of Hollywood’s first great feminists.” Others may think, “Who’s Diane Keaton?” Diane was a force to be reckoned with, and still is…she just doesn’t work as often as she once did. For those who love movies, and love the quirkiness of Woody Allen movies, Diane was the titular character from his beloved film, Annie Hall. Diane is a mother, but she has never married. However, she and Woody Allen did enjoy an odd relationship for quite some time–odd meaning they were an odd couple. Diane has long supported Woody and his career endeavors even after their romance fizzled decades ago. The 69-year-old actress has stated that she would enjoy being married during her golden years, alas, Woody married long ago to Soon-Yi Previn, the adopted daughter of his ex-wife, Mia Farrow.

Depending on who you are, you either love or hate Kate Capshaw, and there is a singular reason why: Indiana Jones and The Temple of Doom. Kate was thrust into super-stardom playing the role of Willie Scott, opposite Harrison Ford. Her character was a handful, and for many fans, they long associated Kate with Willie, and imagined she had to be something like her. Not at all. The one person who knew that she was offering tremendously funny character work was director Steven Spielberg. The two pros grew fond of one another, and eventually engaged in a romantic relationship; however, they didn’t marry until years later. The two waited so long that there eventually was another Indiana Jones flick in the mix, but Kate wasn’t a part of it. Kate continued to enjoy several starring roles in big films, but eventually withdrew from the pursuit to focus on the family.

It was bittersweet to learn that Helena Bonham Carter became a single woman again in 2015. Bitter because she enjoyed a 13 year relationship with Tim Burton that included two children. Sweet because everyone who has had a crush on her for 20 years might finally have a shot. There was a long stretch where Helena was in nearly every film that Tim directed. She played a character or voiced one in his animated films. This is a rarity in Hollywood. She obviously wasn’t reliant on Tim for work, but the two adored one another, and were each other’s biggest fan. A collective “Aww…” Somewhere along the line–in the past year–the couple split. In September of 2015, Helena finally opened up and offered a little more insight, suggesting the couple still carry something “precious,” but they’ll no longer be living together.

Like Milla Jovovich, Kate Beckinsale fell in love with, and married the director who captained the ship known as the Underworld series. It’s easy to understand how people become fond of one another spending hours on set. When an actress or actor are willing to do several films in a series, it suggests a great working relationship…and sure, a great payday. That stated, for Kate Beckinsale, and director Len Wiseman, sparks flew in the darkness of their vampirical Underworld. They married in 2004, and the relationship lasted over 10 years. Kate will have no trouble finding love again, and based on the long run she had with Len, she might consider another relationship with one of her directors. Worth noting: the fifth Underworld installment was directed by a woman.

This could easily be in the top spot on our list, but we’ve left Aaron–the lone male–at number 5 for a little variety. Aaron completely wooed his director, Sam Taylor, when he auditioned for her. She was smitten. The film was Nowhere Boy, a film chronicling the early life of the legendary John Lennon. Aaron was 19 at the time, and Samantha was… 42. Of course, there was no hoopla, and no one suggesting that it was gross…yet had the ages been reversed there might have been a bit more talk. Regardless, Aaron Johnson, who most everyone knows as Kick A–, but he’s mature beyond his years. It’s a statement that every director seems to make. Aaron and Sam began dating, and then announced their engagement at the premier of Nowhere Boy in 2009. The couple married in 2012, and are still happily married today. The couple took the other’s name to become Sam and Aaron Taylor-Johnson.

Rosario Dawson is one of those rare individuals who is so ageless, she could still play a teenager if a role warranted a character history. She is a magnetic presence, and boasts a reputation of gold within the Hollywood entertainment community. A few years ago, she engaged in an intimate relationship with director Danny Boyle, who she worked with on Trance. When the couple split a few years ago, it was a little awkward to see them at events together. Normally cordial, they took to ignoring one another. Rosario eventually opened up, and suggested that the couple dated for longer than people realized, but never announced their relationship, so why announce the split? This called to question whether or not Trance was their introduction, or the beginning of the end. We’re going with the latter, because it was at the junkets when the awkwardness began.

The relationship between Kate Winslet and director Sam Mendes was highly publicized. Anytime that much talent hitches their wagons, it’s cause for pause. Sam has become known more for his producing that his directing, but his directing work will prove to stand the test of time. His relationship with Kate began before the couple every worked together, and when Sam finally directed his wife, he also reunited her with her Titanic co-star, Leonardo DiCaprio. This, of course, resulted in the resonant drama, Revolutionary Road. It was a bit of a beat down, but there was no arguing the acting performances, or the engaging universality of the story. Kate remained married to Sam from 2003-2010. She’s now married to Ned Rocknroll, who was born Abel Smith, and who is the nephew of Sir Richard Branson, the British billionaire.

Frances McDormand is one of the finest actresses a director could ever hope to work with. Her husband knew it, and he delivered her to Oscar’s doorstep. Frances is married to Joel Coen, of the Coen Brothers, widely considered two of the finest filmmakers on the planet. Frances and Joel have been married since 1984, after they met on the set of her first film, and the first feature film for Joel, Blood Simple. The couple have been working together ever since, though they have never forced the issue. They’re just an exception to the rule that you should never work with your spouse. Obviously, that “rule” was suggested by someone who hated their spouse. Frances won the Oscar for Best Actress in the Coen’s 1996 feature film version of Fargo, and she’ll also appear in their next film, Hail, Caesar!

Did you see this one coming? It is a bit cruel, but isn’t intended to read that way. Kristen Stewart threw her own life into upheaval when she ventured into a relationship with her director, who happened to be married, and she happened to be one half of Hollywood’s It couple. This is, of course, in reference to her relationships with Snow White and The Huntsman director, Rupert Sanders, and her then fella, Robert Pattinson. There are just those people who are easily lured into showmances. It seemed a bit ironic, considering the character Kristen played in Adventureland, but such is life imitating art imitating life. Kristen endures a lot of unnecessary hate from the haters, and on this occasion, it was deserved. Dating your director? That’s cool. “Dating” your director who is married…? Not cool.