Home » Entertainment » Celebrities » 10 Insanely Rich Models: How Much Are They Worth?

10 Insanely Rich Models: How Much Are They Worth? 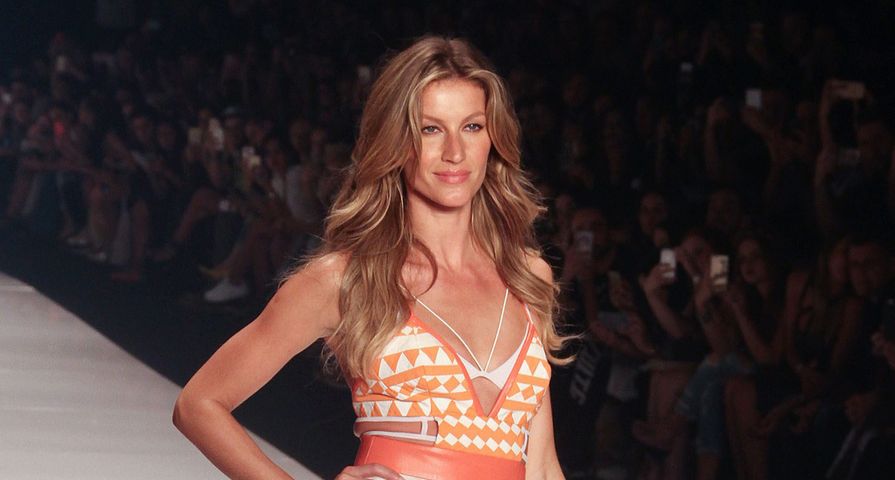 Posing for the camera and sauntering down the catwalk is just the first step on a route to fame and fortune for some people — as if being born naturally gorgeous wasn’t lucky enough! Today, we’re taking a look at 10 insanely models and seeing how much they are worth. Check it out!

Estimated Net Worth: $70 million. Adriana began her catwalk career with Victoria Secret back in 1999 and she still continues to walk the runway to this day. In 2011, she earned $7 million and in 2012 she raked in $8 million. In 2014, she brought home an additional $8 million, which certainly helps to explain her $70 million net worth.

Estimatd Net Worth: $70 million. Professionally, Heidi Klum is a force to be reckoned with. She modeled for Victoria Secret for 13 years and is a host and a judge for Germany’s Next Top Model and for the reality TV show Project Runway. She also has a deal with New Balance to create a line of tops, dresses and athletic apparel that will be sold exclusively on Amazon. It’s not surprising that she has a net worth of $70 million. She works ridiculously hard!

Estimated Net Worth: $80 million. Christie Brinkley’s modeling career has spanned more than three decades; however, that isn’t where the majority of her wealth comes from. She’s made some smart real estate investments in the Hamptons, which account for a good portion of her $80 million fortune.

Estimated Net Worth: $80 Million. Kate Moss – who rose to fame as part of the heroin chic fashion trend – has consistently been one of the highest paid models in the world. In 2006, she earned $8 million and in 2007 brought in over $9 million. In 2012, she brought took home $9.2 million. It shouldn’t come as a shock that she’s worth an estimated $80 million.

Estimated Net Worth: $90 million. Tyra Banks began her career as a model, but it’s her work on the show America’s Next Top Model and The Tyra Banks Show, as well as her various product endorsements and producing that have cemented her $90 million net worth.

Estimated Net Worth: $95 million. Elle Macpherson – also known by her nickname The Body – is a model turned businesswoman with an estimated net worth of $95 million. She has a number of successful business ventures like a lingerie line, Elle Macpherson Intimates, and a line of skin care products, The Body, and she’s also the host and executive producer of Britain & Ireland’s Next Top Model.

Estimated Net Worth: $100 million. Cindy Crawford may not have been born a super-wealthy heiress, but that didn’t stand in her way when it came to finding her way to fame and fortune. Discovered when she was just 16 and working in a corn field in Illinois (no joke), she entered the Elite Model Management’s Look of the Year and was the runner-up. The competition nabbed her representation with The Elite Modeling Agency in Chicago, but after graduating high school, Cindy decided to put modelling off to the side to pursue a degree in chemical engineering at Northwestern University (as if she isn’t already impressive enough). But she only stayed for a single semester before making her way to New York and signing with the Elite New York modeling agency. Super-model status soon followed, but if you can believe it, that’s not really what gets Cindy on this list. She may have made her name and built her reputation as a supermodel, but it’s been her recent years as an entrepreneur that’s made her the big bucks. Her “Meaningful Beauty” line of beauty products as well as her line of home furnishings for J.C. Penny called “Cindy Crawford Home Collection” have helped Cindy with a fortune matching her husband’s $100 million.

Estimated Net Worth: $145 million. Erin Heatherton – who is best known for her work with Victoria Secret and for dating Leonardo DiCaprio – is worth a reported $145 million. She’s made her money with smart stock investments, substantial property holdings and her lucrative endorsement deals with Cover Girl.

Estimated Net Worth: $360 million. You surely can’t be surprised to see Gisele Bundchen on this list. Undeniably the queen of today’s modelling scene, she’s a superstar and super-earner in the industry. Originally planning on pursuing a career as a professional volleyball player, her career course was altered when she was signed by a modelling agency when she was just 13-years-old and stepped onto the catwalk during the 1996 Fashion Week in New York when she was only 16. And from there, it was straight to the top with campaigns for top designers like Versace, Ralph Lauren, Louis Vuitton, Dolce & Gabbana, Michael Kors, Christian Dior and of course Victoria’s Secret as one of the famous lingerie bedazzled angels and has graced the covers of Vogue, Elle, Harper’s Bazaar, W, Rolling Stones, Esquire, GQ, and has been featured in Forbes, Newsweek, and Time.  Her work in the business has not only made her one of the most recognizable faces in the world, it’s also made her richer than most can imagine with an estimated net worth of $360 million.

Estimated Net Worth: $450 million. Kathy Ireland may have started as a model, but that was just the very beginning for the woman who now runs a wide-reaching, money-making business machine. Becoming one of the most popular models of the ‘90s gained her the kind of leverage she needed to release a line of socks with Kmart. Yup, it all started with socks at Kmart. They were such a hit with the public that Kathy was asked to lend her name to an entire clothing line which was also incredibly well received. But just adding her name to the products wasn’t enough for Kathy, so she took the next step by founding her own marketing firm “Kathy Ireland Worldwide” which “markets home goods products from dozens of companies in a wide range of categories.” The company now makes billions of dollars each year which has helped Kathy grab the second spot on this list with an incredible net worth of $450 million.