10 Celebrity Couples Who Got Back Together After A Break-Up 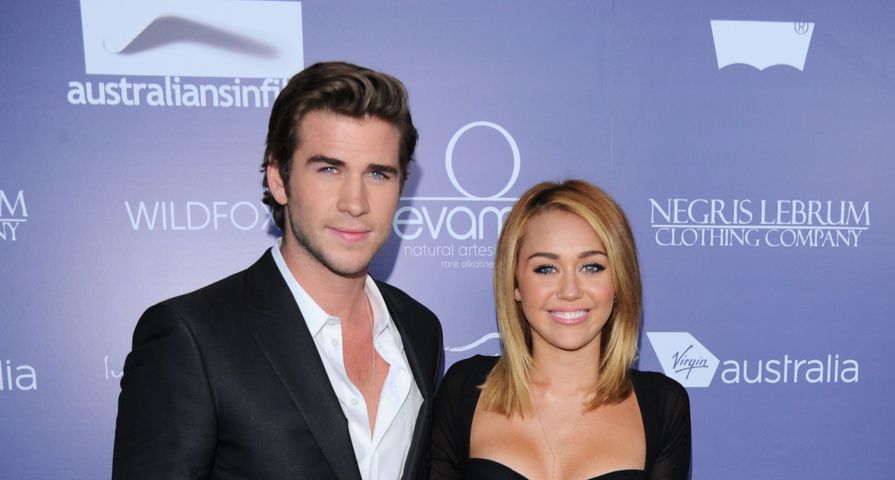 Grey’s Anatomy star Patrick Dempsey surprised everyone when it was announced in January 2015 that his wife of almost 16 years, Jillian Fink, had filed for divorce. Following the news there were reports of fighting in the relationship, and Dempsey’s Malibu home went up for sale; however, reports quickly went quiet and later in the year in November photographs popped up of the two holding hands while strolling around Paris. It seems the pair are continuing to work on their relationship and have not moved forward with their divorce proceedings.

Real Housewives of Atlanta star NeNe Leakes and her relationship with Gregg Leakes started long before they were on reality TV, first marrying in 1997. Unfortunately the two divorced in 2011 amid reports that NeNe had turned into a diva and things with Gregg had gotten bad. It turns out, however, their love was meant to be as they not only got back together, but announced their engagement in January 2013. The two then remarried in June in a wedding taped by Bravo for I Dream of NeNe: The Wedding and seem to be happier than ever now.

Catherine Zeta-Jones and Michael Douglas have come under a lot of scrutiny for their relationship, beginning with the fact he is 25 years her senior. The two were together for 13 years; however, before reports announced that the two were living separately, but had no plans for divorce. By the end of the year, the two had reconciled and moved back in together.

The Hills star Kristin Cavallari and Chicago Bears quarterback Jay Cutler had a rocky road to marriage to say the least. The two began dating in late 2010 and became engaged in April 2011, but only a few months later, they called off their engagement. The two then reconciled in November and Cavallari tweeted that the wedding was back on. While still engaged, they welcomed their first son Camden and were finally married in June 2013. They have since welcomed another son Jaxon and a daughter, Saylor.

Things were on and off between Pink and motocross racer Carey Hart a few times before the couple were able to solidify their relationship. The two began dating in 2001, but briefly broke up in 2003 before Pink propsed to Hart in June 2005 while he was racing at Mammoth Lakes. After accepting, the two were married in January 2006, and after several rumors, Pink confirmed she and Hart had separated in February 2008. They weren’t ready to give up, however, and turned to marriage counseling which resulted in a reconciliation, getting back together in 2010 and in 2011 welcomed their daughter Willow Sage Hart.

Prince William and Kate Middleton’s love story began back in 2001 when they pair met at the University of St. Andrews and officially began dating in 2003. The two split in April of 2007 after hitting a rough patch in their relationship, although neither commented on the break. It didn’t take long, however, for the two to rekindle their romance and they became engaged in 2010 and were married in April 2011. They are now the picture of happiness and parents to Prince George and Princess Charlotte.

Actress Gabrielle Union and NBA star Dwyane Wade first began dating in 2009, but in January 2013, they split for a few months. Although they reconciled by April, in that period of time, Wade had gotten a long time friend pregnant with his child, but that didn’t stop them from getting back together and they became engaged in December 2013, a month after Wade’s son Xavier was born. The two married on August 30, 2014 and Union became a stepmother to Xavier as well as Wade’s two older sons from his first marriage.

Adam Levine and Victoria’s Secret model Behati Prinsloo are one of Hollywood’s cutest couples, but they two hit a few bumps in the road before making it work. The pair first began dating in May 2012, but in March 2013, Levine broke things off and immediately began seeing another Victoria’s Secret model Nina Agdal. It didn’t take long for him to rekindle things with Behati, however, and the two became engaged in July of that year and were married a year later on July 19, 2014.

After several other high profile relationships each, Justin Timberlake and Jessica Biel formed their own power couple when they began dating in January 2007. They were together for four years before abruptly breaking up in 2011, but the split was only brief and they became engaged in December 2011 and were married the next year in October. They are still going strong and welcomed their first child, Silas, in April 2015.

Some are not very supportive of the complicated relationship between Liam Hemsworth and Miley Cyrus, with many stating he can do better, but it is clear there is a lot of love between these two even though they’ve hit some rough patches. The pair began dating while filming The Last Song together in June 2009, but in 2010, the two called it quits after Miley was spotted getting close to a costar while filming LOL in Detroit and Liam was seen surrounded by blonde beauties in Newport Beach. However, when Miley came back to L.A., they quickly got back together, became engaged and moved in together; however, it all fell apart again when they called off their engagement in September 2013, but in interviews always stated how much they loved each other. The two got back together and in December 2018 finally said “I Do” in a private wedding.