10 Celebrities With Bad Luck In Love 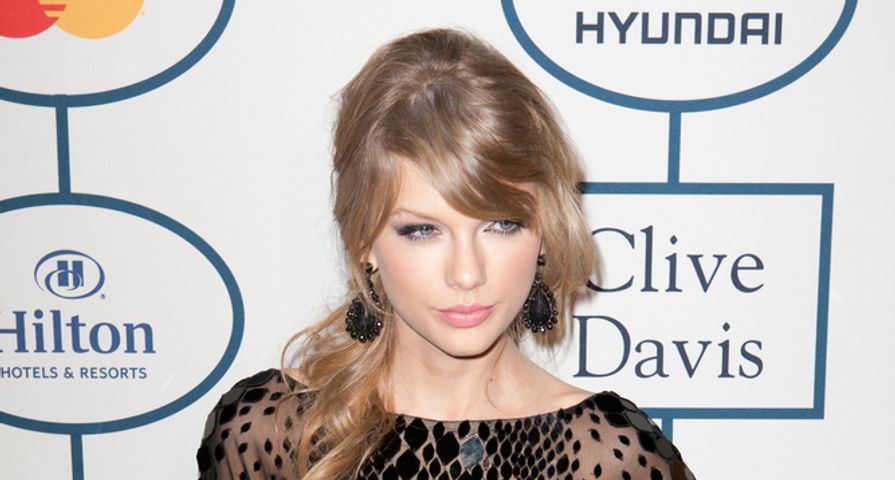 In the world of celebrity it’s not hard to see how romance can blossom quickly. The people are sexy, money is no object, and producing a film or album requires late-night intimate evenings burning that midnight oil. On the other hand, long hours, schedules requiring partners to be divided by oceans, and the never-ending revolving door of other hot celebrities, seems to take its toll, especially on the celebs on this list. We’re counting down Hollywood’s A-listers who haven’t been quite as successful in the romance department.

Playboy model and anti-science activist Jenny McCarthy ended her first marriage to the father of her son, actor/director John Mallor Asher after six years in 2005. She went on to date comedian Jim Carey for five years, but publically announced their split, as all classy women do, via Twitter. Since then, there’s been a slew of men in and out of McCarthy’s life, including Jason Toohey, Paul Krepelka, Brian Urlacher, and husband number 2, New Kid Donnie Wahlberg.

This Real Housewife went through hell when her husband Eddie Cibrian left her for another married woman, LeAnn Rimes. Cibrian and Glanville have two sons together Mason and Jake. Brandi was no holds barred though and unleashed her fury via social media, publicly attacking the “home-wrecking” Rimes. Brandi has moved on to new romantic conquests including Johnny Messner, Gerard Butler (a slight step up from Cibrian), and had an-almost thing with John Kermin.

After only three years of marriage #2, Eva Longoria found out that her hubby, French basketball player Tony Parker, had been cheating on her after finding hundreds of text messages in his phone from his lover who was also married. The couple split in a much publicized divorce. The bad luck has continued for the Desperate Housewife, unsuccessfully dating many men including Hayden Christensen, Eduardo Cruz, Mark Sanchez, Ernesto Arguello, and Jose Antonio Baston.

Much like her acting career, this Hollywood hack hasn’t found much success in the love department. Her dating history is full of musicians, sports players and rich businessmen, but all relationships have fizzled out, many supposedly over the Sharknado trilogy star’s partying lifestyle. Some notable names include Tommy Lee, Tom Brady, J.C. Chasez, Palms hotel owner George Maloof, Jeremy Shockey, coal mining heir Wayne Boich, Sergei Federov, French fashion executive Juliene Jarmoune, with whom she was supposedly engaged, and internet entrepreneur Michael Axtmann…to name only a few. Maybe the success of Sharknado 3 will bring about a new romantic era for Tara…

Talk about a sordid romantic history. The daughter of comedian Joan Rivers has had what one may call “bad luck” in love. She began her romantic days in an abusive relationship. She then had a $3 million wedding, a child, and a divorce from horse trainer John Endicott. Rivers continued along her path of unsuccessful relationships when she hooked up with an internet-trolling sex fiend, a relationship she was in for two years. Rivers’ relationship with pervy Jason Zimmerman came to a crashing end for all to see on her reality show Joan and Melissa: Joan Knows Best? Melissa also dated and broke up with porn king Steve Hirsch; TMZ reported she just couldn’t handle the load…

We’re hoping the third time is the charm for Drew who is currently married to hubby #3, Will Kopeelman. Previous husbands include Jeremy Tomas and Tom Green. On top of three marriages, Drew has been engaged twice as well. Drew became engaged to Leland Hayward III when she was only 16 but the relationship was very short lived as is the common tale of young love; the pair were only together for three months. She was also engaged to actor/musician Jamie Walters, but that didn’t come to fruition either. Notable boyfriends include Billy Idol, Edward Norton, Luke Wilson, Justin Long, and Jason Segel.

Britney cursed herself when she released a song titled “Oops I did it again.” The infamous words of this chart topping single have come to haunt the songstress. Spears’ love life became a tabloid dream when she spontaneously married her first husband of 72 hours, Jason Alexander in Las Vegas. The marriage was quickly annulled. Britney made her second booboo when she married her backup singer Kevin Federline in 2004. The couple have two children together, Sean and Jayden James Federline, of whom they share custody. Britney’s third-times-the-charm theory went out the window in her recent breakup from fiancée Jason Trawick. The two are apparently on amicable terms, but this pop princess has still to find her prince.

T-Swift is a media favorite for her bad luck in love, and quite possibly a fan favorite since we all enjoy her seething breakup lyrics in her Billboard topping tunes. Many of Swift’s relationships have only lasted a few months, but there are some noteworthy A-listers who have had their moment in the sun with the songstress. Taylor’s first uber-public relationship was with Joe Jonas, but the young superstars didn’t stay happy long. Joe is reported to have left Taylor for his “Lovebug” video co-star Camilla Belle and dumped Taylor in a record breaking 27 second phone call. Fans were subsequently graced with the song “Forever & Always.” Swift went on to date John Mayer in 2009 after collaborating on “Half of My Heart,” but this song writing match-made-in-heaven didn’t last long either and Taylor Swift was sure to chronicle her feelings in a song titled “Dear John.” Other noteworthy boyfriends include Taylor Lautner, Cory Monteith, Jake Gyllenhaal, Matthew Gray Gubler, and Calvin Harris.

Jennifer Aniston has been gracing our tabloid covers for years with her troubled romances. Aniston married the sexiest man alive, Brad Pitt, in 2000, but there was trouble in paradise for these A-listers. No one knows how to shake things up quite like Angelina Jolie, and rumors of the Bitt-Jolie affair ran rampant after the pair were coupled in the film Mr. & Mrs. Smith in 2005. The tabloid drama turned out to be true and the couple divorced the same year. Since then, Jen has had a slew of boyfriends including John Mayer, Vince Vaughn, and British model Paul Sculfor. All seemed lost for Jen until she married The Leftovers star Justin Theroux in 2015 (I’m sure there’s a joke in there somewhere…).