10 Celebrities Who Got Married In Their Teens 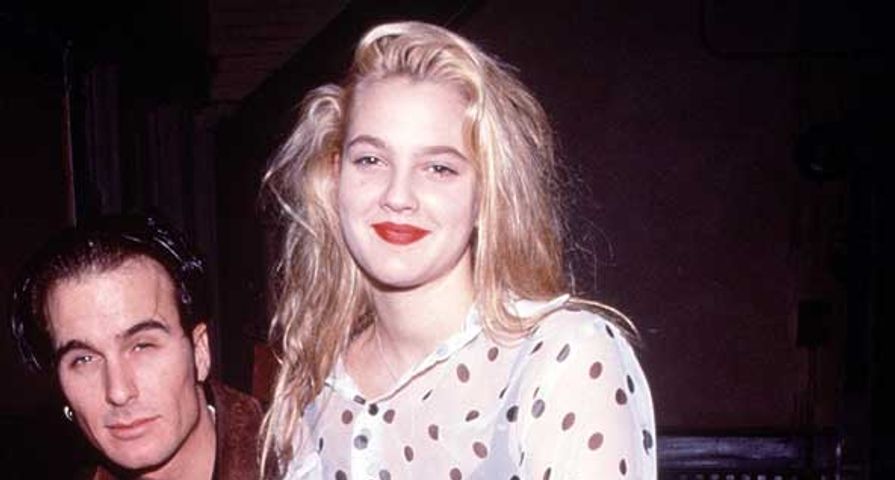 Age ain’t nothin’ but a number, except perhaps when that age is quite young and we’re discussing the serious matter of matrimony. Whether it is first love, puppy love or whatever you want to call it, some young lovers feel ready to take the leap sooner than others (much, much sooner). And while you may be legally able to marry while you’re still in your teens, that doesn’t mean everyone is necessarily ready for the trials and tribulations that come along with the big I do’s. That may be why each and every one of the relationships on this list have inevitably ended in divorce. Or maybe it had nothing to do with age and the wedded pairs were just not meant to be. Either way, for whatever reasons, they chose to get hitched in the first place and then split in the end, here are 10 celebrities who got married while still teenagers.

Olivia Wilde’s marriage when she was just 19 may have been a secret at the time, but it’s certainly no secret now. Back in 2002, a still teenage Olivia married Tao Ruspoli, an Italian filmmaker and musician who also happens to be the son of a prince was 10 years older than his blushing teen bride. The pair were apparently so eager to keep their nuptials from anyone, they had their ceremony in an abandoned bus which was the only place they felt they could be completely alone. The wedded bliss only lasted until 2011 when they divorced with the oh-so-familiar “irreconcilable differences.”

These days, everyone is drooling over Sofía Vergara and the current love of her life, Joe Manganiello. But before Joe M. there was Joe G. In 1991, when Sofía was just 18 years old, she married her high-school sweetheart Joe Gonzalez. The next year, the pair welcomed a baby boy into the world but just a year after that the pair were divorced. Despite the heartbreak of the split, it certainly seems like nowadays Sofía is wildly, blissfully in love.

Dazed and Confused centered on a group of Texas teens on their last day off school. Milla Jovovich portrayed the guitar-playing Michelle and Shawn Andrews played her drug-dealing boyfriend, Pickford. Behind the scenes, the pair hit it off and a romance quickly blossomed. Swept away by the drunk-like nature of new love, Milla and Shawn snuck off during their down time and got married despite the fact that Shawn was a young 21 and Milla was still only 16 years old. It may have seemed like true love or fun and games at the time, but just a couple of months later they had the marriage officially annulled. Dazed and confused, indeed.

LeAnn Rimes hasn’t exactly had a smooth road when it comes to her love life and that includes her first marriage back in 2002. LeAnn was still a fresh-faced cutie on the scene at a mere 19 when she fell for her back-up dancer, Dean Sheremet. It wasn’t all pop-songs and country ballads for the wedded pair and they were divorced in 2010 after news broke that LeAnn had been having an affair with actor and co-star Eddie Cibrian. Cibrian had also been married at the time to the future Real Housewife Brandi Glanville, who he’d been married to for eight years and had two children with. Naughty, naughty!

Despite having been an adult for quite a while now, Macaulay Culkin is still probably best known for the roles he played as a precocious child actor including his holiday classic Home Alone. But it was while he was in his teens that he made the news again, this time for what he was up to off-screen. While they were both still just 17 years old, Macaulay and fellow actor Rachel Miner were married. The young love didn’t last long though and the pair were separated just two years later and officially divorced after another couple of years of legal demands and dealings.

Kyle Richards has made her name known in recent years as one of the Real Housewives of Beverly Hills, but before she was a Real Housewife, she was a young housewife. When Kyle was just 18 she found out that she was pregnant with her daughter Farrah. This may have been the reason that she went ahead and married her partner and the father of her child, Guraish Aldjufrie, when she was still quite young. The marriage didn’t last much longer than some of the others on this list and the two were separated two years after they were married and fully divorced two years after that.

During Demi Moore’s latest marriage to Ashton Kutcher, she was the older one married to a younger partner. But that was the third of Demi’s marriages (the second being to action superstar Bruce Willis). When she was just 17 years old and still went by Demi Guynes, the young actress married singer Freddy Moore. He was nearing 30 making him 12 years older than Demi at the time and the marriage only lasted for five years, but her new name as Demi Moore endured.

These days, Drew Barrymore seems perfectly content with her life, both family-wise and career-wise. But when she was younger, she dealt with her fair share (more than her fair share, actually) of issues and managed to overcome them all. However, while still in her teens, she seemed eager to find a stable relationship and her very own happily-ever-after. In 1991, when she was just 16 years old, she became engaged to Leland Hayward, the grandson of the Hollywood producer who wears the same name. The engagement only lasted a few months, but just a year later, at 17 years old, Drew announced that she was engaged again. This time, her intended marriage was with former Beverly Hills, 90210 actor, Jamie Walters. This engagement was also called off, but that didn’t stop Drew from trying to find lasting love. At 19, she finally went through with it when she married LA bar owner Jeremy Thomas. However, this wasn’t meant to last either and Drew filed for divorce just two months later.

In 2004, when Beyoncé’s little sister (and amazingly fierce performer in her own right) Solange Knowles was just 17, she married her high school sweetheart Daniel Smith. Less than nine months later, their baby boy, Daniel Julez Smith, Jr. was born. It may not have been pre-planned, but the little bundle was a welcome surprise. The marriage, however, wasn’t meant to last and in 2007 the two announced their divorce.

These days everyone is blissfully obsessed with Kim Kardashian’s current marriage to superstar Kanye West. Before that, there was the minor matter of her short-lived possible tabloid-driven marriage to NBA player Kris Humphries. These weren’t Kim’s first forays into marriage, though. Back in 2000, Kim was a 19-year-old in love and decided to get hitched to music producer Damon Thomas. The two were married for a total of three years until Thomas filed for divorce. It took another year for it to be legally finalized. Despite the fact that it was Damon who filed for divorce, Kim later said their marriage broke down because of Thomas’s physical and emotional abuse. Thank goodness Kim has now moved on to happier and wealthier times.