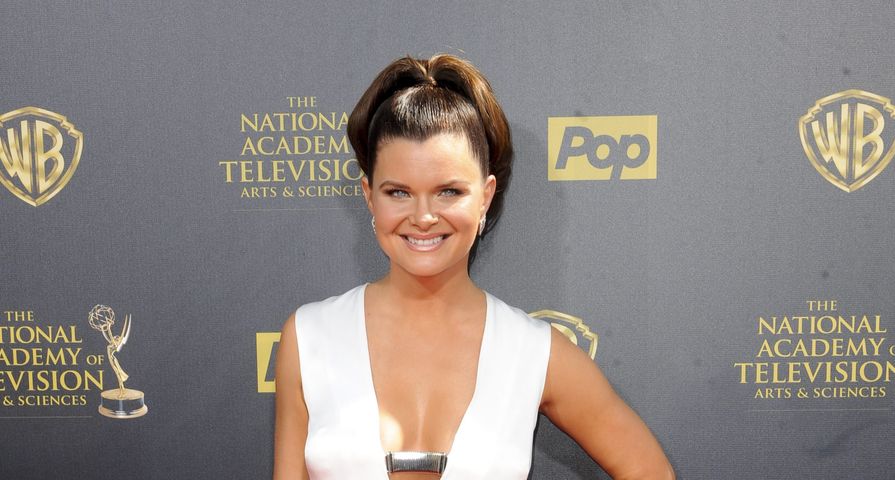 They say it is an honor just to be nominated, but let’s face the facts, there has to be no other feeling of accomplishment for a soap opera actress then taking home a Daytime Emmy. You are simply placed in a prestigious category, and sit with a pretty impressive group of ladies. While the land of daytime drama is a thinning one, with soap shows lagging in the ratings and many being cancelled in the past, there are still a talented group of actresses that work hard daily and weekly to entertain audiences. As such, below is the 10 best soap opera actresses that have hit daytime television.

You’ve hit the soap opera jackpot when as an actress you get to play a pretty interesting and pivotal character on a show. Well, the talented Eileen Davidson has the bragging rights to portraying two strong female characters over her acting tenure in daytime drama. Days of Our Lives (DOOL) fans have known her as the manipulative Kristen DiMera, and she plays the popular Ashley Abbott on The Young and the Restless (Y&R). Interestingly enough, there has been a time when Davidson pulled double duty on both soaps, keeping each set of her fans happy. Not surprisingly, Davidson has been nominated three times in the Daytime Emmy Lead Actress category for both roles, and took the statue home in 2014 for her portrayal of DOOL’s Kristen DiMera.

Carly Corinthos is the glue that holds the General Hospital (GH) mob family together, and while there have been ‘other’ Carly’s in the past, no one has played the role quite like Laura Wright has. Beautiful, talented and able to keep her leading men on their toes, Wright has been in playing Corinthos for about eleven years now. The fact that she has lasted longer than any other actresses is a tribute to her incredible acting. Over the years she taken that golden Lead Actress Daytime Emmy home twice.

At 88 years young, Peggy McCay is still enjoying a successful career in soap operas. DOOL fans have grown to love her as the mother and grandmother that holds the Brady family together and she also adds a tremendous amount of advice to those who need it, not to mention a premonition or two now and again. While Peggy has never won a Daytime Emmy, she has been nominated three times over the years. In 1991 she snagged the Primetime Emmy for Outstanding Guest Actress in a Drama Series for her performance in The Trials of Rosie O’Neil.

Michelle Stafford has a pretty impressive soap opera resume. Starting her career off as the vixen Phyllis Summers on the Y&R in 1994, she turned a villainous character into a heroine over the 18 years she played the role. Today, GH fans get to marvel at her daily as she plays the ever-complicated Nina Clay. Still, Stafford racked up quite a number of accolades over her Y&R years with eleven Daytime Emmy nominations in total. From those she received one Lead Actress award and two Outstanding Supporting Actress. With her talent, there are sure to be plenty more nominations (and hopefully statues) to follow in the coming years.

Nancy Lee Grahn may be known for the infamous tweet she posted during the 2015 Primetime Emmy Awards where she dug into Viola Davis’ speech about being the first black woman to win a Best Lead Actress, Drama Series Emmy. Still, while Grahn may now have that asterisk next her name, she is also known for her own acting talents, especially when it comes to playing the smart and strong Alexis Davis on GH. Over her thirty years in soaps Grahn has received a total of six Daytime Emmy nods and has taken the prize home twice.

A veteran actress in the soap opera world, Mary Beth Evans has had roles on GH and As The World Turns (ATWT), but it is her portrayal of Kayla Brady Johnson on DOOL that has really put her on the daytime drama map. This year, she won the 2016 Lead Actress Daytime Emmy for the part, but Evans is no stranger to Daytime Emmy wins. In fact, it was just last year that Mary Beth filled her home up with some statues from the Academy for work she had done on a soap web series entitled The Bay. As she acted in the show and produced it, Evans went home with the 2015 Outstanding Digital Daytime Drama Series, Outstanding New Approaches – Drama Series, and also took home the 2015 Outstanding Actress, Digital Daytime Drama Series.

Jill Abbot certainly has her hands full as of late, trying to keep her son Billy on the straight and narrow path (and back into Victoria Newman’s arms). In fact, it’s hard to even imagine that anyone, but Jesse Walton could play the no-nonsense Abbott character. Interestingly enough, she is actually the fifth actress over the years to play Jill. Despite all this, Walton is certainly the woman for this role. Playing Abbott, Walton has gathered three Daytime Emmy nods in total and has won two awards.

There is no greater accomplish for a soap opera villain than having your fans simply hate your character. Mission accomplished for Maura West! While GH audiences love her acting, they also can’t stand the manipulative ways of her character Ava Jerome. West has enjoyed an incredible soap opera career that started on ATWT in 1995. She moved on to a short stint on the Y&R, and now GH audiences are privy to her onscreen magic on a daily basis. Maura has received eight Daytime Emmy nominations over the years and snagged the Lead Actress statue three times.

Bold and the Beautiful (B&B) viewers know Heather Tom as Katie Logan, but the Y&R fans of the world will always see her as Victoria Newman. Tom originated the role (as a teenager) and not only did Heather grow in into the part, but Vicki matured in it as well. While playing Victoria Newman, Tom racked up a total of nine Daytime Emmy nominations and won the award twice. Tom moved onto to other soap operas (B&B as noted above, as well as OLTL) and has received another seven Daytime Emmy nod and has added three more statues to her resume.

It is hard not to get emotional when talking about the soap opera icon Jeanne Cooper. While it’s been three years since she’s passed, for some Y&R fans it is still hard to get over the idea that she is actually gone. The Katherine Chancellor character was legendary and Cooper mixed a lot of seriousness with a little bit of light humor now and again. Much-loved by fans, cast mates and others within the soap opera industry, Jeanne received two Primetime Emmy nominations throughout her incredible career and ten Daytime Emmy nods. In 2004 she was awarded the Lifetime Achievement Daytime Emmy and in 2008 she won the award for Lead Actress. She is gone, but never forgotten.