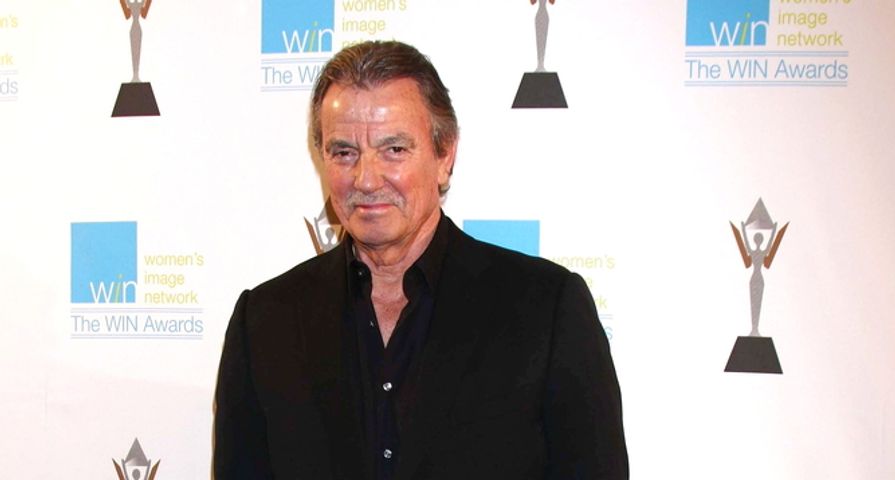 The life of a soap opera actor may seem glamorous, but let’s face it: the stint can be quite challenging. Actors are constantly working on learning lines, dealing with plot twists (or fellow actors leaving the show), and the idea of having to consistently keep the same character fresh for years upon years can take a toll on anyone. Therefore, to be a successful daytime drama actor one needs to know his craft (and know it well) and always be up for anything that can be thrown their way. When we look through some of the most popular soap operas, there’s a few actors who stand out among the rest. Below is a list of the top 10 best soap opera actors!

For about two decades now, Tyler Christopher has been playing the handsome Prince Nikolas Cassadine on General Hospital (GH). The character has evolved tremendously over the years and Christopher has been able to balance the character’s struggle between good and evil quite flawlessly. Winning the hearts of those Port Charles leading ladies, Tyler has also captivated GH audiences and soap opera critics alike. Over the years, Tyler has snagged four Daytime Emmy nods and in May 2016 he took a statue home for the category of Lead Actor.

The youngest actor on this list has a pretty impressive soap opera acting resume and can most certainly hold his own among all these other daytime drama legends. Former Days of Our Lives (DOOL) actor Chandler Massey broke down barriers when he played a homosexual teen struggling to come out of the closet. He also was happened to be a part of Days first ever same-sex couple and shattered misconceptions about the homosexual community by raising awareness. A trailblazing actor, Massey has racked up four Daytime Emmy nominations and even won the Younger Actor award three times in a row.

Playing the role of the intriguing yet complicated GH mob boss Sonny Corinthos for 23 years now, Benard is a staple actor on the GH cast. Corinthos has experienced adventure, romance and many complicated storylines around the loss of children and mental health issues. The interesting thing about Sonny is that he really should be considered a bad guy, but he’s one of those bad boys you simply can’t help but fall in love with. In many ways, Benard has cultivated an iconic soap opera character in the role of Sonny and has received much acclaim for his portrayal of Corinthos. Over his soap opera tenure, Benard has racked up six Daytime Emmy nominations, and in 2003 he snagged the Lead Actor award.

Smart, funny, strong, romantic, passionate, and sensitive – these are all words that can describe the ever-popular Michael Baldwin character. Christian LeBlanc entered The Young and the Restless (Y&R) in 1991. Probably one of the most wonderful things to happen to Baldwin was his evolution from scum-of-the-earth to the man of integrity he is today. Sure, he once tried to sexually harass (and attack) Christine Blair, but that is all a thing of the past. As a lawyer, Michael is a proven staple character on the Y&R and an integral part of Genoa City, consistently being a part of many differing Y&R plots. Over the years LeBlanc has be awarded 12 Daytime Emmy nominations and of these has taken the Lead Actor statue three times.

While many enjoy Jackson on the television hit Nashville now, there are daytime drama fans who knew him and watched Jonathan grow up on screen playing GH’s Lucky Spencer. Jackson entered the role in 1993 at 11 years old and the soap opera experience helped him springboard into the world of acting. Over the years he’s spent on GH he’s won three Daytime Emmys in the Younger Actor category and two in the Supporting Actor division. All in all, Jackson has accumulated over nine Daytime Emmy nods during his tenure as Lucky Spencer.

Whether you know him as Victor Newman or by his nickname “The Moustache,” the patriarch of the Newman family is one of the reasons why Genoa City continues to go around. Eric Braeden is simply a legend in the world of daytime drama and his Newman character is iconic. Besides, at the age of 75, Braeden still knows how to rock it on the Y&R. He’s certainly one of the soap characters we fans love to hate, and there might not be a Y&R without him. With over 36 years under his belt and still going strong, Eric has accumulated eight Daytime Emmy nominations and won the Lead Actor award in 1998.

John Clarke entered the DOOL role of Mickey Horton in 1965 and has been a staple on the show for almost forty years. His love affair with Maggie had its ups and downs, but the two were considered a super couple in Salem for their ability to remain resilient and keep their love alive. As the lawyer in town, Mickey stood for justice and also helped a few Salem residents get out of a jam (or two) now and again. Sadly, a declining health forced Clarke to retire in 2004. While the role of Mickey was recast (a few times), it just never felt the same with any other actor and, in 2010, Mickey Horton passed away. Thanks to his incredible impact on the world of soaps and daytime, Clarke was given the Lifetime Achievement Award by the Daytime Emmys in 2005.

An icon on the show and the famous voice behind DOOL’s ‘sands through the hourglass’ intro, MacDonald Carey not only had a huge influence over the soap opera, but daytime dramas in general. As the head of the Horton Clan, Tom (and his better half Alice) are still remembered today in storylines, Christmas traditions, or anytime anyone looks at a doughnut. Tom Horton was a leader, he was kind, compassionate, and gentle. While it’s been over twenty years since Carey’s past the legacy he created was strong and it still lives on within DOOL plots today. Over the years Carey received two Outstanding Actor Daytime Emmys in a row — one in 1974 and then one in 1975.

Now where would Genoa City be without the Newman/Abbott feud? While Victor keeps that hate-on strong, Jack (as of late) seems to be backing off, which makes his character that much more endearing. The talented Peter Bergman started playing Abbott in the late ‘80s and while he may have been a tad cocky back then, Jack has certainly transformed into a stand-up guy over the years. Bergman began his soap opera career in 1979, playing All My Children’s Dr. Cliff Warner. He moved on from there in 1989 and jumped shipped to the Y&R where he has been playing Jack ever since. Bergman’s Daytime Emmy resume is an impressive one. He received a Lead Actor nomination for his Cliff Warner role in 1983 and was nominated 18 times (consecutively) from 1990 to 2002 for his Y&R Abbott role. Out of his 18 nominations, he’s snagged an incredible three Daytime Emmy statues.

Anthony Geary hits the number one spot on this list for many reasons. First and foremost, he’s created a significant imprint on the soap opera world, thanks to his GH Luke Spencer character. One-half of the super couple that started it all, Luke and Laura’s wedding, the November 1981 hour-long episode, still remains the top-rated show in U.S. soap history at 30 million viewers. Aside from that, Geary is a Daytime Emmy darling, with a record-breaking 16 nominations (all under the Lead Actor category) and he also broke records with eight Daytime Emmy awards in total. Awards are one thing, but fan love is another and there are so many GH viewers who would simply love to see Geary (and Luke) back on the popular soap once again.