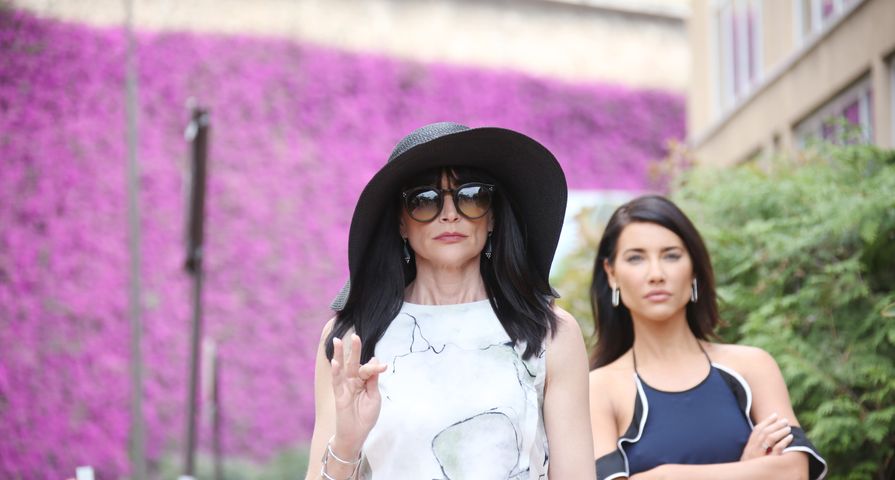 This week on Bold & The Beautiful (B&B) it’s all about location, location, location. Viewers will be treated to an Escape To Monte Carlo theme week, with shows that originally aired between 2013 and 2016 and were filmed in this beautiful district in Monaco. Episodes will include two behind the scenes documentaries, Steffy making a stunning discovery and a romantic Brill reunion aboard the Stella Maris yacht. Learn more below in the B&B spoilers for the week of April 27, 2020.

Spoilers tease viewers will see two documentaries, that have never aired before on CBS, of the 2016 Monte Carlo shoot. Becoming Bold And Beautiful will air on April 27 and 28. Viewers will be treated to glimpses of rare, behind the scenes footage and interviews with the cast and crew, including actresses Jacqueline MacInnes Wood, Rena Sofer and Executive Producer and Head Writer Bradley Bell.

In an episode from 2013, Donna and Brooke will be chatting in their hotel room, Donna will tell Brooke she doesn’t want her to be alone while she goes to a yacht party. She knew that if she left Brooke by herself, she would only spend her time thinking about Bill. Brooke will tell Donna she’ll be fine and encourage her to go have fun.

After discovering Katie had set up cameras to spy on him, Bill was determined to win back the woman he loves. He left Katie and flew to Monte Carlo to be with Brooke. While on the Spencer jet, he will recall his argument with Katie and telling Brooke that he should have married her and not her sister.

Brooke will set off to explore the beautiful Mediterranean district of Monte Carlo. She will find herself adjacent to the marina and will remember that Bill mentioned she could use the Stella Maris, his yacht. Bill, meanwhile, will be searching the streets of Monte Carlo for Brooke. When she climbs aboard the yacht, she’ll hear Bill call out to her. Brooke will ask him why he’s there and he’ll tell her his marriage to Katie is over. “I love you,” Bill will say, as he declares that he is in Monte Carlo because he wants to be with her. “Forever, ma chérie.” Then he will take Brooke in his arms and kiss her.

In this episode from 2014, Hope will no longer be torn between Liam and Wyatt. She will fly from Paris to Monaco, where Wyatt is waiting for her. When Liam didn’t show up at the Eiffel Tower to meet her, Hope decided she was done with him for good. And when she arrives at the Monte Carlo marina, she will tell Wyatt she wants to marry him. The pair will climb aboard the Spencer yacht and say their I Do’s.

Steffy and her husband Wyatt are in Monte Carlo in this 2016 episode. They are there to attend the Spencer Summit together. Wyatt and Steffy will frolic on the beach and he will take photos of her for Forrester Creations’ social media sites. But later, as Steffy walks around the picturesque city, she will spot her grandfather Eric with a strange woman who is wearing a wide-brimmed black hat. And she’ll be stunned when she discovers who that woman is.

Steffy will see Eric kissing the unknown woman and after Eric walks away, a curious Steffy will approach her. “Excusez-moi? Excuse me?” Steffy will say. But the mystery woman will take off and a chase through the streets of Monte Carlo will take place. Both women will almost exhaust themselves until Steffy finally catches up to the unfamiliar female and tackles her to the ground.

1. Slap Heard Around The World

As the two women get up, Steffy will recognize the mystery woman as none other than her mother in law Quinn, who she despises. She will be furious and accuse Wyatt’s mother of targeting her grandfather. Steffy will promise her she’s going to put an end to her relationship with Eric. Quinn will stare her down, but this won’t intimidate Steffy in the least. She will haul off and slap Quinn hard enough to knock her to the ground. What theme does the sudser have in store for viewers next week? Keep watching B&B to find out!