Young And The Restless Spoilers For The Week (September 9, 2019) 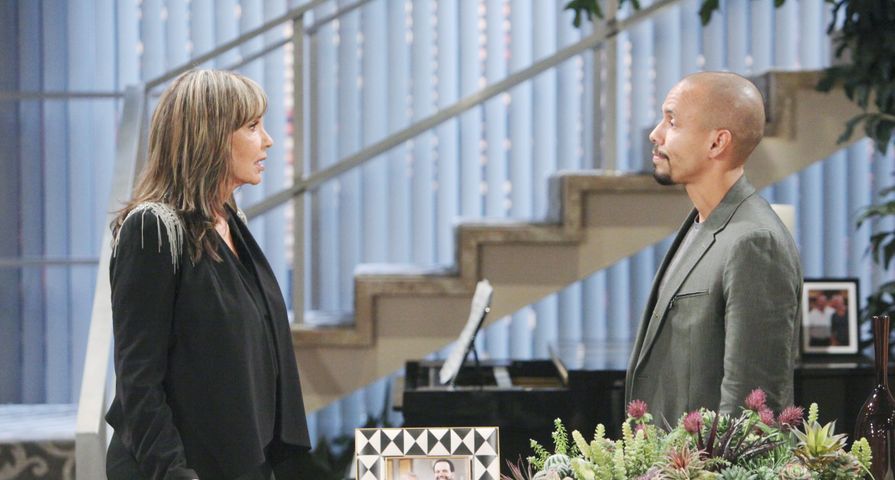 Calling all Young and the Restless (Y&R) fans! Time to gear up for another crazy week in the land of Genoa City! The Grand Phoenix is set for its grand opening, but will it be a success or flop? Chloe will continue to try and help Billy while Victor tries to keep a secret under wraps. Learn about these storylines and others in the Y&R spoilers for the week of September 9, 2019.

The pre-grand opening seemed like a success, but what about the real thing? Y&R spoilers tease that Abby and Chelsea will face a major setback this coming week when it comes to their project’s launch. Seems as if the official opening party for Grand Phoenix will start off strong, but as the night wears on, it’ll end in chaos.

What could cause the Grand Phoenix’s party to go downhill (and fast)? Y&R spoilers are hinting Phyllis will be behind the chaos, as she tries to gain some sort of revenge for being left out of the entire project. Seems as if she’ll “crash” the party, and a scandal will unfold. In other Phyllis-related teasers, she’ll save the day for someone this week … Summer, maybe?

Speaking of, seems as if Summer will share a “charged” moment with Kyle this week. Y&R spoilers tease some sparks between these two colleagues and exes, and it was only a matter of time, especially considering all the extra hours they are working now. While Kyle and Lola make the better couple, there was, and has always been, some massive chemistry between Summer and Abbott.

Y&R spoilers suggest that Billy will receive some protection from Chloe this week. It seems as if Billy will explore his darker side, and it could be that Chloe catches wind of it all and tries to help cover up whatever he’s done. She’s been trying to help Billy with his mental health issues as of late, as she feels she is truly the only one that understands where he is coming from right now. Chloe is spiraling down a dangerous path in all this.

Y&R spoilers state that The Moustache’s condition will take a turn for the worse in the coming days, which is no shocker considering that his dear son Adam switched his meds without him knowing. Sadly, he’ll suffer a spell of sorts at Crimson, and after Dr. Nate takes some blood, Victor will be given some bad news.

4. The Moustache Tries To Hide Something

Y&R spoilers this week suggest Victor will try and keep a secret buried. In fact, he’ll also ask Nikki to hide it as well. Seems like he may want to bury the fact that his condition has once again taken a turn for the worse. He may want to keep it from his children and grandchildren so they don’t worry.

As if it hasn’t been rocked enough as of late! Regardless, Y&R spoilers reveal that Devon’s world is about to get shaken up … again! With someone contesting Katherine’s will last week, it seems as if this may have to do with that storyline. Does this mean fans could see the re-appearance of Chance Chancellor anytime soon? In other related spoilers, Devon will turn to Mariah and open up about things.

Y&R spoilers also indicate that Elena will make a shocking confession in the coming days. Could she be behind Katherine’s will controversy? Does she know Chance, or have a tie to him? Has she been fooling Devon and everyone all along? What ever she admits to, it is sure to surprise both Devon and Y&R fans as well.

Y&R spoilers state that Paul will follow up on a lead this week. With the show’s September teasers hinting that he’ll be investigating something that could ruin a character’s reputation this month, perhaps this is the first step in opening that storyline up. Only time will tell, but either way, this should make for an interesting watch.