Young And The Restless Spoilers For The Week (September 20, 2021) 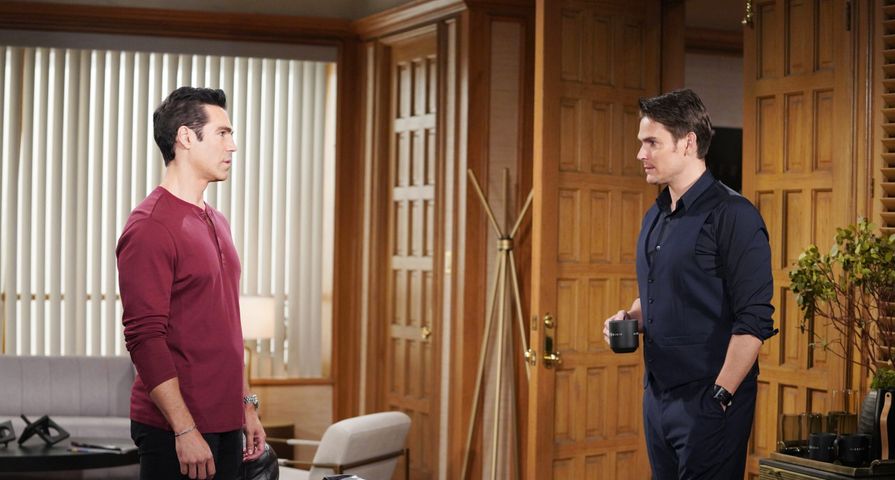 Calling all Young and the Restless (Y&R) fans! What’s set to unravel in the land of Genoa City over the next week? Mariah makes an unexpected announcement, while Devon and Amanda talk about moving in together. Also, Ashland is blackmailed! Learn about these storylines and others in the below Y&R spoilers for the week of September 20th, 2021.

A Y&R preview video for the week of September 20th shows Mariah suggesting something unexpected to Tessa. Sounds like she’ll bring up the idea of having a baby together. What will her girlfriend’s reaction be? From the looks of it, Porter might push back on this, just a tad, and she’ll seem a bit concerned when Mariah announces it.

The Y&R weekly preview video also shows another popular Genoa City couple ready to make “the next step”. A scene is spotlighted in which Devon and Amanda will have a chat in his condo. Hamilton will propose that Sinclair moves in with him. Will his girlfriend say “yes” to this giant leap in their relationship?

Across town, the Y&R weekly preview video highlights a scene between Ashland and a lawyer named Jesse Gaines (played by actor Jamison Jones) from his past. The two will be at Society together, and Locke will address all the texts Gaines has sent him. From the looks of it, the lawyer has an interesting secret on the Locke-Ness Monster, and he’ll demand 3 million dollars by the end of the day to stay quiet and disappear. Will Ashland scramble to give him the money?

Meanwhile, Y&R spoilers for next week reveal that Lily and Billy will come across some information that will stun them. Sounds like they may finally uncover Locke’s mysterious “secret”. In added teasers, Nikki will give Victoria some “sage” advice, while Billy will make a “generous” offer to someone. Does he offer up the information he has to Victor?

5. The Moustache Takes Matters Into His Own Hands

Could Billy uncover Ashland’s secret, and then hand over “the goods” to the Moustache? Billy and Victor have never gotten along; however, Abbott may feel that it’s best if Victor handles this situation, moving forward. Y&R spoilers imply that Victor will take some matters into his own hands. If Locke is hiding something and Newman finds out, it could be “game over”.

Over at the Abbott mansion, Y&R spoilers for this coming week suggest that Jack will reflect on his past. This will all go down during the Wednesday, September 22nd episode; it sounds like the show will be jam-packed with some interesting flashbacks and run high with emotion. After the epi, could Jack decide to pursue Phyllis with full force?

After Wednesday, Y&R spoilers for next week hint that Phyllis and Nick will “analyze” their relationship. Included in this discussion will be her “bond” with Jack. Will this talk cause “Phick” to get stronger and closer, or further apart? In added teasers, Vicky will be suspicious of Phyllis. What could cause Victoria to feel this way, and does this have to do with Nick?

Y&R spoilers state that Rey will find out about Sharon “helping” Adam again. This doesn’t sound good for “Shey”. On the one hand, she was technically helping Connor, but on the other hand, Sharon should’ve told Rey what she was doing. Will this cause a crack in their relationship? They were on a nice wave (well, sort of…) until Adam reached out.

Speaking of Adam and Connor, Y&R spoilers indicate that Chloe will warn her BFF Chelsea. What will she give her a heads up about? Sounds like Mrs. Fisher will fill Lawson in about Sally Spectra and her budding interest in Adam. Does Chloe tell Chelsea that Spectra was key in locating Connor when he ran off, or something else? Will this prompt Adam’s ex to return to town?