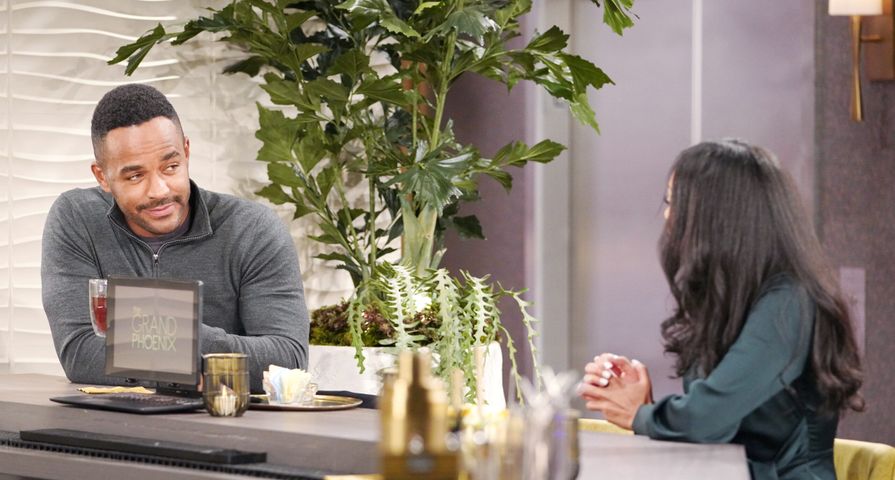 Calling all Young and the Restless (Y&R) fans! What’s on tap in the land of Genoa City next week? Nikki warns Adam, while Victoria and Lily have a showdown, and Chelsea sends some mixed signals. Learn about these storylines and others in the below Y&R spoilers for the week of March 15, 2021.

Now that Victor and Adam are getting chummy-chummy again, it seems as if Nikki might take an issue with it. Y&R spoilers indicate that she’ll have a warning for her stepson early on in the week. She might be concerned about Adam’s intentions with Victor. He has been known to double-cross friends and family in the past. She’ll probably put him on notice. He better watch his step.

Y&R spoilers suggest that Victoria will make a confession to Billy in the coming days. Added teasers reveal that she and Lily will have a showdown later on in the week. Does one have to do with another? Could Vicky tell Billy she still loves him? Fans will have to tune in to find out!

Across town, Y&R spoilers hint at some mixed signals coming from Chelsea. Chloe will be worried that Lawson’s plan could hurt someone (other than Adam), but Chelsea will insist that Newman is her only target. Added teasers note that Lawson’s move will indicate otherwise in the coming days. Should Sharon be concerned?

7. A Medical Emergency With Rey

Speaking of Sharon, she’ll be very worried over Rey this week. Y&R spoilers state that he’ll come down with something, and there will be issues with his health. Thankfully, Nate will swing by for a house call and take a blood sample. While Rey won’t think he needs to visit the hospital, he may second-guess that decision as the days go by.

Added Y&R spoilers imply that Rey’s condition will worsen. He’ll start to sweat, get body aches, and he’ll develop a fever so high that he becomes delirious. Sharon will notice this, and decide to take him to the hospital; however, he’ll collapse before they can make it to the car. Added teasers indicate that Sharon will call 911, and then call Lola. Will he be okay? It’s hard to say.

According to Y&R spoilers, Jack will be more determined than ever to get what he wants. Added teasers indicate that he’ll come up with a new strategy. Does this have to do with Sally Spectra or his partnership with Billy and Cyaxares? Either way, when Jack wants something, he generally stops at nothing until he gets it.

Meanwhile, Y&R spoilers suggest that Phyllis will still have a hate-on for Sally. She’ll work hard this week to try and put a stop to the romance between Spectra and Jack. Added teasers hint at a show-off between Sally and Red, as it seems Spectra will make it crystal-clear that she’s not backing away from Abbott, for anyone.

Sounds like the cat will be out of the bag soon! Y&R spoilers note that Amanda will discover a bracelet at Devon’s penthouse. She’ll confront Hamilton on it and he’ll tell her a lie; however, Sinclair won’t buy what he’s feeding her. She’ll take it one step further and drill Nate about his breakup with Elena.

2. The Truth Comes Out

Whatever comes out of her conversation with Nate will have Amanda heading back to Devon’s house. Sounds like she’ll realize he lied to her, and the two will have a confrontation. Y&R spoilers reveal that Devon will finally admit that he had a one-night stand with his ex. Added teasers state that Amanda will break up with Hamilton, on the spot. No room for liars or cheaters in her world.

1. Kyle Can’t Escape The Past

Speaking of cheaters, Y&R spoilers suggest that Kyle will feel as if he can’t escape his past. Seems like he’ll be mulling over his affair with Tara again this week, and the possibility that he’s Harrison’s father. Will he move forward with a DNA test? Sounds as if Ashland Locke won’t be in the dark about his wife’s affair for much longer.