Young And The Restless Spoilers For The Week (December 2, 2019) 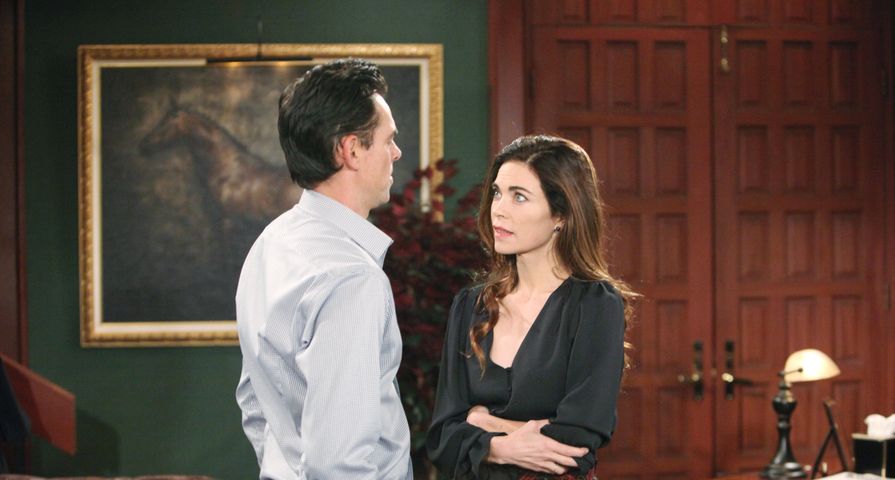 Now that American Thanksgiving is behind the residents of Genoa City, it is time to focus on all the festive things December has to bring! What will happen in the first week of this month? Two unlikely characters are left stranded in a storm, while two exes reminisce about their past, and one person makes an unexpected move. Learn about these storylines and others in The Young and the Restless (Y&R) spoilers for the week of December 2, 2019.

Y&R spoilers indicate that Amanda will be defended by none other than Nate this coming week. Seems as if the accusations will continue to be thrown her way; however, she and Nate have become pals as of late, so he’ll be quick to stand up for his friend. Could these two turn into something more in the near future?

Y&R spoilers hint that Chelsea will do something quite unexpected in the coming days. Could she decide to move in permanently with Adam? Connor has enjoyed her overnight stays, and as he comes first, she could make a move that it is in her child’s best interests, which is to stay with Adam and co-parent under the same roof.

In other related Y&R spoilers, Adam will worry about his influence on his son this week. Adam hasn’t been the most respected resident of Genoa City, and he often does lash out, so perhaps he may decide to turn a new leaf for his son’s sake. After all, kids tend to mimic their parents’ behavior, good or bad.

Will fans be seeing a Phick reunion anytime soon? Their video game challenge recently seemed to foreshadow romantic endeavors in the bedroom! Regardless, Y&R spoilers tease that these exes will take a walk down memory lane in the coming days. Will it be a good walk, or one that makes them cringe?

Y&R spoilers relay that Summer will start to really think about what a future with Theo looks like. The two have been having plenty of fun as of late, but haven’t been overly serious. Perhaps Summer is either ready to take it to the next level, or abandon it completely. Only time will truly tell.

Devon will be very busy this week! First off, Y&R spoilers state his relationship with Elena will be tested, so here’s hoping this couple doesn’t end up on the breakup list. Secondly, he will also have a very hard time getting Amanda off his brain. Last but not least, Devon will struggle with what has happened in the past.

3. Chance Is Given A Proposition

Could this be business or personal? Sparks have flown between Abby and Chance recently, and it’s clear that both are interested; however, Abby may be even more interested in him helping to keep her hotel safe and secure. Does she offer him a job as head of security for the Grand Phoenix, or perhaps asks him out on a date?

In other Y&R spoilers, it seems as if Abby and Phyllis will have a very heated confrontation that could lead to punches (or slaps) being thrown this week. Teasers seem to reveal that it could get physical between these two, and the women certainly have been at each other’s throats since the Simon Black hostage situation, and the issue around their hotel’s security surveillance.

Lastly, a storm will hit Genoa City near the end of the week and Y&R spoilers are teasing that two unlikely characters will end up stranded together. While their paths haven’t really crossed as of yet, Billy and Amanda will be left in a situation where they have to wait out this storm alone together. Seems very interesting, and does this mean that Victoria needs to worry?