Home » Trending News » We Weigh In: Why Does Everyone Hate Peter August On General Hospital?

We Weigh In: Why Does Everyone Hate Peter August On General Hospital? 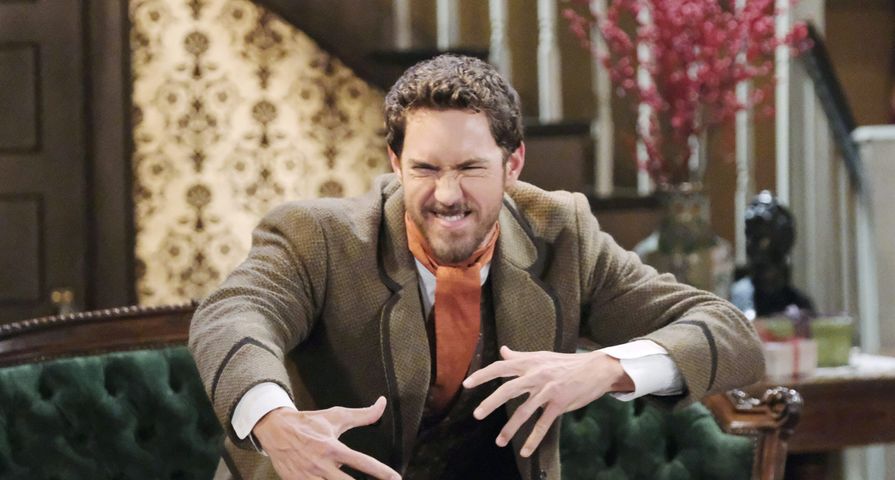 When it was announced in June that Wes Ramsey, who plays the diabolical and divisive Peter August, had filmed his last scenes on General Hospital (GH), viewers responded in curious ways. Some GH fans kept watch on Ramsey’s social media for a statement confirming his exit, while others flat-out refused to believe that August’s injuries were life-threatening.

Just a refresher: August was pushed down a flight of stairs and lay unconscious with blood seeping from his head. As soon as his body was tucked into a freezer, viewers online were already guessing that he would disappear by the time anyone checked on him again. So why were fans not convinced that this character was truly gone?

We can interpret these reactions as stages of grief — disbelief, anger, denial — but we’d be reaching. It’s much easier to accept them at face value: Peter August was annoying, and fans couldn’t believe that GH had finally pulled the plug on him.

Fast forward to late August, and all of that worry proved to be prophetic: Peter August is alive. Never mind the fact that the two people responsible for declaring him dead are respected medical professionals. I mean, they checked for his pulse and everything!

Two weeks after spoilers revealed that Peter August would reemerge on the ABC soap — and barely one week after his return scenes aired — soaps publications were already guessing who would kill off the character for good this time. What is behind the blood-thirst for this character?

Put simply, Peter August is an acquired taste — like gorgonzola cheese or black licorice. The things you detest about his personality could end up becoming reasons you enjoy watching him, although this is a rare phenomenon. The majority of GH‘s audience appears to be unwavering in their criticism.

Wes Ramsey’s method of acting closely parallels that of Hollywood star Nicolas Cage, in that his over-the-top mannerisms attract viewers who enjoy a solid heaping of camp with their daytime drama. However, Cage has the luxury of gravitating towards roles that invite his overacting, while Ramsey is confined to a soap opera that has limited space for his grand gestures.

Let’s dissect two scenes and see why viewers aren’t buying Peter August. For Exhibit A, we’ll reflect on the last scenes August had before his cranium collided with a staircase. It was a pivotal episode for both he and Maxie Jones (Kirsten Storms), who had just delivered and hidden her newborn baby from him.

Storms is juggling a lot of emotions in this sequence, as Maxie 1) lies to August about the fate of their daughter, 2) calls him out on his homicidal alter ego, Henrik Faison, and 3) covertly records his admission that he murdered someone. Ramsey also has to play the scene carefully, as August is genuinely worried about his newborn daughter but still trying to deceive his fiancé.

Storms’ performance is seeped in anger and resentment towards August. It’s grounded in the reality of Port Charles (however heightened, as soaps tend to be), whereas Ramsey — perhaps trying to compensate for Maxie being stationary in a hospital bed — makes full use of “the stage” by pacing, screaming and gesturing wildly. He presents an alternative tone to the scene, which is conflicting.

“I would say that you’re as bad as your father, but you’re not,” Maxie told him. “At least Faison was an evil genius. You’re just some cheap, imitation knock-off.”

Boy, was that line of dialogue on the nose! In fact, Maxie just inadvertently echoed the sentiments of many GH viewers where this character is concerned: he isn’t convincingly evil. This man is responsible for Jason Morgan’s (Steve Burton) five-year disappearance, not to mention Drew Cain’s (Billy Miller/Cameron Mathison) long-term imprisonment. This guy should be a super villain, but when Ramsey tries to be menacing, it feels forced.

For Exhibit B, let’s recall when August showed up in Nixon Falls, finding Nina Reeves (Cynthia Watros) and “Mike” (Maurice Benard). Few scenes are juicier for an actor than their character’s return, and Ramsey relishes in August’s good fortune of discovering that Sonny Corinthos is alive and Nina is vulnerable to blackmail. Still, his presence is Shakespearean in ambition, and he hams up his line delivery as though he’s telling a crowd of children a ghost story. Once again, the performance distracts from the story.

It would be all too easy (and disingenuous) to sit behind a laptop and write that Wes Ramsey isn’t a good actor, because that isn’t true. Ramsey is energetic, eloquent and charismatic. The fact that his presence on GH is so hotly debated is further proof that he’s doing something right. It just isn’t clear what that something is. He could play a heartthrob, a cutthroat business tycoon or a goofy best friend. The problem isn’t Wes Ramsey as an actor, or the role of Peter August — it’s Wes Ramsey as Peter August.