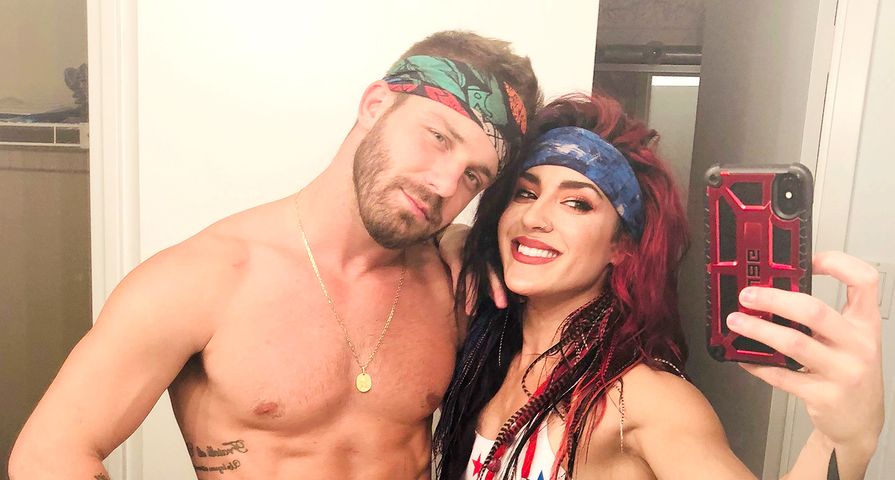 Fans of MTV’s The Challenge know that hook-ups are all part of the game and with a new season, The Challenge: Final Reckoning, premiering on July 10, they will see a very surprising couple form.

Longtime The Challenge veteran Cara Maria Sorbello is now dating Big Brother alum Paul Calafiore, but the relationship began during filming of the current season The Challenge, while Calafiore was still in a relationship Bachelor in Paradise alum Danielle Maltby.

After rumors began to circulate that Calafiore was cheating on Maltby with Sorbello, it didn’t take long before Paul addressed the situation himself, admitting, “I am not proud of my actions these past weeks. I know they speak louder than these words. I have destroyed the one person that has believed in and brought out the best in me. I have many things I need to work on and repair internally. I want to be better. I know I haven’t earned it, but I ask for patience and privacy while I work on repairing myself.”

Ahead of the premiere, Sorbello talked to Us Weekly on their podcast and confirmed that she and Calafiore are now “dating.” “I guess you would have to call it dating. The thing about my past relationships is theory were very very controlling,” she revealed. . “I like the freedom to do as I wish but to choose on my own terms not to do it. The thing about him that I love is that he’s not jealous at all about anything. He’s not controlling. He doesn’t ask me a million questions. It’s refreshing. On top of that, he’s really affectionate. It’s not like he’s not asking about these things or not acting jealous because he doesn’t care, because he actually does.”

In an interview with E! News, she opened up more about how things turned romantic between herself and the reality star even though he had a girlfriend. ” I can’t exactly tell you when because I don’t want to spoil anything that happened on the season and that’s part of it. But what I can say is Paulie has always said really, really good things about Danielle. He’s never said a bad word about her, he thinks the world of her. But I think that he found himself attracted to me and didn’t expect that and I think that, I really can’t go into details on anything. I guess if you really wanted to know you’d have to talk to him. He definitely cares about Danielle a lot and everything that he’s doing, even on social media, he tries not to post anything or engage in anything because he doesn’t want to disrespect her and what he had with her, just because she was always good to him and he loved what they had but I think he wanted something else, ” she shared.