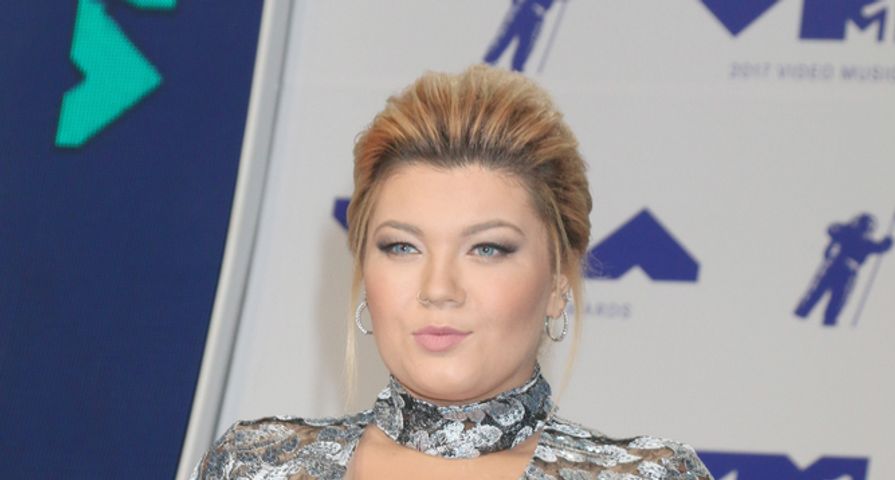 Teen Mom star Amber Portwood is fighting with her ex-boyfriend Andrew Glennon over their son, and also, feuding with MTV over her new boyfriend Dimitri Garcia’s payment.

Portwood is doing everything in her power to get her new Belgium boyfriend a paycheque from MTV, but she’s facing resistance from the network. The Ashley confirmed that Garcia has filmed for the upcoming season of Teen Mom OG since being brought to the United States by Portwood a few months ago.

“Amber flew him to the United States and he doesn’t have a return ticket,” a source told the outlet. “Dimitri doesn’t speak much English, so it’s very hard for [the crew] to communicate with him.”

The source added: “Since Dimitri has been filmed for the show, Amber demanded that he be paid, but the producers told her that, because he is not living in the United States legally and he’s still a visitor, he can’t be paid.”

A different insider told the outlet that Portwood’s closest friends and family members are very skeptical about her new boyfriend.

“He has young kids in Europe that he left to be with Amber in the United States, which made a lot of people think of [Matt] Baier,” the insider told the outlet. “She had only been talking to him a short time before she flew him out here, so it’s a strange situation, and the language barrier makes it even weirder.

The insider added: “Plus he’s almost 40 so he is definitely giving people Matt Baier vibes.”

Last month, news of Portwood having a new boyfriend broke, and the publication The Sun claimed that the pair met after Garcia – who is a fan of Teen Mom – reached out to the star via social media.

In the upcoming season of Teen Mom OG, fans may see Garcia and Portwood relationship timeline since he’s been “staying with her and has been around while she’s been filming,” according to an E! News‘ source.

At this time, Portwood has not confirmed or commented about her relationship with him, and the reality star is taking a break from social media to “move forward in a positive light.”

Currently, not much else is known about him, but Portwood’s ex Gary Shirley and his wife, Kristina Shirley, are following him on Instagram.

As for her ex-boyfriend Glennon, it’s unlikely he and the European have met. A source told E! News that Glennon and Portwood have been filming “separately,” which may be part of a no-contact order that’s in place subsequently after Portwood’s machete assault.