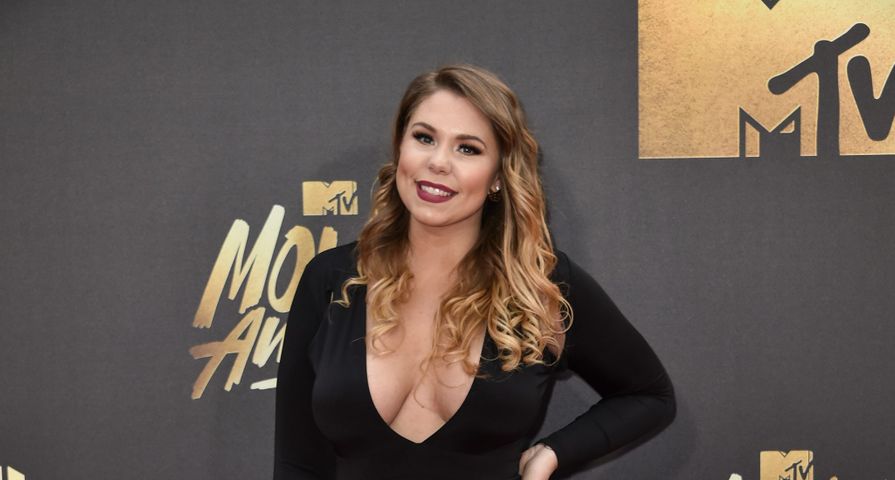 Kailyn Lowry wasted no time in getting close to her new love interest over the 4th of July weekend!

The Teen Mom 2 star hosted a party at her home and invited her longtime friend Becky Hayter to join her. The two are rumored to be an item after they were caught making out with each other earlier this year.

This weekend, Hayter tweeted out a love quote about Lowry. “She’s gonna steal my heart there’s no doubt about it.” Soon after, Lowry retweeted Hayter’s post, and followed up by writing, “I want you to know, I really adore you” and “I should be your girlfriend.”

Lowry’s ex Javi Marroquin didn’t confirm or deny that she’s in a same-sex relationship with Hayter. He merely tweeted, “I’m just going to sit back and…” and then posted a couple emojis of a frog and coffee.

Kailyn confirmed her separation from Javi Marroquin in May 2016 after months of speculation that the couple were no longer together. However, there are reports that the couple aren’t ready to call it quits on their 4-year marriage. A source told RadarOnline that “they are trying to work their issues out and stay together.” The source also added, “I think they both need to work on many aspects of their relationship.”

Marroquin is currently finishing up a deployment with the US Air Force. He cannot confirm the date of his return due to “safety reasons” but said he would be home “very soon.”