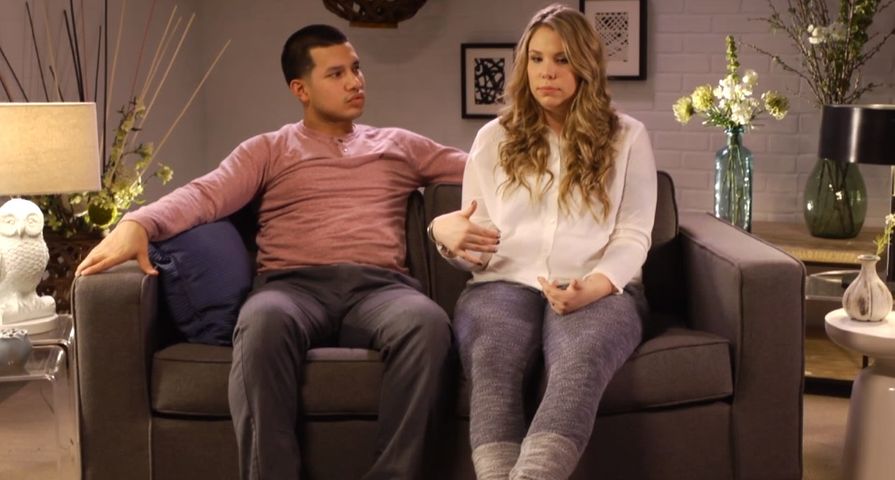 Teen Mom 2: Things You Might Not Know About Kailyn Lowry
Source: All the Teen Moms

With a new season of Teen Mom 2 underway, fans have watched as stars Kailyn Lowry and Javi Marroquin go through their divorce. While at first things seemed rather amicable between the two, lately things have taken a very different turn.

Most recent episodes have focused on blow-out fights between the pair, along with allegations that Kailyn is already dating a new man and was doing so while he was overseas on deployment.

In the present, things aren’t much better between the two including a massive back-and-forth over Twitter, and now Javi has spoken to Us Weekly about his most recent Twitter battle with his ex-wife. While he didn’t go into details about what exactly started the fight, he did say, “I’m disgusted when I look at her,” and made it clear he is “absolutely” done with Kailyn, with whom he shares 3-year-old son Lincoln.

He added that things were actually going well between the two until recently when it came to maintaining a friendship for the sake of co-parenting, “I thought things were going great. [But] a very reliable source came up to me and brought some new things to light that I didn’t know about, so all of that went right out the window.”

On Monday night, following the airing of the most recent Teen Mom 2 episode, Kailyn was part of a live after-show in which she said some things that clearly got under the skin of her ex-husband and began an on-line fight. “I thought we divorced cause she didn’t want more kids? That’s weird,” Marroquin wrote in response to something Lowry said on the show. She later replied, and then deleted, “You blamed me for miscarrying & our marriage was toxic. Why would I want more kids with you?” While the pair have discussed their miscarriage and how Javi did place blame on Kailyn, he stated, “I apologized for that and I have my own little theory that will come up eventually but if she wants to keep throwing that around, so be it. I already apologized on camera to her and she’s lucky I was sleeping when she said that because I had a comeback but she deleted it by the time I woke up.”

Most recently, Kailyn has tweeted, “Call what you want but if I want to be with someone else, I will. Why still be bitter about it?” and “How things were handled shouldn’t have happened but all I (we) should be doing is making sure it doesn’t happen again. Period.”

Now that this new information has been brought to Javi’s attention, he added in his interview that he’s going to approach their split a little differently. “She was so adamant that that was her house when it was really my house,” he said of the Delaware home they once shared. “It’s in both of our names that one, but the rental property is just in my name. With the information that was brought up to me, that’s no longer happening. We’re gonna split everything down the middle and I’m gonna go after everything I’m entitled to.”