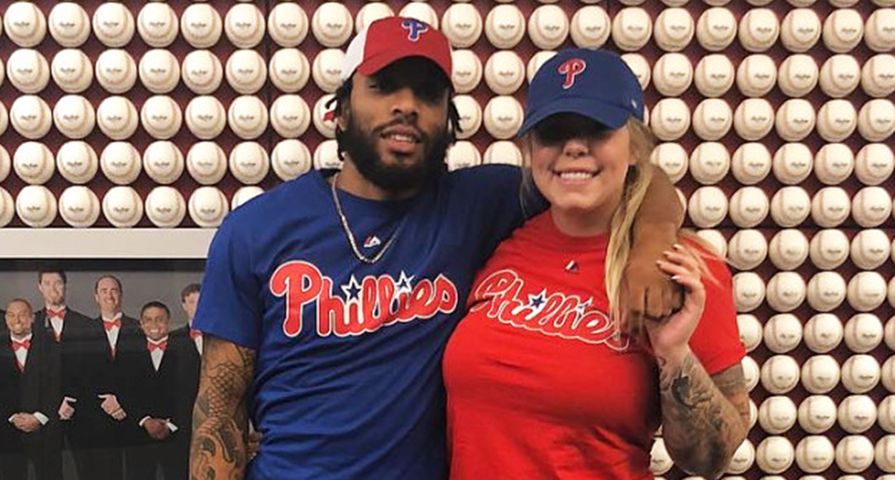 Teen Mom 2 star Kailyn Lowry’s on-and-off boyfriend, Chris Lopez, was arrested on Tuesday, January 21, after he allegedly violated a protective order that was filed against him last year.

According to the documents, “the 25-year-old was held in custody at a correctional facility in Delaware on Tuesday afternoon following a scheduled court hearing in a local family court. Lopez was charged with criminal contempt of a domestic violence protective order and was released the same day after posting his $5,000 bail,” as per Us Weekly.

His recent arrest comes after two other arrests in October 2019, two months before Lowry revealed that she doesn’t have a relationship with him when it comes to raising their 2-year-old son Lux. The Teen Mom 2 star shares 9-year-old son Isaac with former boyfriend Jo Rivera and 6-year-old son Lincoln with ex-husband Javi Marroquin.

“There’s no coparenting right now,” Lowry told Dr. Drew and Nessa Diab during a reunion episode of the MTV show in December. “Right now, he is just working and going to therapy as far as I know. Working on himself … I know he will see Lux when the time is right.”

In the last year, the reality TV star’s relationship with Lopez has been tested and their drama seen on the MTV series. However, the on-and-off couple faced major hardship while rebuilding their relationship when Lopez refused to film for an episode in September 2019.

Lowry shared with Us Weekly six months earlier that Lopez wasn’t interested in being part of the reality series.

“Chris is a huge part of my life,” she said at the time. “I think he kind of feels like it’s my thing. He’s kind of watched [exes] Jo, Javi and other people take advantage of me being on the show and the platform that it brings them. And I think that he doesn’t want to be that person … he also wants to be self-made.”

Lowry has previously told the outlet that she would “ideally” want Lopez to be the father of her next child, but she changed her mind during a March 2019 episode of Teen Mom 2.

“Within the next year, if we’re still doing this, I’m not gonna do it anymore,” she said of her relationship with Lopez. “I’m getting to the point where, eventually, I want to be with someone and raise my kids with someone and have a life together and do all that because I do get so emotional and lonely.”