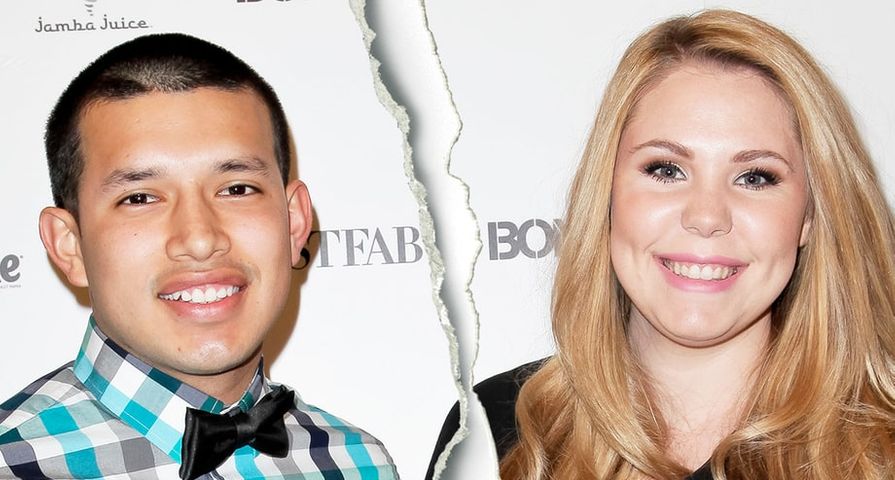 After 2 years of marriage, Teen Mom 2 Kailyn Lowry and her husband Javi Marroquin are calling it quits.

The 24-year-old MTV reality star confirmed the split from Marroquin in an interview with the Daily Mail on Tuesday. “We’re trying to do the best we can for our kids because they are what really matters,” she said. The couple wed in September 2013 and have a 2-year-old son together, Lincoln. Kailyn is also the mother of 6-year-old Isaac from her previous relationship with Jo Rivera.

The couple had a unstable relationship. due in part to a heartbreaking miscarriage that caused the couple to fight. In one episode, Marroquin told Lowry, “It’s like I needed someone to blame. I needed to blame somebody, and I was taking it out on you.”

Another strain on the couple’s relationship was Marroquin’s military deployment overseas, shown in the current season of the show. Lowry and Marroquin struggled through a long-distance relationship that made tensions run high. In this week’s episode, Marroquin grew frustrated with Lowry’s lack of emotion during one of their FaceTime chats. “What emotions go through your body?’ he asked his wife. “Honestly, I just feel like you don’t care. You just don’t even ask how I’m doing.” Lowry didn’t take too well to her husband’s comments, saying “I’m gonna hang up now because that’s bulls—… I’m going to go because this isn’t going anywhere.”

Kailyn Lowry has been a regular on Teen Mom 2 since its debut in 2011.