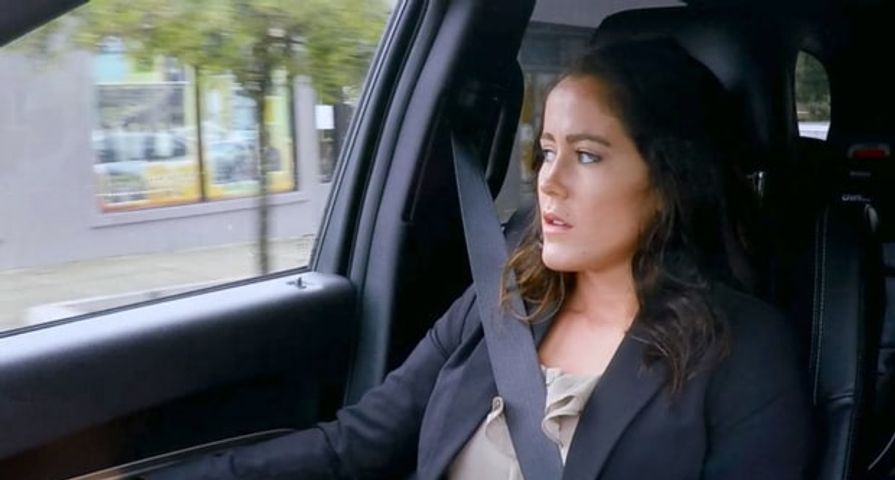 Only two episodes into Teen Mom 2′s eighth season and there has been no shortage of drama, as fans picked right back up with the four moms, Leah Messer, Kailyn Lowry, Chelsea Houska, and Jenelle Evans.

The Monday, January 9, episode saw Jenelle Evans in court…again, after being deemed not guilty of assault in an incident involving her ex boyfriend, Nathan, and his new girlfriend Jessica Henry. This time, they were back in court over custody of their son, Kaiser, and the episode saw Nathan claiming he would get primary custody because he didn’t think Jenelle provided a safe environment for their son. Surprisingly the pair actually settled on a joint custody agreement in which Nathan would get Kaiser on the first, third and fourth weekend of every month.

Meanwhile Kailyn Lowry’s part of the episode revolved around the mother of two getting ready for the return of her husband, Javi, from deployment after the two were still deciding on whether or not they will  divorce, and admitted she did just fine without him around, but they would make the decision face-to-face. In happier news, she also worked on scheduling her classes so that she could finally graduate from her college program, and worked very well with her ex Jo, who took care of picking up their son Isaac so that Kailyn could go to school.

As for Chelsea, her ex Adam Lind was once again causing problems so she decided to meet up with Adam’s other ex and mother to his second daughter. The two discussed Adam’s lies on camera about his time with his daughters, and had a much needed session of telling how it really is with Adam.

Then there is single mom of three, Leah Messer, who had another heart-wrenching doctors appointment for her daughter Ali whose medical issues meant she has to now start using her wheelchair home, and was instructed to wear a helmet when not in the chair because of the frequency she was falling in a day. Then, Leah had to contend with her second ex-husband Jeremy Calvert, who had taken a job far away, is rarely speaking to their daughter Addie while he was away, frustrating Leah.