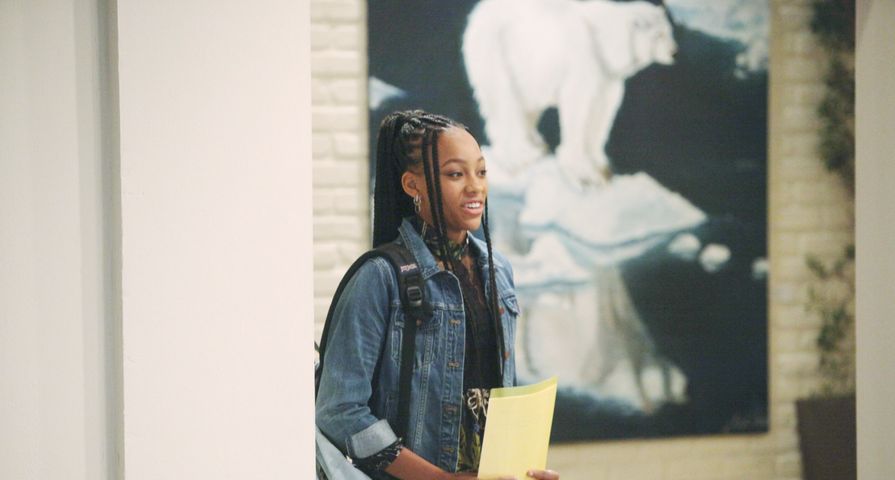 Sydney Mikayla is leaving Port Charles, and her recast has already been announced!

“I have loved working on General Hospital (GH), but I feel like this is the right time to dive in and enjoy my college experience to the fullest,” Mikayla told Soap Opera Digest in an exclusive.

“The cast has become family and bringing the character of Trina to life has been one of the best experiences of my career thus far,” she continued. “Thank you to Frank [Valentini, producer] and the entire team for believing in me and giving me this wonderful opportunity.”

“I will miss working with everyone every day, but I am excited to see what is to come for the show,” she added.

Mikayla took up the role of Trina Robinson in 2019 and became the heart and soul of Port Charles’ teen scene for many viewers. In 2021, she was nominated for a Daytime Emmy in the category of Outstanding Young Performer In a Drama Series.

In October, Mikayla dropped down to a recurring contract in order to dedicate more time to her education at University of California, Los Angeles (UCLA).

“We love her and are sad to see her go,” Valentini added, “but of course support her decision and wish her the best.”

Mikayla leaves the role during a time of crisis for the character. Not only is Trina immersed in some awkward teenage hijinks with Josslyn (Eden McCoy) and Cam (Will Lipton), but viewers were also anticipating her reunion with Spencer (Nicholas Chavez).

Although Mikayla’s last air date is slated for March 17th, Trina will remain in Port Charles as actress Tabyana Ali has been recast in the role.

“We’re excited to welcome Tabyana Ali and see what she’ll do with the role of Trina,” Valentini said.