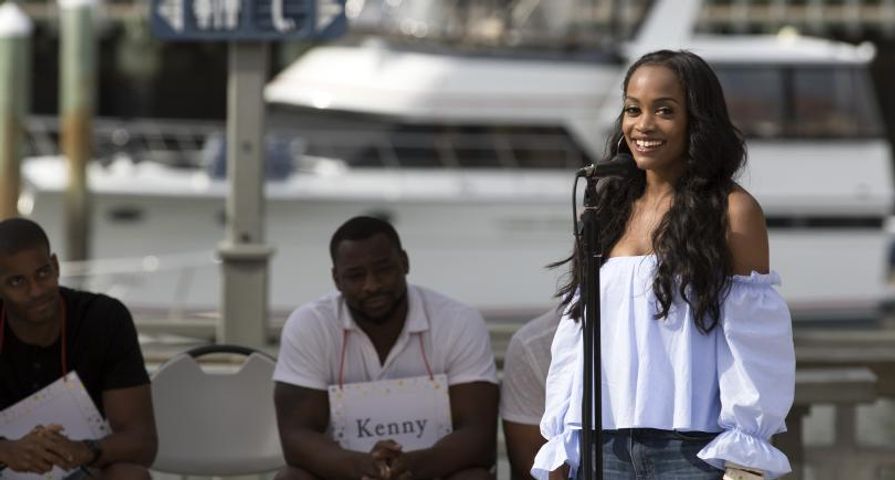 After last week’s eliminations, Bachelorette fans were shocked with the dramatic amount of men cut leaving only a few vying for Rachel Lindsay’s affections. Now that Rachel and her remaining six contestants are in Geneva, Switzerland, fans are gearing up for her finally selecting her final four!

Now that we are getting to know the remaining men, many are making their selections for who Rachel should pick, but is it the guys she does pick? Thanks to Reality Steve we have all of the answers you need, so read on for major spoilers including date details, eliminations and most importantly who (if anyone) Rachel ends up with!

To start off, tonight’s episode probably won’t entail any shocking eliminations as Rachel goes on a 1-on-1 date with Bryan Abasolo, Dean Unglert and Peter Kraus who all get roses leaving a group date with Eric, Adam, and Matt. Out of those three men it is Eric Bigger who gets the rose, eliminating Matt and Adam, and making her official final four Bryan, Dean, Peter and Eric!

After the four lucky men get their hometown dates which sees Rachel visiting Bryan in Miami, Florida, Peter in Madison, Wisconsin, Dean in Aspen, Colorado, and Eric in Baltimore, Maryland, they all travel back to Rachel’s hometown of Dallas where she says goodbye to Dean.

After the overnight dates, and eliminating Eric, Rachel’s season and big decision comes down to Peter vs. Bryan and in the end she chooses…Bryan! Rachel has already been gushing about her happy engagement (without mentioning names of course) so we can only hope things work out for the best for these two!

Do you think Rachel makes the right decision? 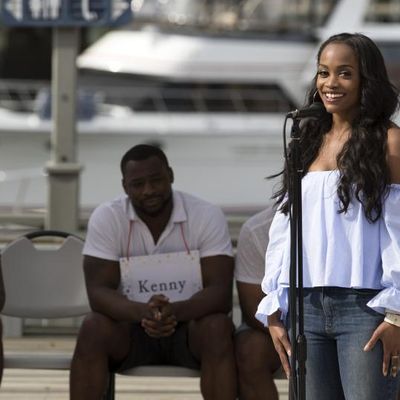