Parry Shen Reveals He Is Not Leaving General Hospital After All 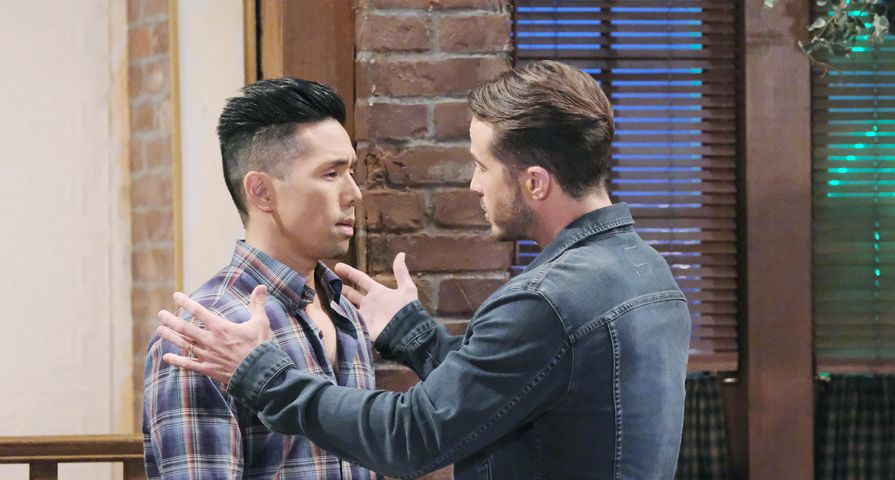 Parry Shen has cleared up rumors that he is exiting General Hospital (GH), after playing Brad Cooper on the soap for almost seven years.

A fan asked him on Twitter yesterday if he was really leaving the show.

“No,” he replied. “Couldn’t say a word to clarify until today’s episode aired, so I wouldn’t spoil it.”

Brad woke up in the hospital on GH yesterday after having been injured in a car accident with his husband Lucas Jones (Ryan Carnes). Shen then admitted on Twitter that his recent Facebook post, implying he was leaving GH, had been “blown outta proportion like a game of telephone gone wrong.”

Shen had recently posted that playing Brad for almost seven years on GH had “been an honor. To everyone in front of the camera, behind the camera and in the audience, thank you for the memories! Eternally grateful.” This led to rampant speculation that he was exiting the sudser.

As viewers know, Brad has been hiding a secret for more than a year. Baby Wiley is not Willow Tait’s (Katelyn MacMullen) biological son. Her real child passed away and Wiley is actually the son of Nelle Benson (Chloe Lanier) and Michael Corinthos (Chad Duell). The only other two people who have been in on the secret are Julian Jerome (William DeVry) and Liesl Obrecht (Kathleen Gati).

Now that Brad has admitted to Lucas that baby Wiley is Nelle and Michael’s son, will everyone else in Port Charles finally learn the truth? And with Lucas in a medically induced coma, due to brain swelling, will he even remember Brad’s confession when he wakes up? Stay tuned to GH to find out!