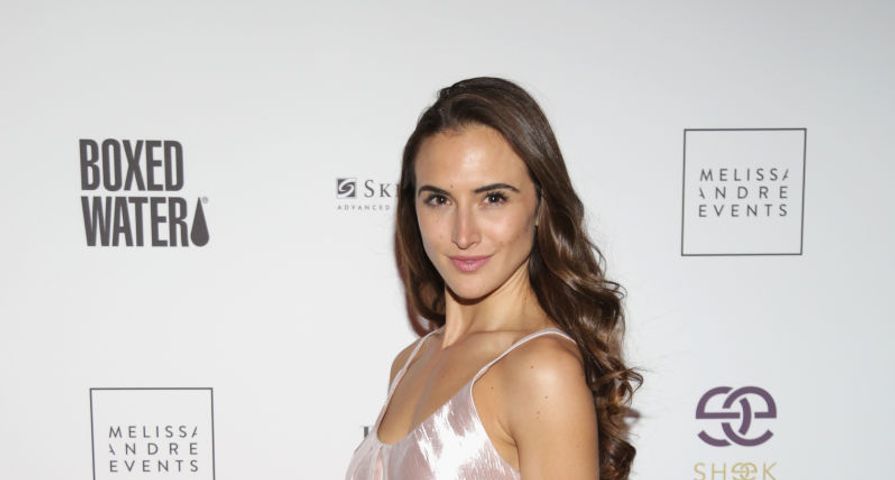 Michelle Argyris has exited General Hospital (GH) as Kendra Lennon. The character passed away on the soap yesterday when Lucas Jones (Ryan Carnes) smashed into her car. In doing so, he saved Alexis Davis’ (Nancy Lee Grahn) life, who Kendra was about to run over.

It was a short stint on the soap for Argyris, as she joined the GH cast during the week of August 26. Kendra was a secretive character at first. She was Alexis Davis’ (Nancy Lee Grahn) personal trainer and seemed obsessed with her. Viewers suspected Kendra was up to something and they were right – she was out to get Alexis and began poisoning her on the sly.

Recently, it was revealed that Kendra was the sister of Kiefer Bauer (Christian Alexander) who, ironically enough, also passed away in a car accident, after Alexis accidentally hit him. Alexis had just found her daughter Kristina Corinthos (Lexi Ainsworth), who had been beaten up by Kiefer, and was rushing her to the hospital. She left the scene of the accident and although she eventually confessed and the guilt over Kiefer’s demise haunted her, she never faced any legal consequences for her actions.

Argyris’ stint on GH wasn’t her first foray into the soap opera world. In 2016, she appeared in two episodes of The Bold And The Beautiful. She has also been on several prime time shows including Shadowhunters, Big Top Academy, Hellcats, Look-A-Like and Keys To The VIP.

What kind of consequences will Lucas face in the aftermath of hitting Kendra, especially since Jordan Ashford (Briana Nicole Henry) didn’t find any skid marks on the road? And will he and husband Brad Cooper (Parry Shen), who are both badly injured, survive the car accident? Stay tuned to GH to find out!