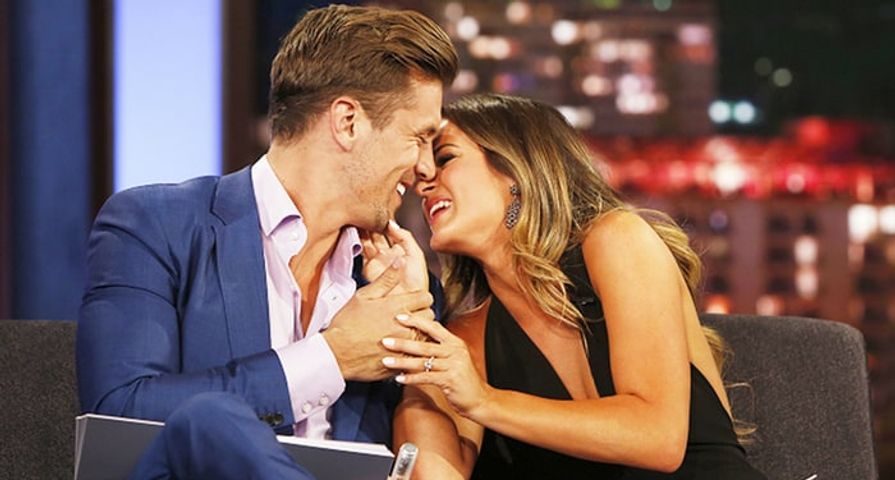 After eight weeks, fans of The Bachelorette finally learned what they already saw coming: JoJo Fletcher chose Jordan Rodgers as the man who won her heart.

After such a long time keeping it a secret, the engaged pair are happier than ever to finally make their love public, and as is tradition, made their first appearance as a couple on Jimmy Kimmel Live! after The Bachelorette‘s three-hour finale.

Although many are still questioning just how genuine Rodgers is, he happily took the challenge of playing the Newlywed Game to find out just how much he really knows about his fiance. The first question went well as both were able to name at least one of the other’s childhood friends, but things quickly went downhill when they were asked to name each other’s favorite song, which neither could do but Rodgers did say, “The Dixie Chicks one that has been playing nonstop for 24 hours.” They then were also not able to name at least one of each other’s grandparents, causing Kimmel to joke, “Maybe you should spend less time watching Netflix.”

Despite not doing so well on the game, the couple revealed in the finale before appearing on Jimmy Kimmel Live that they are ecstatic to finally be able to be open about their love and have already bought a house together in Dallas and plan to move in together immediately. As of right now, there are no definitive wedding plans but JoJo revealed she has been in contact with Jordan’s mom on starting the planning process. 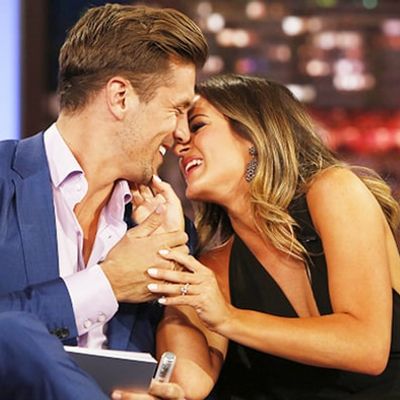