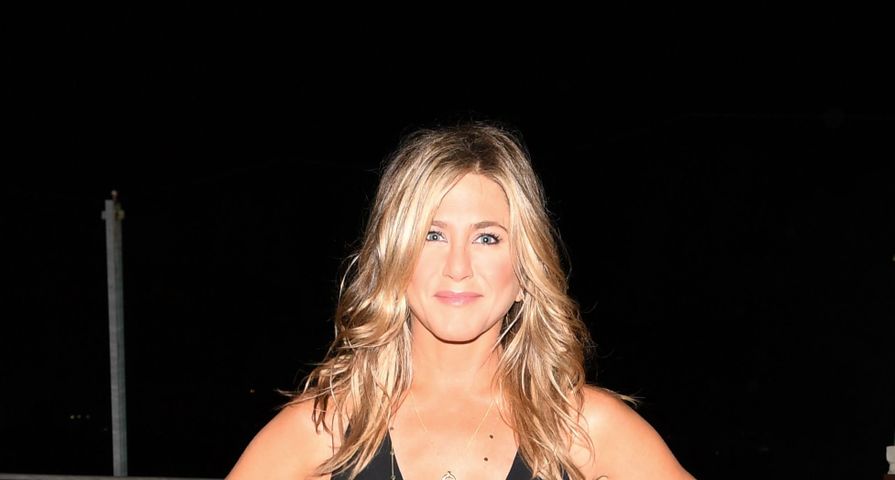 It seems like everybody wants to be Friends with Jennifer Aniston!

After the beloved actress officially joined Instagram on Tuesday, October 15, she broke the internet and some world records.

It has been confirmed that the 50-year-old star broke the Guinness World Records title for the fastest time to reach one million followers on Instagram in five hours and 16 minutes. The record was previously held by the Duke and Duchess of Cambridge, Prince Harry and Meghan Markle.

The royal couple previously held the title when they launched their Instagram account in April and broke the title in five hours and 45 minutes.

Of course, it helped that Aniston had one of the best inaugural Instagram posts of all time after she joined and promptly shared a photo of the entire Friends cast together from when they were out recently having dinner. “And now we’re Instagram FRIENDS too. HI INSTAGRAM,” she captioned the photo.

So many people tried to access Aniston’s Instagram page at once that her page quickly crashed causing Instagram to make a statement: “We are aware that some people are having issues following Jen’s page — the volume of interest is incredible! We are actively working on a solution and hope to have the page up and running smoothly again shortly.

Last week, the 50-year-old revealed on The Howard Stern Show that the entire cast had dinner earlier in the month, and while a few photos were shared of some of them, Aniston’s was the first photo to prove that David Schwimmer, Courteney Cox, Matt LeBlanc, Matthew Perry, and Lisa Kudrow really were all there.

“We just had dinner this week. The whole gang. Everyone was there,” she said on The Howard Stern Show last week at the launch of the new SiriusXM Hollywood studios. “[David] Schwimmer was in town and we all happened to have a window of time, so we all got together. We laughed so hard.”

“We all miss it every day,” Aniston told Stern of the show. “I would be nothing without it.”