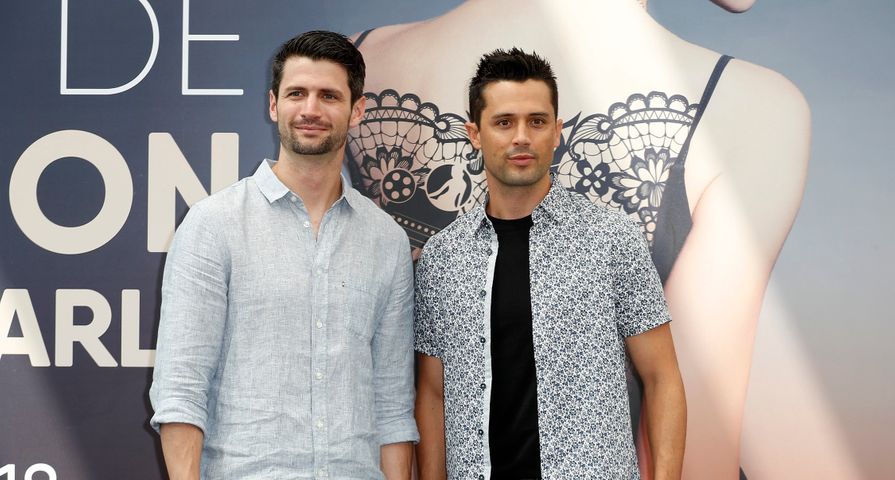 Despite the fact that One Tree Hill has been off the air for six years already, fans are still as passionate as ever about the show’s cast and they can’t get enough of the strong friendship between James Lafferty and Stephen Colletti.

While the two didn’t appear on-screen together all that often during the series’ run, behind the scenes they became best friends, and now they are opening up about their joint new series Everyone Is Doing Great.

“We came up with the idea around five years after One Tree Hill had ended, so we found ourselves in this road where, really, what’s coming next? It’s fun but there are tricks your mind plays on you, and we found a lot of comfort in being able to laugh at that situation,” Lafferty told Us Weekly. “We were like, ‘What kind of characters can we create? How can we use humor to help them work through this situation?’ There was a moment we’re, like, we’re experiencing these circumstances where we can find humor in. Let’s just try this out.”

The two created the series and also star in it as Seth played by Colletti and Jeremy played by Lafferty, two actors who found success on a hit vampire TV series Eternal, but struggled to find the same success after the show came to an end. Considering it sounds eerily similar to both rising to fame on One Tree Hill, Lafferty said their characters do reflect them a little bit. “Jeremy represents that scared little boy in me that’s always second guessing themselves. I think everyone has that inside themselves, who is a little insecure and is looking for answers. That’s how I can connect with him,” he explained. “This guy is the worst, least self-confident version of anyone you can play. It’s almost like therapy in a way, to give a voice to that person that’s second-guessing themselves constantly. You deal with rejection constantly as an actor. Jeremy is one side of that.”

For now, the pilot episode of Everyone Is Doing Great is being pitched at TV festivals with the hopes that a network wants to pick it up, and if it does, Colletti and Lafferty already have the first season written.