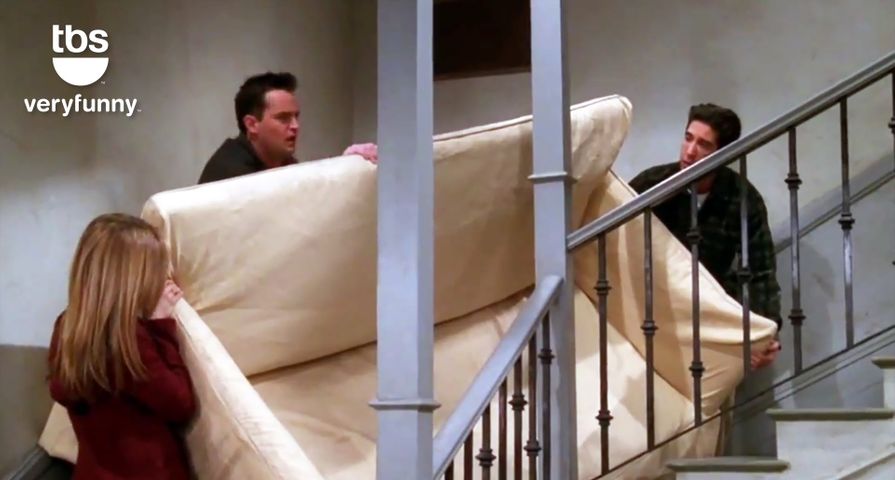 Fans of Friends spend a good deal of their time laughing out loud when watching the show.

Episode after episode can be watched again and again and it never gets any less funny, but there are a few most memorable and iconic scenes that have stuck with fans for years. It is safe to say that no fan who has seen the season five episode “The One with the Cop” hasn’t done a successful move into a new place without yelling “Pivot!” at those helping them, all thanks to the gut-busting scene in which Chandler and Rachel try to help Ross move a new couch into his apartment.

Over the years fans have seen goofs where another one of the actors are laughing in the background because they just can’t help it, and it is remarkable those moments weren’t caught more in episodes because it could not have been easy to keep a straight face when filming.

Luckily the blooper reels are just as great as the scenes themselves, and for those who haven’t seen the bloopers from the “Pivot!” scene, it is truly hilarious as David Schwimmer, Jennifer Aniston, and Matthew Perry just can’t keep it together.

Check out the hilarious video: