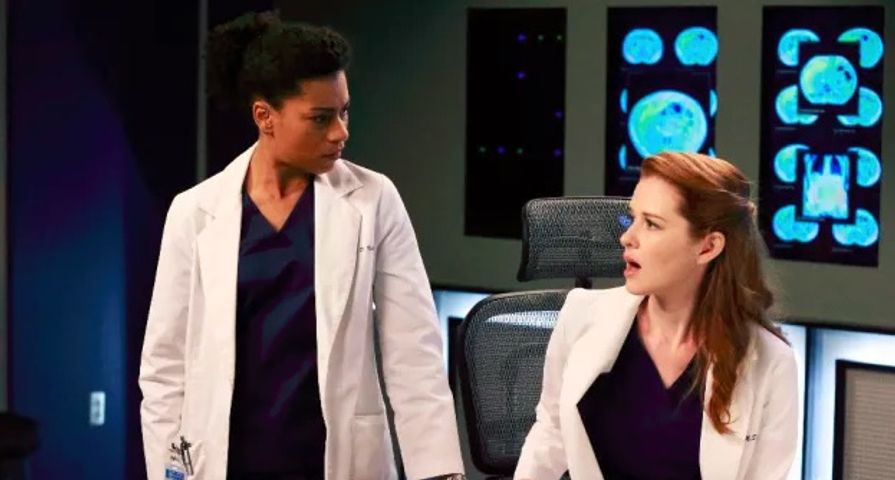 Ahead of her exit from Grey’s Anatomy at the end of season 14, longtime star Sarah Drew has a message for fans.

The actress, who is best known for her role as Dr. April Kepner, is fed up with those who are attacking her co-star Kelly McCreary who plays Dr. Maggie Pierce on the medical drama.

“I need to say something to some of you. I say ‘some’ because I know that many of you are not participating in this,” Drew, 37, tweeted on Tuesday, May 8. “Look, I know these characters mean so much to you — believe me, they mean a lot to me too — but I do not feel defended when you attack my friends.”

Drew is referring to those who are personally attacking McCreary due to the fact that on the show her character is now dating Jackson Avery who was once married to Drew’s April Kepner.

Back in early March it was revealed that neither Sarah Drew, or Jessica Capshaw who portrays Dr. Arizona Robbins had their contracts renewed past the end of season 14, meaning with the finale approaching, the show has begun wrapping up their storylines.

“Hey guys. Thank you for all of the love. I know you’re sad. I’m sad too. I haven’t really had the time to process this information,” Drew began her note on Twitter after the news broke. “I’ve been with it for less than 48 hours, so I’m not ready to say my thank yous and give an all encompassing statement about my 9 years here. That will come later