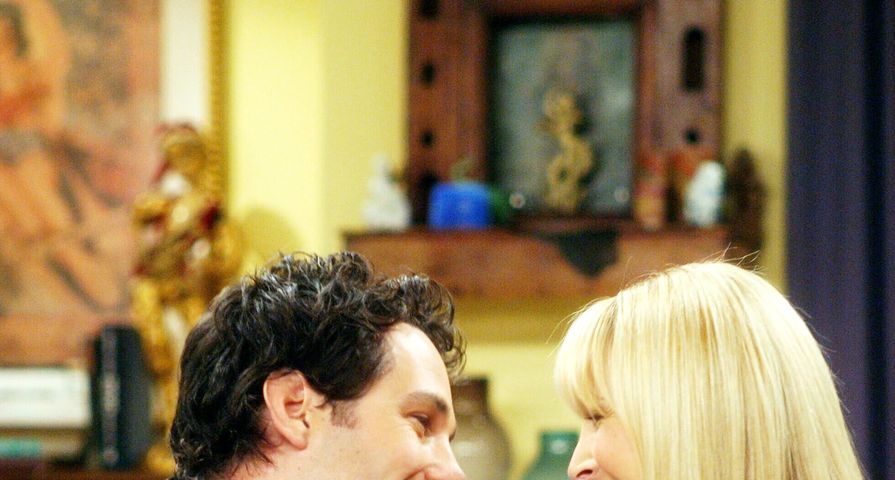 “There was definitely a possibility of that,” Crane revealed to RadioTimes on Monday. “I mean, we didn’t definitively know [who she’d end up with].”

He added: “They’re both amazing actors. I mean, both Paul and Hank are fantastic, and fantastic with her. We sort of went back and forth.”

David, also nicknamed “the Scientist Guy” on the show, fell in love with Phoebe earlier in the sitcom’s series, but the two unfortunately split after he received an academic grant for a three-year research trip to Minsk, Russia. He asked Phoebe to move with him, but she declined. Years later, he returned to New York with hopes to win his old love back.

On the show’s final season two-part episode, “The One in Barbados,” David proposes to Phoebe, but she turns her ex down in favor of being with Mike. Phoebe then goes on to marry Mike in “The One with Phoebe’s Wedding.”

“I don’t even remember all the pieces that led to where we landed, but yeah, it could have gone the other way,” the co-creator said. “Phoebe would have been great with either one.”

Kudrow, who won an Emmy Award in 1998 for her portrayal of the character, confessed on Kevin Nealon’s YouTube series, Hiking with Kevin, in September about how she “struggled” early on with the role.

“I had played dumb girls [before] but it wasn’t really me,” she explained. “I feel like, ‘sh-t, I tricked them in the audition.’ I was the only one who could cope with the audition process and that’s how I got it, I think. So I had to work hard at being Phoebe.”

After three seasons of “struggling” to play Phoebe, Friends costar Matt LeBlanc gave the star some advice, which helped her nail the character’s unique persona.

“I remember Matt LeBlanc going, ‘What’s going on with you?’” she recollected. “And I said, ‘I don’t think I have it. I don’t know what I’m doing.’ And he went, ‘You’re her, relax, you got it. You’ve been doing this f-cking character for three years. You’re working too hard, that’s your problem. You don’t need to work this hard, relax.’ He was right.”

Nealon then asked the star if she noticed her acting change from season 1 to season 5, and Kudrow admitted, “I haven’t seen the show.”

“You’ve never watched it?” he questioned. “You’ll wanna watch it.”