Farrah Abraham Says She Explained Her Arrest To Daughter Sophia 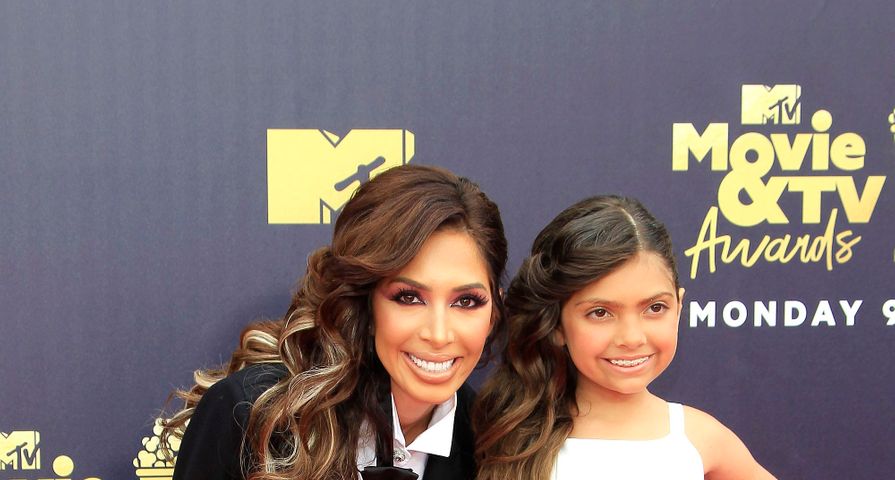 Following her arrest last week, former Teen Mom OG star Farrah Abraham has opened up about what she told her daughter, 9-year-old Sophia, after the incident.

While attending the 2018 MTV Movie & TV awards which were taped on Saturday, June 16, Abraham posed on red carpet with her daughter and when asked if she talked to Sophia about the arrest in which Abraham was booked for misdemeanor battery and trespassing, she said, “I actually did explain everything to her.”

“As it happens, you gotta just say unexpected things may occur and you just gotta keep your cool.You can be so nice to a certain extent and then it’s like, ‘Whew.’ People will try to ruin your career and you do nothing to have that happen.”

She continued: “I’m just working hard and we are on track. I’m just thankful I didn’t get really in trouble because I really would’ve been sad about that, if it were my fault.”

Abraham added that she is being more careful with herself and her group of friends in the wake of the incident, “We had to go out last night for events and I was just very strict with my team about — hey, if someone has to go to the bathroom, we’re not leaving each other alone. Always have a buddy. Don’t be left alone and don’t be out until a certain hour.”

As previously reported, Abraham was arrested at The Beverly Hills Hotel after she got into an altercation with other guests and when things got heated, an employee intervened causing Abraham to allegedly strike him.

After the arrest Abraham released a couple of statements insisting she did nothing wrong and was instead “targeted” because she is a celebrity.